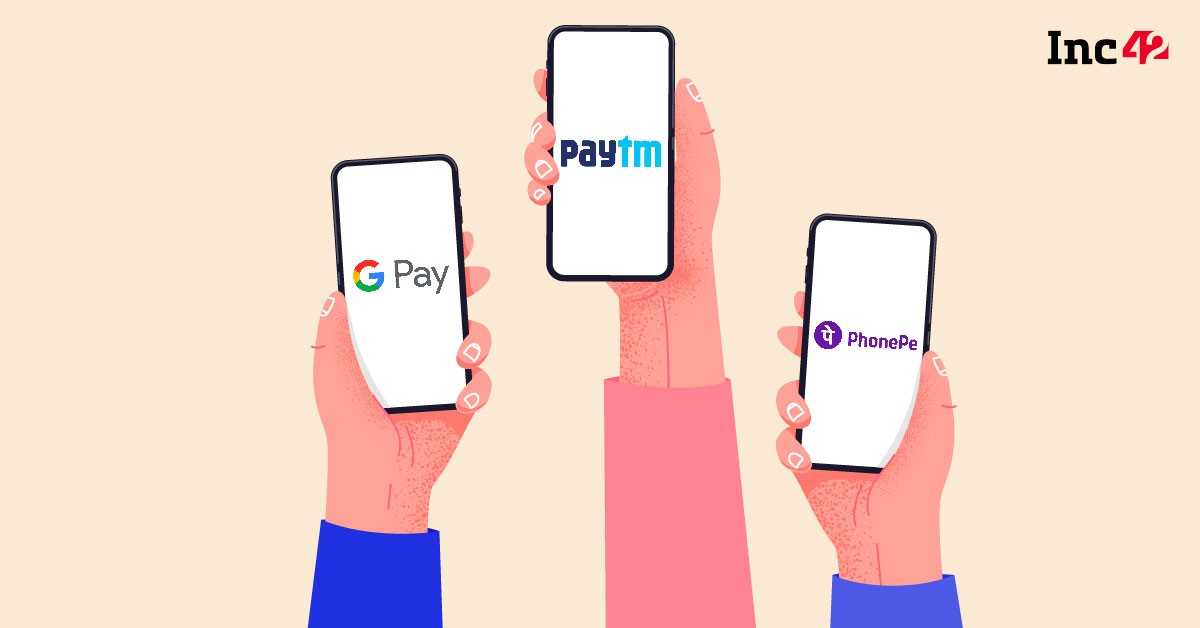 WhatsApp recorded a mere 61.8 Lakh but the transactions volume was INR 502 Cr – maintaining volume momentum despite the cashback feature being rolled back

UPI transactions crossed the 6 Bn mark in July 2022 and 96.47% of the transactions were led by PhonePe, Google Pay and Paytm. While PhonePe commanded a 47.67% share of customer transaction volumes on the Unified Payment Interface (UPI), Google Pay bagged 33.9% and Paytm owned 14.87% of the UPI market in transaction count. 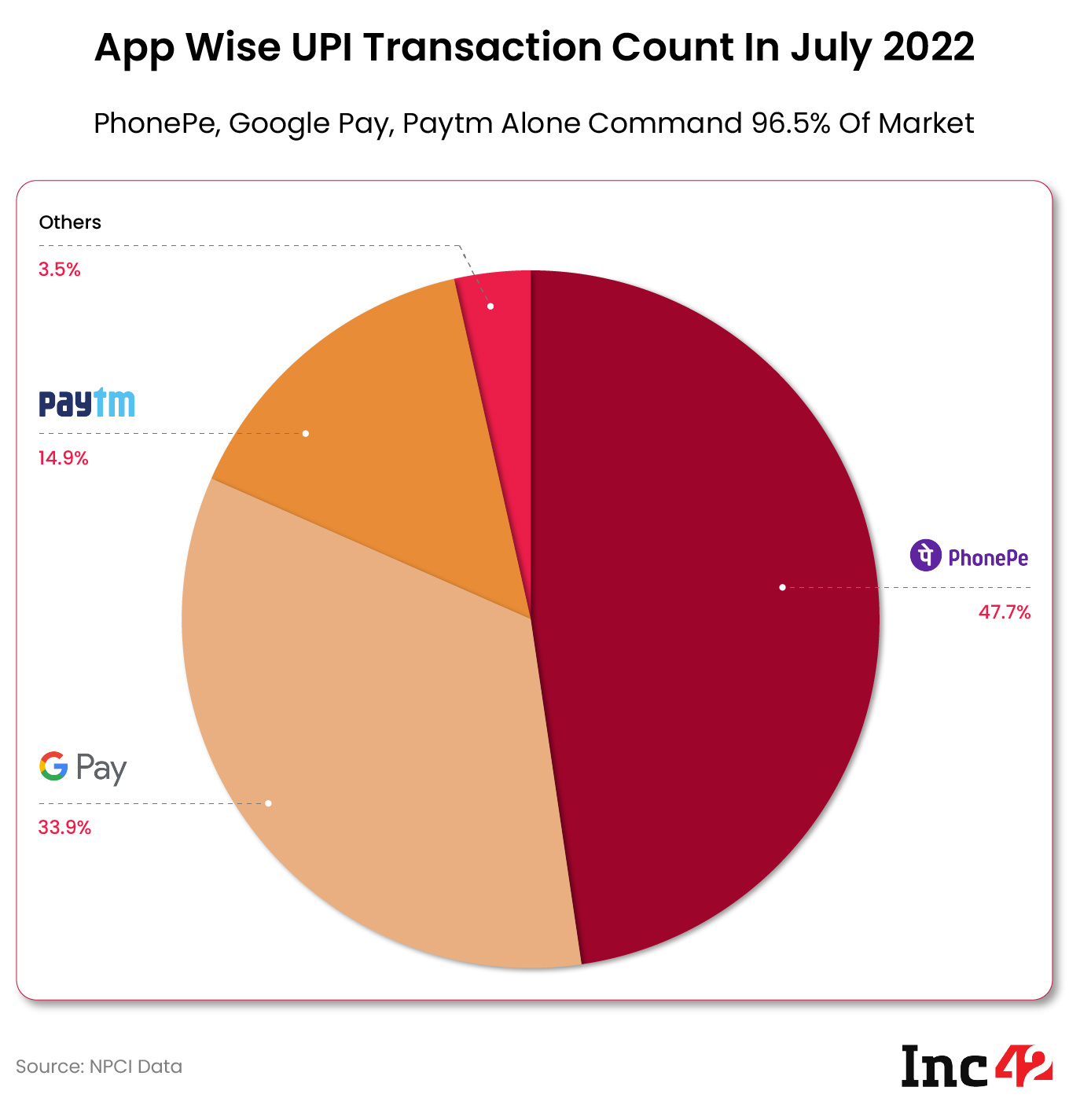 According to data shared by the National Payments Corporation of India (NPCI) in July 2022. PhonePe recorded transactions worth INR 5.24 Lakh Cr, Google Pay worth INR 3.67 Lakh Cr and Paytm worth INR 1.11 Lakh Cr. In transaction volume, the trio owned 94.33% of the market. 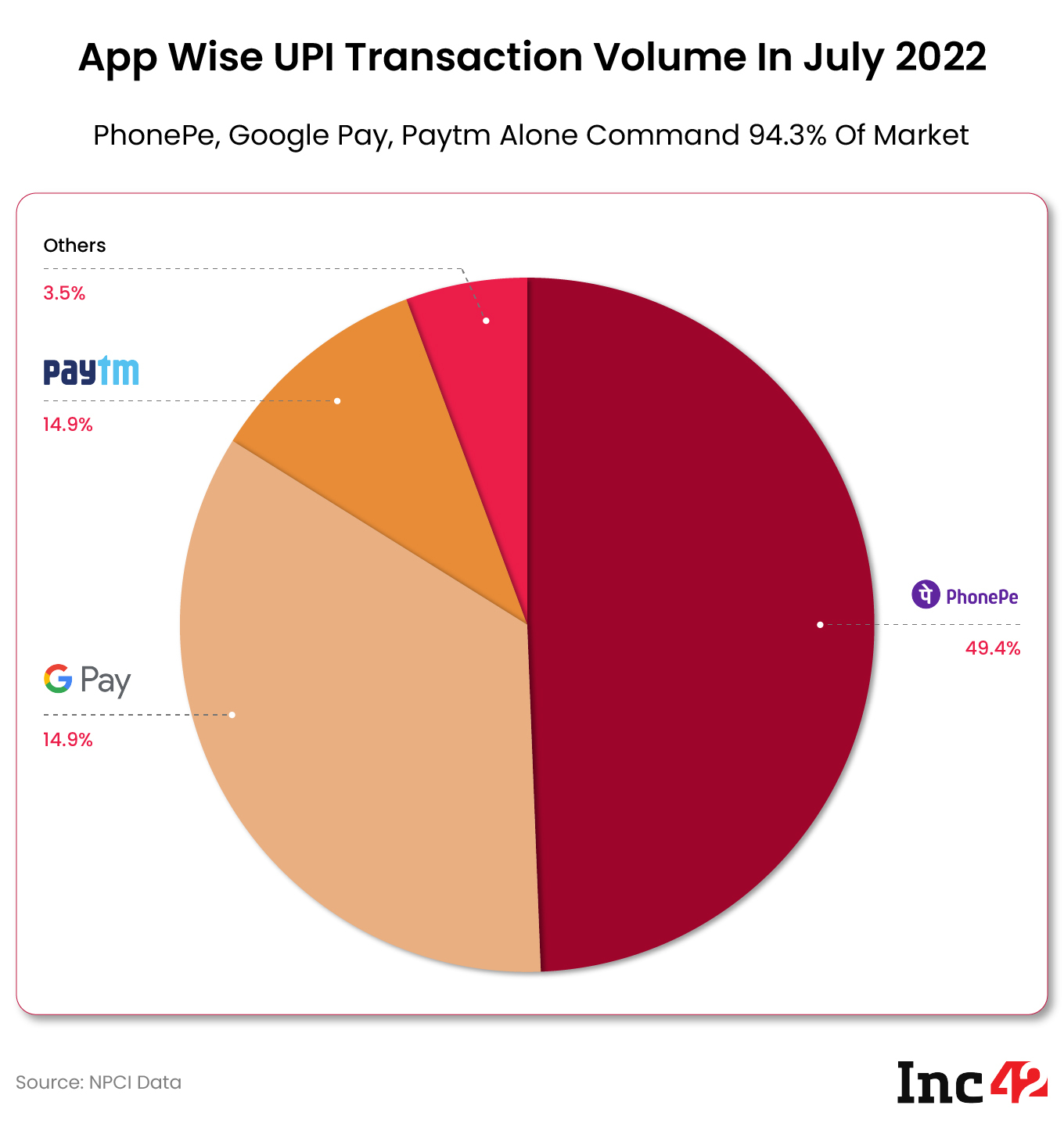 Since the beginning of the year, the trio have maintained the mantle of holding 95%+ of the UPI market, evenly contributing to the UPI growth throughout the years.

One of the most interesting trends visible amongst apps providing UPI was WhatsApp’s growth. As the NPCI allowed the messaging giant to roll out the UPI feature to 100 Mn users, in June 2022, its payment feature recorded 2.3 Cr (230 Mn) UPI transactions worth INR 429.06 Cr.

The average ticket size of the transactions was INR 186.55, signalling that only an incentive drove users to transact using the payments feature of the messaging platforms.

But as the cashback feature was removed, WhatsApp recorded a mere 61.8 Lakhs but the transaction volume was at INR 502 Cr. That is, the momentum of payments stayed, even though the number of transactions became 1/37th. This time, the average ticket size was INR 813 – a significant rise.

​​In an all-cash deal, Microsoft will buy Activision Blizzard for $68.7B – TechCrunch

How to Find Image Sources For Proper Attribution or Research