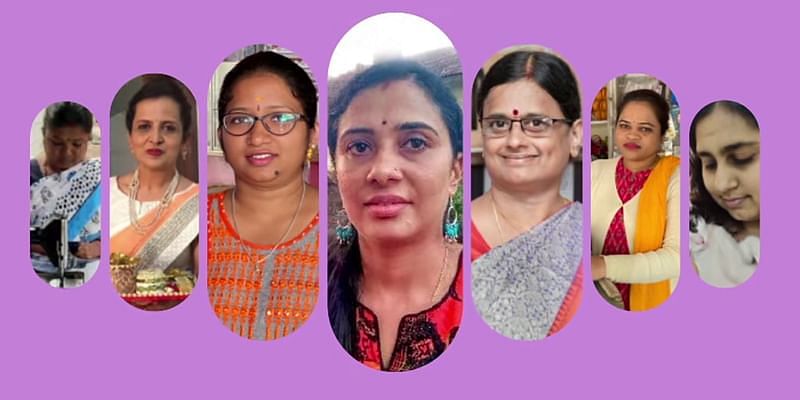 In this day and age where the paradigm is slowly starting to shift from ‘behind every successful man is a woman’ to ‘behind every successful economy is equitable participation from women and men’, it is the responsibility of the business ecosystem to promote and bring to the fore women-led ventures so they can play bigger roles and help empower other women.

Intending to do just that by providing women a platform to showcase their businesses, PhonePe launched the StreeEO initiative, ahead of Women’s Day on March 8.

The campaign aims to put the spotlight on women-led and run businesses across the country and help them reach a bigger audience via PhonePe’s user base of over 250 million, as well as its social handles.

Commenting on the campaign, Richa Sharma, director of brand marketing at PhonePe said,

“With over 280 million registered users and over 17.5 million merchants, PhonePe is a partner to progress for Indians in line with your brand philosophy ‘Karte Ja. Badhte Ja’. With women comprising a large part of our user and merchant base, we kicked off the #StreeEOs initiative to recognise and celebrate Indian women entrepreneurs whose role is not often given due credit. We aim to do so by aiding the discovery of women-owned businesses on PhonePe and beyond.”

PhonePe’s initiative could provide a much-needed shot in the arm for female-run businesses, especially considering women constitute only 14 percent of the total number of entrepreneurs in the country, according to the Ministry of Statistics and Programme Implementation.

Experts have agreed that countries that don’t help their female citizens realise their full potential lose out on significant innovation, economic growth, and job creation. In India, measures to close the gender gap could lead to a 6.8 percent gain in GDP, a study published by the International Monetary Fund in 2018 showed.

Another study by Mckinsey Global Institute showed that advancing women’s equality in India could boost its GDP by $0.7 trillion in 2025 – or 16 percent – as compared to the ‘business as usual’ scenario.

Weak engagement by users with women-run businesses, a lack of support system in an inherently male-dominated domain, a lack of access to finance, masculine corporate culture, and gender biases are some of the biggest barriers to growth for shepreneurs.

Startups with large platforms, such as PhonePe, can play an instrumental role in bridging some of these gaps.

“The role of women entrepreneurship is critical to India’s economic growth and this is our small attempt to level the playing field for women-owned businesses and help them move forward,” said Richa.

PhonePe app users will be greeted with a StreeEO campaign banner until March 10; clicking the banner directs users to a page with a list of women-run and led businesses. Users outside of PhonePe’s ecosystem will be able to access details about these businesses on a separate microsite the Bengaluru-based startup hosts.

PhonePe hopes the campaign push to its 250 million-strong user base will help women-led businesses network better and get their name out there —  essentially boosting their top and bottom lines.

To get featured, all women entrepreneurs need to do is fill up a basic form provided by PhonePe, which will then be followed up by a quick verification call. Friends and family of women entrepreneurs, or people who know and want to support a woman-run business can also nominate them in a separate form, by filling out some basic information.

How Anyone Can Confidently Show Up on Video

What the COVID-19 pandemic taught the Indian investor ecosystem

How Tamasha is building a live gaming community to play, host and win

‘Learn from mistakes, they are the best teachers’ – 15 quotes of the week on motivation and change