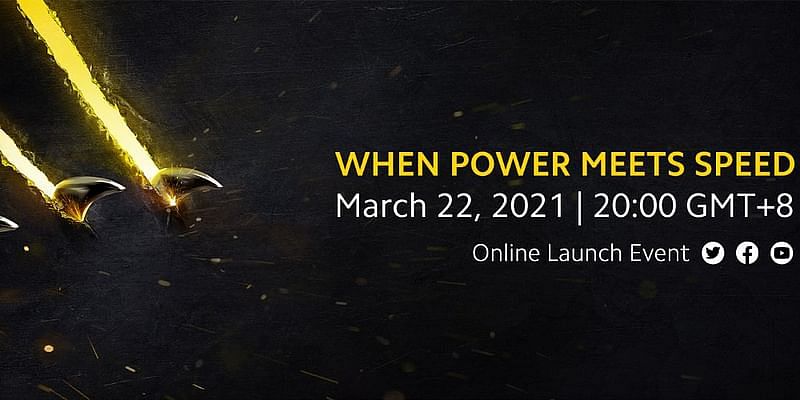 Chinese smartphone maker Poco is all set to unveil two new devices on March 22, 2021. Posting a teaser on Twitter, the company has confirmed the global unveil. This will be almost a week ahead of the India launch, which is slated for March 30, 2021.

While an official confirmation is awaited, the Xiaomi-owned brand is expected to showcase two devices — Poco X3 Pro and Poco F3.

The Poco F3 is expected to be a rebadged Redmi K40 that was unveiled in China last month. The latter is powered by a 7nm Snapdragon 870 chipset. Optics include a 48MP primary shooter, an 8MP ultrawide lens, and a 5MP macro lens. The front camera is a 20MP lens.

The phone does not carry a headphone jack but has stereo speakers. The phone includes a side-mounted fingerprint sensor, accelerometer, gyro, proximity, and compass sensors.

Just like the Redmi K40, the Poco F3 is expected to carry forward the same 4,250 mAh battery, which supports 33-watt fast charging.

In comparison, the upcoming Poco X3 Pro is expected to house a Snapdragon 860 processor, and not the flagship Snapdragon 888. The former is set to be a 4G-only chipset to keep costs under check.

The camera setup is expected to be the same as that of the Poco F3, but rumour mills also suggest the use of a Sony-sourced 64MP shooter.

Poco claims that it will break “the price-performance (P:P) benchmark,” with the new phones. It expects the devices to be priced competitively, possibly undercutting the rivals.

How to Sell Out an NFT Launch