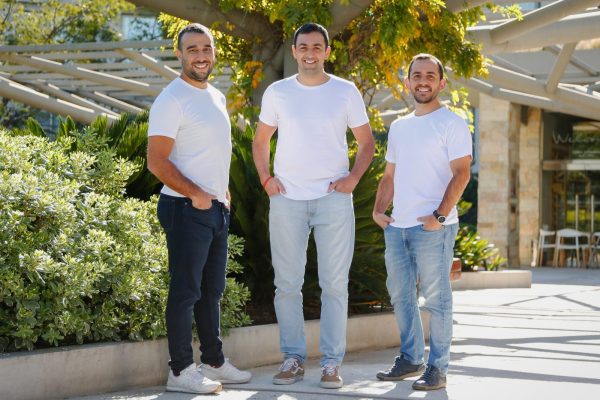 Pomelo, a startup building a fintech-as-a-service platform for Latin America, has raised $9 million in a seed round of funding.

The COVID-19 pandemic has accelerated the adoption of digital payments all over the world, and Latin America is no exception. While the majority of transactions are still done in cash, there are still over a billion cards in the region.

Cards have an estimated payments volume of $900 billion per year, and yet 95% of these transactions are being processed by local incumbents, asserts Pomelo. This is a problem the company’s founders experienced firsthand in previous roles, and are eager to solve by creating a new payments infrastructure.

“We know from previous experiences…that building a fintech, and particularly issuing cards, in Latin America is a real nightmare,” said Pomelo co-founder and CEO Gaston Irigoyen. “It takes anywhere from 12 to 18 months to launch a simple prepaid card, and unfortunately companies have to go through the painful experience of repeating the process in every market where they operate.”

Pomelo’s goal is to solve the problem by creating a new generation of financial services infrastructure that allows companies to build a fintech business and launch cards “much faster” throughout Latin America. For now, the three-month-old company is in its infancy — the pre-product phase, which makes it even more notable that the company managed to raise such a large seed round.

This round caught our eye for a few other reasons. For one, the three co-founders of the Buenos Aires-based startup were former executives at Mastercard, Google LatAm, Mercado Pago and Naranja X. CEO Irigoyen was an early employee at Google LatAm. He is also a third-time founder with two exits (one to TripAdvisor) and former CEO of Naranja X, Argentina’s largest neobank, with millions of customers. Juan Fantoni was the former director of fintech at Mastercard, where he signed issuing deals with a number of large companies. And Hernan Corral was the CPO of Naranja X and previously head of digital accounts & cards at Mercado Pago.

If you’re looking for comparisons to U.S.-based fintechs, Irigoyen said it’s got a little bit of Galileo, Marqeta and Stripe in what it’s building out.

Caio Bolognesi, partner at monashees, said his firm has been very bullish on the financial infrastructure space as a whole. They were drawn to Pomelo in part because its founders had been senior tech executives at leading fintech companies in the region and because many of its portfolio companies had already manifested the need for a better solution in this space.

Index Ventures’ Mark Fiorentino agrees that the company’s founder-market fit was crucial in his firm’s decision to invest.

“They have the DNA of the most well-known payments companies within the LATAM fintech ecosystem… and have lived through the pain points and keyed in on this opportunity through firsthand experience,” he said.

In general, Fiorentino believes that while the need for embedded financial products is becoming increasingly ubiquitous in the Latin American market, it’s important to note that the region “is far from a carbon copy” of the U.S. market with different dynamics.

For one, he said, existing solutions in the Latin American market are either “outdated” offerings from legacy financial institutions or “subpar” iterations from U.S. incumbents.

“It takes over 12 months for a business to spin up a plastic or digital card for itself. And because most legacy processors are owned by banks or large financial institutions that have been around for decades, pricing is inflexible and expensive,” Fiorentino told TC. “And if that wasn’t enough of a headache, stable reliability has been a huge pain point with these issuer processors. Pomelo is building the dev-first, self-serve API solution to address this clear market need.”

Looking ahead, Pomelo plans to use its new capital in part to open offices in São Paulo, Brazil and Mexico City, and hire dozens of people in those cities as well as in its home base of Argentina. The company currently has about 15 employees, 11 of which are engineers. It of course plans to continue building out its offering.

Tips for Selling a Small Business

Why Loan Companies Ask For Your Bank Details And How You Can Ensure Its Safety?

The Startup Magazine What is ESG Due Diligence? And Why is it Important to You?

Look at the data – TechCrunch

RateGain Shares Command A Premium Of INR 60 In Grey Market

Things to consider before starting your business