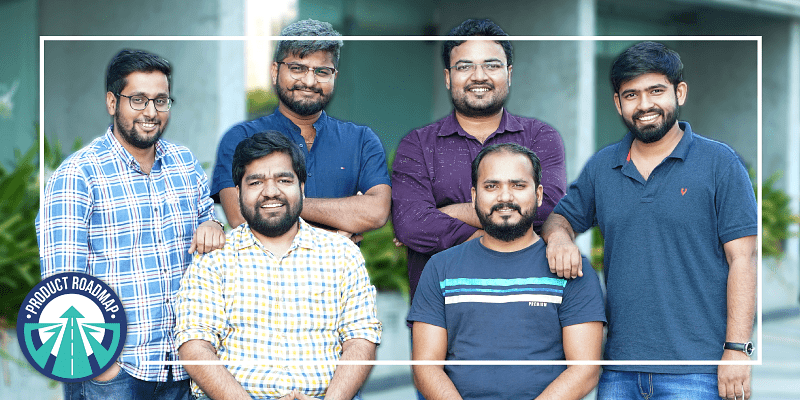 Close to 70 percent of government job aspirants in India come from Tier II, III, and IV cities, according to several media reports. But unfortunately, students from smaller towns do not have access to adequate tech resources to prepare for such competitive exams.

Spotting a demand and supply gap in the test prep market in the country, IIT alumni Ashutosh Kumar and Narendra Agrawal started Testbook in 2014. Manoj Munna and Praveen Agrawal later joined in as co-founders.

“The government recruitment exams have over six crore aspirants appearing online annually, and the numbers are growing exponentially. This market is mostly unorganised and unexplored. It lacked tech-driven learning solutions, which could provide students an accessible and affordable quality learning solution at a mass scale,” says Ashutosh.

He says the company was started with a vision to build a one-stop personalised learning and assessment platform to ensure effective and outcome-driven learning to millions of students.

The platform was initially started as a web-based product with a focus on mock tests and analysis. The test interface was used to simulate the real exam-like experience for users to get themselves acquainted with the interface. After each test, students were given a basic analysis of their performance.

“We had a timeline graph that would give users an overview of all the activities they did on the platform and how they were improving their scores with time,” explains Arpit Oswal, CPO, Testbook.

“Testbook started as a simple website based on PHP-MySQL stack serving a small set of users. Now, we have a strong angular and react-driven micro front-end based website, backed by micro-service driven Golang and MongoDB set of REST APIs, and Kotlin-MVVM based Android app, which has more than 10 million downloads on the Google Play store,” explains Ayush Varshney, CTO, Testbook.

Arpit explains the team started working on the platform by mid-2013 and was planning to launch it before the CAT exam, which used to happen every November. But it got delayed and was launched only in January 2014. “We had to change our target exam from CAT to GATE. It became a huge content problem, as we now had to create high-level technical content in a very short time,” he adds.

“We launched our first android app in 2015 with a focus on just the Practice. Students were provided a question bank to practice and master their subjects. The most interesting thing about the app was its use of gamification techniques,” says Arpit.

The entire user experience was built to encourage users to practice and increase their knowledge level. Each topic’s practice module was divided into five levels – Pawn, Castle, Knight, Rook, and the King. Students had to earn certain XPs (experience points) to move to the next level.

Each level would give them more difficult questions to practice. It also had various subtle gratification experiences built-in. For example, if you get 5 questions right in a row, the product will congratulate you. Arpit says they had introduced daily streaks too for users’ long term retention on the app. It was the first of its kind product in the edtech domain.

However, there was no one in the team who could develop an Android App.

Arpit says: “One of the tech leads decided to learn Android Development himself and that’s how our first mobile application work started. The product experience, the concepts that we had envisioned led to further delay in launch. It took us around four months to finally launch the first mobile app on the Play Store. The effort was all worth it — it was not only loved by the users, but also drew praises from our competitors.”

According to Arpit, what helped the team was having a strong architecture from day one. He says:

“One important learning was choosing the right technology stack.”

“We started using Golang for backend development way back when only Google and a very few international tech companies were using it. Even though it was hard to find Golang developers in India back then, it proved to be very beneficial in terms of compute efficiency at the scale of millions of users and has helped us keep our server costs very low compared to some other companies working at similar or lower scale with NodeJs or Python driven backends,” says Arpit.

Another learning was to have a strong QA process. It helps speed up feature releases and confidence in the product stability.

“For example, we have feedback integrated not only at each class, test, and notes level, but also at each question level. We also conduct a lot of user surveys and direct calls with our students to understand if they are able to make best use of our features. Since our users are mostly Tier-III, Tier-IV students, it becomes important to keep the product super intuitive,” says Ayush.

Ayush adds they have found some innovative technological solutions such as utilising BI tools to speed up data analytics, creating an alert system to ensure there are no human errors in the content or the product, using an efficient git branching model to make it easy for anyone to understand old code, and using a user-friendly build system to make it easy and faster to build apps.

Over the years, the product has come up with more offerings for students. However, the core of the product remains the same – mock tests, the practice module, and the performance analysis.

Working along with the feedback

The initial feedback on the app was very positive and encouraging, but there were many learnings. Arpit says they were able to acquire users, but the retention and engagement metrics were not as expected with the gamified experience, the concepts of the daily streak (to retain users), and good quality content.

“To identify the issues, we reached out to our users for their feedback and to understand why they had stopped using the app,” adds Arpit.

The team had designed the app keeping metro city users in mind, without understanding about the core users – students from Tier II, III, and IV towns. But these concepts were complicated for students from smaller towns and rural areas.

“They wanted something simpler – a set of questions to practice in a well-structured manner. It was the lesson that we learned the hard way – never build a product without understanding your users and their needs,” says Arpit.

Today, some of Testbook’s product offerings include – Testbook Pass and Testbook Select.

Testbook Pass is a single subscription to access 12,000+ mock tests for more than 200 government job recruitment exams. Subscription starts at Rs 129. Testbook Select helps one get live coaching for a particular exam with interactive live classes, a personal coach, and doubt clearing sessions.

It also recently launched Testbook Skills Courses and Testbook Smart Book. The company says it is quintessential for students and job seekers to expand into life skills, particularly skills like communication, leadership, problem-solving, and analytical skills, which are not part of any curriculum, but are relevant for professional growth.

According to the co-founders, in less than three months, nearly 70,000 students enrolled for the life skills courses.

This also resonates with the New Education Policy, which promotes practical skills and gives education a more holistic and multidisciplinary approach.

Speaking about the Smart Book project, the company said it is an innovative effort to reimagine books with the help of data science. It inculcates features like All India rank, comparative analysis, cut-offs, and average time to answer. The book contains questions that are selected based on the user’s attempt and performance data on each question on the platform.

The company’s data science team extracts and processes data points like the speed of answering, maximum time taken to answer, accuracy trend on each question, toppers, and average student’s performances, etc., from the students’ responses on each question.

“We are on track to scale this project to books from all the categories Testbook caters to in four different languages,” adds Arpit.

The market and what lies ahead?

Today, only half of the 70-80 million government job aspirants are enjoying the benefits of online education, according to IBEF.

Since the pandemic started, the edtech sector has been in demand. According to YourStory Research, there have been two to three deals per week, eight to nine per month, and more than 70 from March 2020 to February 2021. These deals include both funding announcements as well as mergers and acquisitions (M&As) that have picked up pace in the last two quarters.

Edtech was also India’s most-funded sector in 2020, fetching a record $2.2 billion in venture capital as per IVCA.

Some of the top players in the space are BYJU’s and Unacademy. Testbook competes in part with Unacademy and other test prep startups. However, its core differentiator has always been its focus on Tier II and III India.

Speaking about the future, Ayush says, “We have highly tagged data of millions of students over the past seven years at each question attempt level. This helps us build ML models to project how the current student’s learning cycle will go and how to improve it. Implementing this is in progress and when done completely could lead to a major improvement in Adaptive Learning for students. We are also trying to calibrate users on various subjects and skills. That is going to be a very valuable algorithm which we are trying to build shortly soon.”

Tesla welcome to set up shop in India, but should not import from China, says Gadkari

India an extremely important market for us, plan to expand beyond audio: Nothing India VP

Of aliens, and IPOs

7 Email Copywriting Tips We Swear By (With Examples!) –