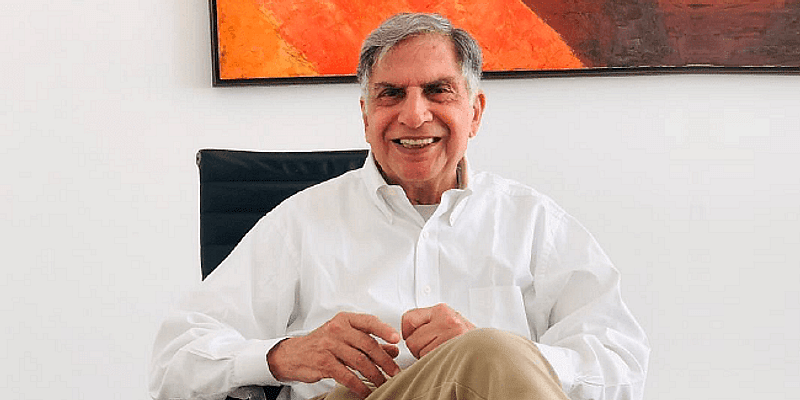 Ratan Tata has once again won the heart of netizens with his heartfelt tribute to the founder of Tata Group of companies JN Tata. He posted a photo on Instagram of himself and his mentor JRD Tata in front of Jamsetji Tata’s statue.

The post, that has garnered nearly a million likes on Instagram, reads, “My best wishes to all the Tata Group companies, the employees, and their families on the birth anniversary of our founder – Mr Jamsetji Nusserwanji Tata, who has inspired us with his empathy and kindness over the years.” People poured wishes and appreciation messages on the post.

He added, “This founder’s day celebration has special feelings and emotions for me, reminding me in so many ways of my mentor Mr JRD Tata.”

Paying tribute to JN Tata, Ratan Tata also shared pictures on Instagram stories from celebrations, where he is seen paying floral tribute to the founder of the Tata Group.

Recently, Ratan Tata was in the news when in February 2021, netizens had stormed to Twitter to support a call by Dr Vivek Bhindra, a renowned businessman and motivational speaker, for conferring Bharat Ratna — the highest civilian award in the country.

Ever humble, Ratan Tata was quick to request people not to campaign for the same. He stated that he considers himself fortunate to be an Indian, and was happy to contribute to the growth and prosperity of the country.

Netizens have often been party to occasional throwback pictures like these ever since he joined the photo-sharing platform in October 2019. Ratan Tata, now the Chairman Emeritus of Tata Sons, has 3.6 million followers on Instagram.

The octogenarian had written in his first post, “I don’t know about breaking the internet, but I am so excited to join all of you on Instagram! After a long absence from public life, I look forward to exchanging stories and creating something special with such a diverse community!”

5 Tips For Setting Up A Successful Pop-Up Store