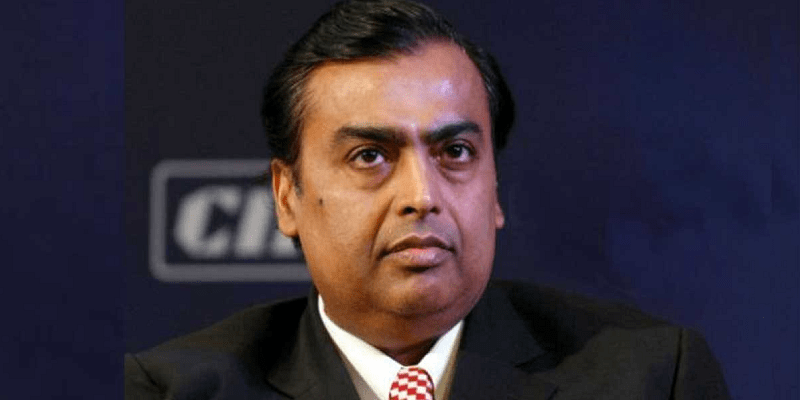 ﻿Reliance Industries﻿ will by 2030 create or enable capacity to generate at least 100 gigawatts of electricity from renewable sources, which can be converted into carbon-free green hydrogen, its chairman Mukesh Ambani said Friday, as he outlined a 1-1-1 vision to bring down the cost of hydrogen to under $1 per one kg in one decade.

The focus on generating electricity from renewable sources of energy such as solar and wind -will help cut carbon emissions in the world’s third-largest greenhouse gas emitter.

The same electricity, when converted into green hydrogen, can replace petrol and diesel in automobiles and other fuels in the industry, helping cut down on the use of fossil fuels, carbon emissions and reduce import dependence.

Speaking at the International Climate Summit 2021, India’s richest man said Reliance will pursue the target of bringing down the cost of making green hydrogen to under $2 per kg initially and ultimately to bring it down to under $1 per kg in a decade.

Green hydrogen produced with renewable resources costs between about $3 per kg and $6.55 a kg.

With abundant sunlight, India can generate over 1,000 GW of solar energy on just 0.5 per cent of landmass, he said, adding that the nation has already achieved the 100 GW of installed renewable energy capacity and the target of 175 GW by December 2022 is now well within sight.

Further, the nation is targeting 450 GW of renewable energy by 2030.

“Green Hydrogen is zero-carbon energy. It is the best and cleanest source of energy, which can play a fundamental role in the world’s decarbonisation plans,” he said.

Hydrogen is the latest buzz for meeting the world’s energy needs. Being the cleanest form of energy, it can be produced from a variety of resources, such as natural gas, biomass, and renewable power like solar and wind. It can be used in cars, in houses, for portable power and in many more applications.

Green hydrogen is derived from water electrolysis using renewable energy such as solar or wind.

Ambani said hydrogen has a high gravimetric energy density and can be reconverted into electricity and heat with zero emissions.

“Although the costs of hydrogen from electrolysis today are high, they are expected to fall significantly in the coming years. New technologies are emerging for hydrogen storage and transportation, which will dramatically reduce the cost of distribution,” he said.

He said efforts are on globally to make green hydrogen most affordable fuel option by bringing down its cost to initially under USD 2 per kg.

“Let me assure you all that Reliance will aggressively pursue this target and achieve it well before the turn of this decade,” he said. “I am sure that India can set even more aggressive target of achieving under USD 1 per kg within a decade.”

This, according to him, will make India the first country globally to achieve USD 1 per 1 kilogram in 1 decade – the 1-1-1 target for green hydrogen.

Calling climate change the most daunting challenge facing human civilisation that can threaten the very existence of life on the planet if uncontrolled, Ambani said the only option is rapid transition to a new era of green, clean and renewable energy.

India, he said, is determined to achieve “azadi” (independence) from dependence on fossil energy and become aatmanirbhar (self-reliant) in new and renewable energy.

“Although India’s per capita energy consumption and emissions are less than half the global average, we are the world’s third-largest emitter of greenhouse gases,” he said. “Because climate change is a global problem, the clean energy transition calls for the widest possible global cooperation in technology development, investments and fair market access.”

Outlining the oil-to-telecom conglomerate’s clean energy plans, he said Reliance has already started developing the green energy complex in Jamnagar in Gujarat with an investment of Rs 75,000 crore.

“Last year, I had announced our ambitious commitment to make Reliance a net carbon zero company by 2035. This year, I presented our strategy and roadmap for the new energy business, which will be the next big ‘value creation engine’ for Reliance and India.

“We have started developing the Dhirubhai Ambani Green Energy Giga Complex over 5,000 acres in Jamnagar. It will be amongst the largest integrated renewable energy manufacturing facilities in the world. This complex will have four Giga Factories, which cover the entire spectrum of renewable energy,” he said.

The four Giga factories will include an integrated solar photovoltaic module factory, an advanced energy storage battery factory, an electrolyser factory for the production of Green Hydrogen, and a fuel cell factory for converting hydrogen into motive and stationary power.

“Over the next three years, we will invest Rs 75,000 crore in these initiatives. Reliance will thus create and offer a fully integrated, end-to-end renewables energy ecosystem to India and Indians,” he said. Prime Minister Narendra Modi has set the goal to reach 450 GW of renewable energy capacity by 2030. Out of this, Reliance will establish and enable at least 100 GW of solar energy by 2030, he stated.

This, he said, will create a pan-India network of kilowatt and megawatt-scale solar energy producers who can produce green hydrogen for local consumption.

Subject Matter Experts: Why You Should Use Them and How to Find Them