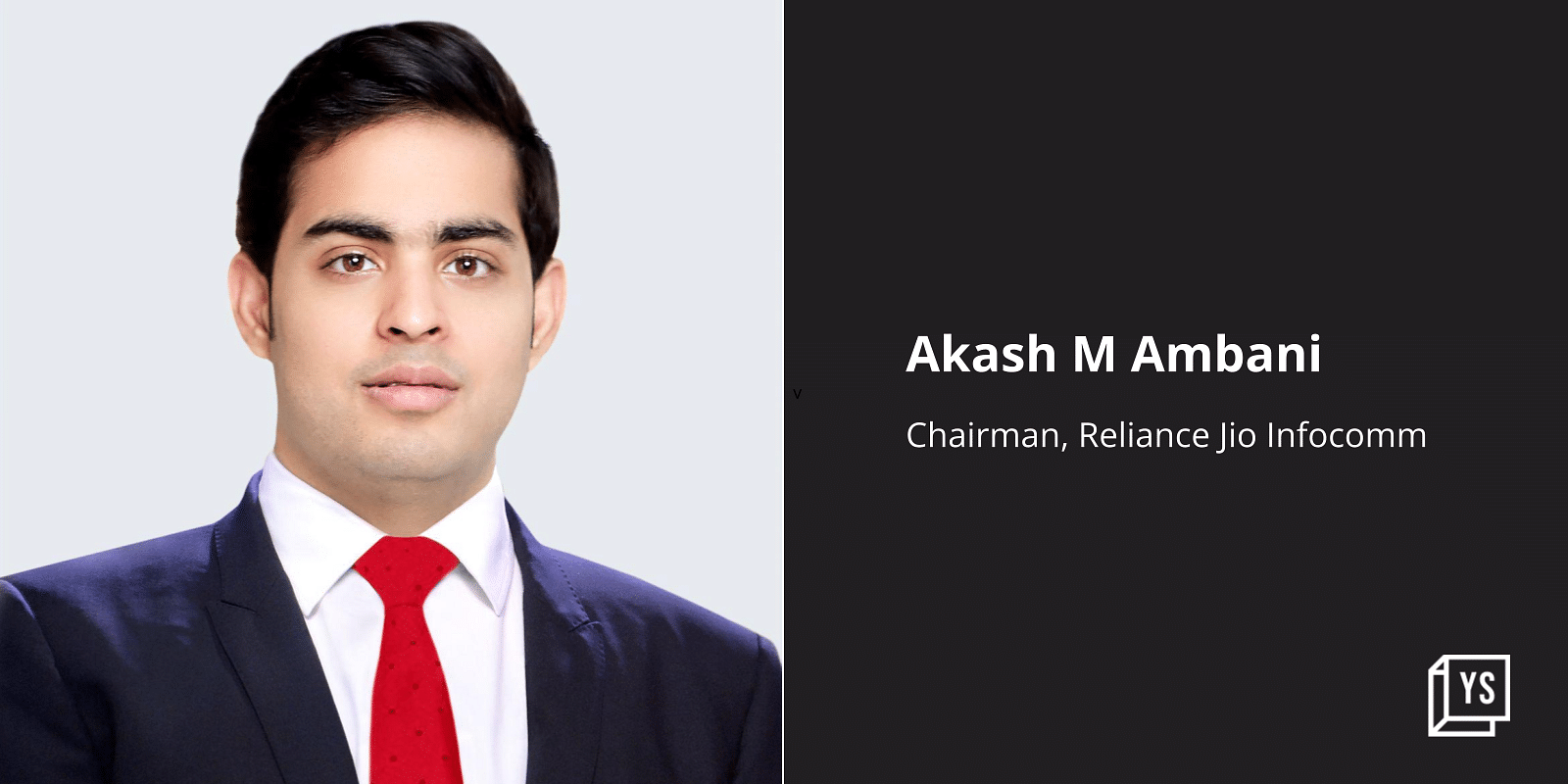 Mukesh Ambani has stepped down as the Chairman of Reliance Jio Infocomm (RJI) and will be replaced by his eldest son Akash Ambani, kicking off the first such succession at Reliance Industries, India’s most valuable conglomerate.

Mukesh Ambani, 65, will continue to be the Chairman of Jio Platforms, the flagship company that owns all Jio digital services brands, including the telecom unit RJI, a Reliance Industries spokesperson told YourStory.

The RJI board of directors, at a meeting on Monday, noted the “resignation of Mukesh D Ambani as Director of the Company effective from close of working hours on June 27, 2022,” the company said in an intimation on Tuesday. It had not been filed with stock exchanges at the time of publishing this article.

Pankaj Pawar, who was instrumental in growing Reliance Retail Ventures, has been named Managing Director of RJI, the company said.

Reliance Jio Infocomm, which launched commercial services in September 2016, had 410 million subscribers as of March 2022. Operational revenue in FY 2022 was Rs 76,977 crore.

Akash, 30, has been involved with the creation of the digital ecosystem around Jio’s 4G proposition, and the Jiophone in 2017, according to RJI.

He also led key acquisitions made by Jio in the digital space over the past few years, and has been involved with the development of new technologies and capabilities, the spokesperson added.

Reliance Industries, the parent company, is India’s most valuable private company with a market capitalisation of Rs 17.11 lakh-crore, as of Tuesday evening.

How can India reskill its workforce for the EV industry?