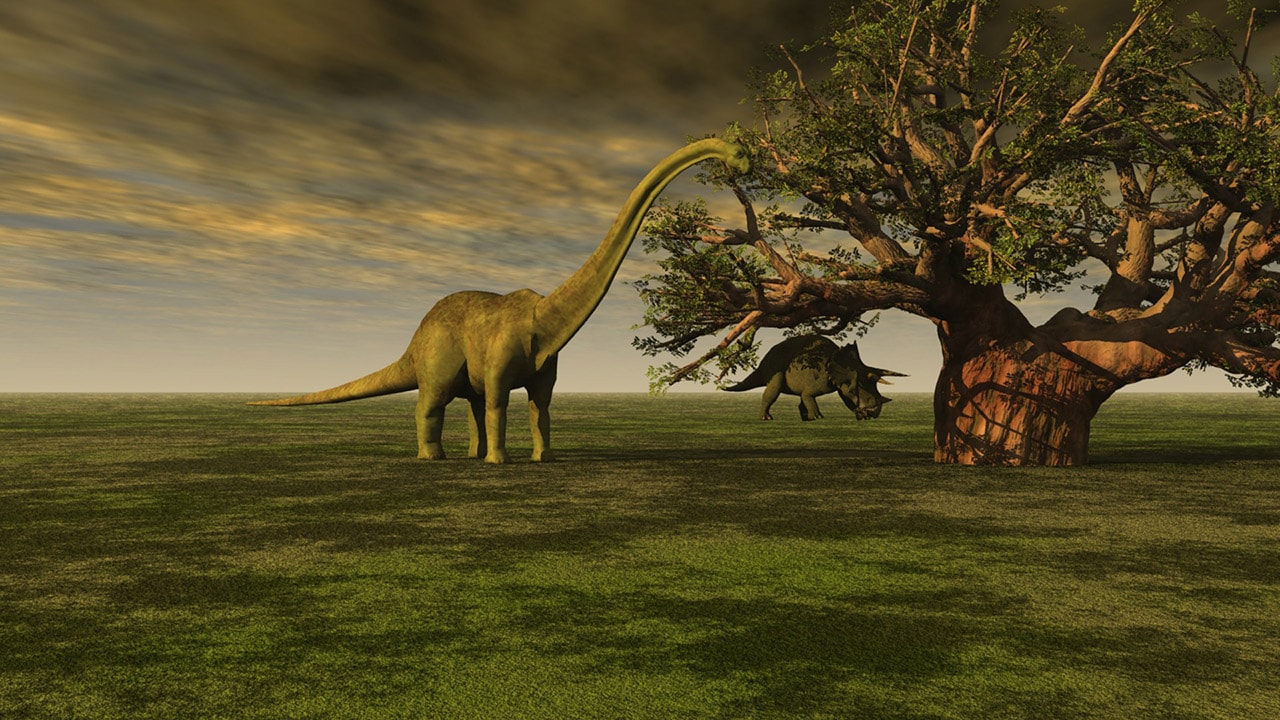 A colossal dinosaur dug up in Argentina could be the oldest titanosaur ever found, having roamed what is now Patagonia some 140 million years ago at the beginning of the Cretaceous period, scientists said Sunday.
The 65-foot (20-meter) lizard, Ninjatitan zapatai, was discovered in 2014 in the Neuquen province of southwest Argentina, the La Matanza University reported on its analysis. “The main importance of this fossil, apart from being a new species of titanosaur, is that it is the oldest recorded for this group worldwide,” a statement quoted researcher Pablo Gallina of the Conicet scientific council as saying.

Titanosaurs were members of the sauropod group – gigantic plant-eating lizards with long necks and tails that may have been the largest animals ever to walk the Earth.

Artist’s rendering of what Savannasaurus elliottorum, a newly discovered species of titanosaur in Australia, may have looked like. Image credit: Travis Tischler/Australian Age of Dinosaurs Museum of Natural History

The new discovery, the statement said, meant titanosaurs lived longer ago than previously thought – at the beginning of the Cretaceous era that ended with the demise of the dinosaurs some 66 million years ago.

Fossils from 140 million years ago are “really very scarce” said Gallina, main author of a study published in the Argentinian scientific journal Ameghiniana.

Facebook will publish an interim report on 2 July as mandated by IT rules, final report on 15 July- Technology News, FP