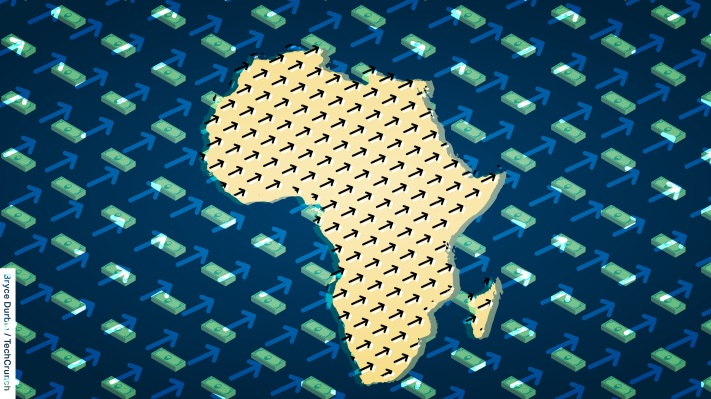 Last year was record-breaking for African startups. I know I’m probably starting to sound like a broken record, but the astronomical growth is worth highlighting again and again.

In this piece, I spotlighted what influenced this venture capital growth — which, at the time, was pegged at a little over $4 billion. But similarly to years past, the total amount raised by African startups varies among different reports.

We first emphasized this issue in a 2019 piece: Did African startups raise $496M, $1B or $2B in 2019? Then, the disparities between venture funding studies were stunningly clear.

The figures were closer together when we carried out another comparison in 2020, with each study reporting between $1.3 billion to $1.5 billion.

This year, we’ll be looking at figures from data-tracking publications: Briter Bridges, Partech and The Big Deal, and not media ones, for the sake of cohesiveness.

It’s important once again to underline that these deal-tracking publications use contrasting methodologies in their reports. From the type of deals reviewed to the definition of an African startup, each factor contributes to the disparities in numbers.

Briter Bridges, for instance, avoids using geography to define an African startup due to factors contributing to business identities like taxation, customers, IP and management team.

Partech Africa covers equity deals in tech and digital spaces and funding rounds higher than $200,000. It also defines African startups as companies with their primary market, in terms of operations or revenues, in Africa — not based on HQ or incorporation.

The Big Deal tracks funding rounds from $100,000 and above and doesn’t have a set definition of what makes up an African startup.

How many deals and how much did African startups raise?

Briter Bridges: African startups raised $4.9 billion in total estimated funding — $4.65 billion disclosed and about $300 million undisclosed. It’s more than a 250% increase from last year’s total funding of $1.3 billion. This funding was raised from over 740 deals, up 25% from 2020.

Fintech and other sectors

A common theme in the three reports shows fintech leading the way, sector-wise.

Briter Bridges: In 2020, the publication reported that fintech companies accounted for 31% of the total VC funding. That number doubled to 62%. Other sectors include health tech (8%), logistics (7%), education (5%) and clean tech (5%).

Partech: According to Partech, fintech, as the top sector, represented 25% of total African funding raised in 2020. In 2021, fintech startups got 63% of the continent’s total investments. Completing the top five is logistics at 7%, edtech at 6%, e- and social commerce at 5%, and enterprise at 5%.

The Big Deal: African fintech startups received 53% of the total VC funding in 2021; it was 49% in 2020. According to the publication, the sectors making up the top five are energy, logistics/transport, retail, and education and jobs.

Nigeria and South Africa are in the top two; Egypt and Kenya switch

The publication didn’t give specific numbers this time, but it said Nigeria, South Africa, Kenya, and Egypt received the most investments in that order.

Partech: Its 2020 report had Nigeria on top, with Kenya, Egypt and South Africa rounding up the top four. Ghana came fifth.

More funding for female-founded startups, or not?

There’s never been a better year for female-led startups raising million-dollar rounds than in 2021. But unfortunately, their representation remains minute due to a faster-growing percentage of male-run startups.

Briter Bridges: In 2020, Briter reported that 15% of the funded startups had women as founders, co-founders or C-level executives.

What was that number in 2021? Briter doesn’t say, but it reveals more frightening stats that go almost a decade back: 3.2% of African VC total funding and 8.2% of deals have gone to all-female co-founded teams since it started keeping track in 2013.

Partech: The publication placed the percentage of investments raised by female-founded startups at 14% in 2020. That number slightly increased to 16%, while equity deals stood at 20%.

The Big Deal: According to the publication, female-founded startups received 18% of African VC funding. When narrowed down to just all-female founders, the number is 1%.

The 2021 influx of cash created a record year for mega-rounds — deals that equal or exceed $100 million. They shoulder much of the investment raised on the continent. Still, despite their appeal, some of these rounds contribute to the distortion in end-of-year reports because of how these publications interpret their operations in Africa.

Partech: 48% of total equity funding went to 14 megadeals from 12 companies. They include OPay, Zepz, Zipline, Andela, Wave, Flutterwave, Chipper Cash (x2), Tala, MNT-Halan, JUMO, TymeBank, PalmPay and an undisclosed round from one of these companies.

Should their rounds be excluded from the reports, venture capital in African startups conservatively falls between $4 billion and $4.5 billion. If included, it touches $5 billion. Whatever the case, 2021 was a record-shattering year.

16 Benelux based fintech startups that raised funding in Q1 2022; 11 of them are hiring right now

Why 2022 insurtech investment could surprise you – TechCrunch