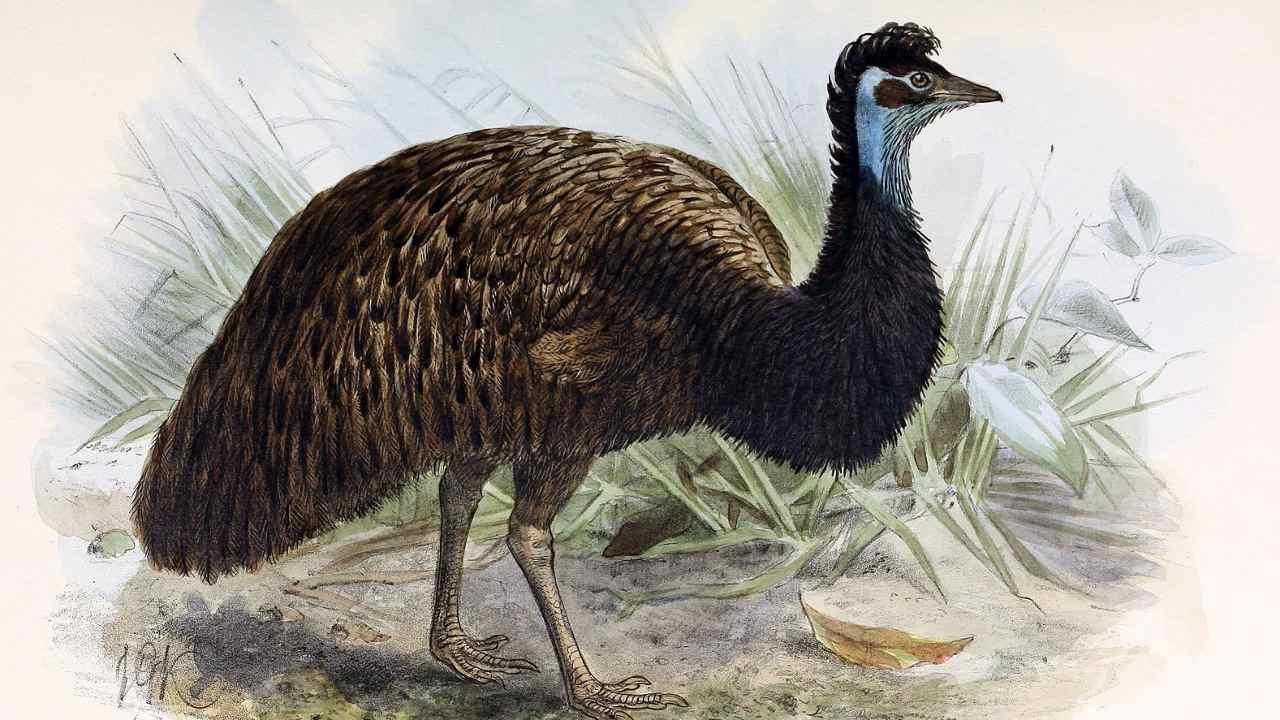 Researchers have discovered an egg belonging to a dwarf emu in Australia. This species went extinct almost 200 years ago and was a native to King Island in South Australia. As per the study published in the peer-reviewed journal Biology Letters, the eggshell was discovered between Australia and Tasmania in a sand dune. Live Science reported Julian Hume, the study’s lead author, saying that this discovery is unique and rare. Hume is a research associate and palaeontologist at London’s National History Museum.

While some pieces of the egg are missing, they could make out that the egg was as big as the size of a regular emu’s egg. The large egg size, Hume said could be because the emu chicks needed to be both big and strong to maintain body heat and search for food immediately after hatching out of the egg. The egg weighed 0.54 kg and its volume was 465 ml.

Emus are flightless birds and the world’s second-largest bird. They have an average height of 1.7 meters (5.7 feet), says The Smithsonian. There used to be at least three different subspecies of emus, living on different Australian islands — the Tasmanian emu, the King Island emu and the Kangaroo Island emu. The emu’s species in Australia went extinct after the arrival of European settlers in the country.

The reason the emus were dwarfs is due to an evolutionary process known as insular dwarfism. This process occurs when an animal or bird’s population’s range is limited to a small environment, primarily islands. The smaller the island, the smaller the species.

The co-author of the study Christian Robertson was the first one who discovered the dwarf emu’s egg. He is a natural historian on King Island.

“He found all the broken pieces in one place, so he painstakingly glued them back together and had this beautiful, almost complete emu egg,” Hume told Live Science. “The only one known in the world [from the King Island dwarf emu].” Robertson then invited Hume to study the discovery with him.

COVID-19 survivors are twice as likely to get re-infected, are urged to get vaccinated-Health News , FP

Like its predecessor, with a few extras- Technology News, FP