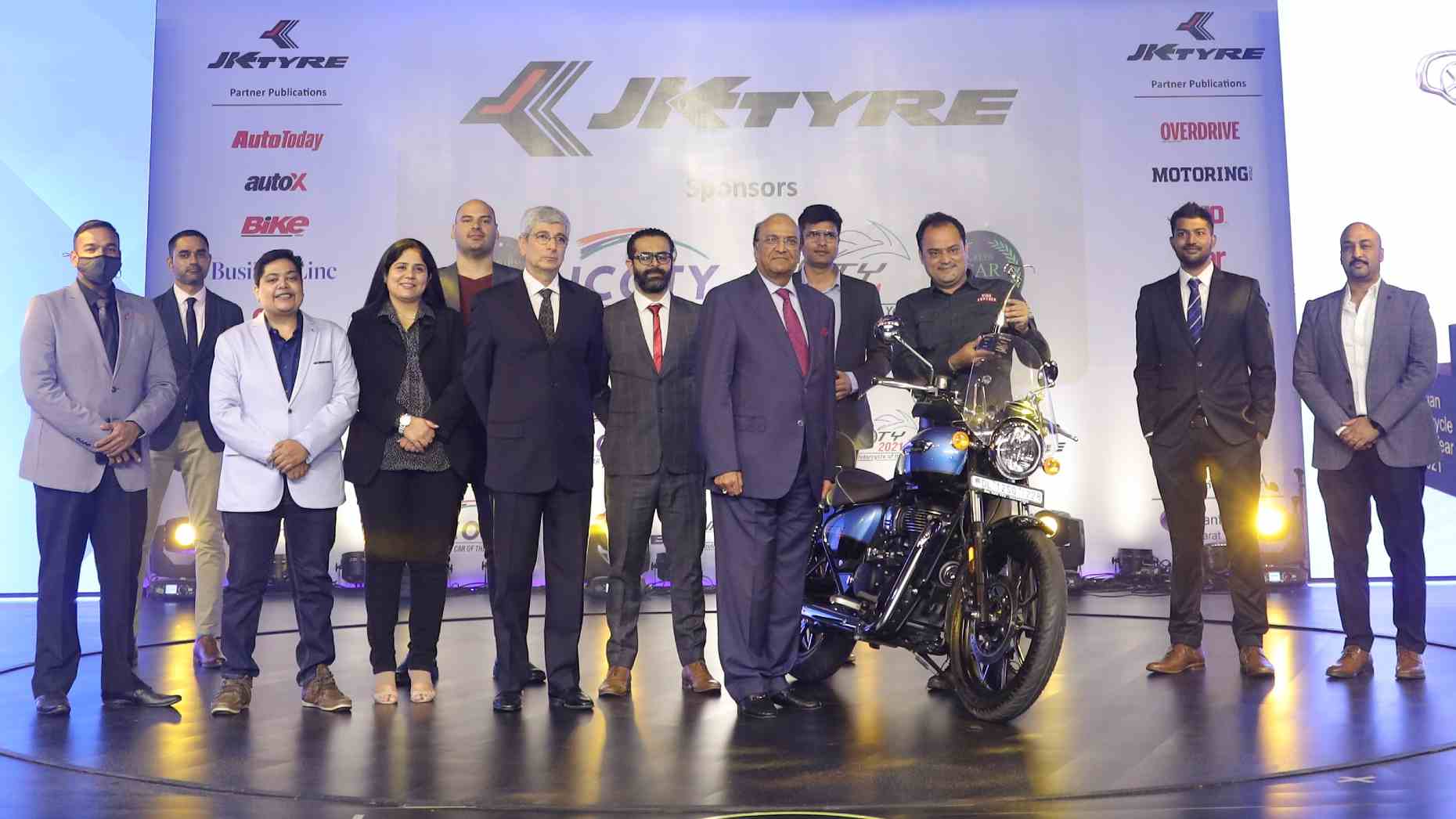 The most prestigious Indian automotive awards have crowned the newest member of the Royal Enfield family, the Royal Enfield Meteor 350, as the Indian Motorcycle of the Year 2021. The IMOTY 2021 winner was picked out of a total of eight contenders which included the Bajaj Dominar 250, Hero Glamour 125, Hero Passion Pro, Hero Xtreme 160R, Honda Hornet 2.0, Husqvarna Svartpilen 250 and KTM 390 Adventure. The runners up for IMOTY 2021 were the KTM 390 Adventure, and Hero Xtreme 160R.

Coming back to the Royal Enfield Meteor 350, which was launched in November 2020, as a replacement to the Thunderbird 350X. Despite the familiar looks, the Meteor 350 rides on an all-new twin-downtube chassis, the first time Royal Enfield’s 350cc platform has been revamped since its introduction over a decade back. The Meteor 350 also packs a new 349 cc engine and 5-speed gearbox, another departure for the company, moving from a pushrod style engine to a thoroughly modern SOHC two-valve design, but it remains air-cooled. Still, power figures of 20.2 hp and 27 Nm are up from the previous BS6 UCE engine. It also includes onboard navigation, christened Tripper, marking the first time this tech was made available on a Royal Enfield. Prices for the Royal Enfield Meteor 350 range from Rs 1.77 lakh to Rs 1.92 lakh, ex-showroom, for the three variants available.

Twitter will remove its Instagram Stories-like Fleets on 3 August because ‘it’s working on some new stuff’- Technology News, FP

Meteorite ‘older than Earth itself’ could shed light on how protoplanets form- Technology News, FP