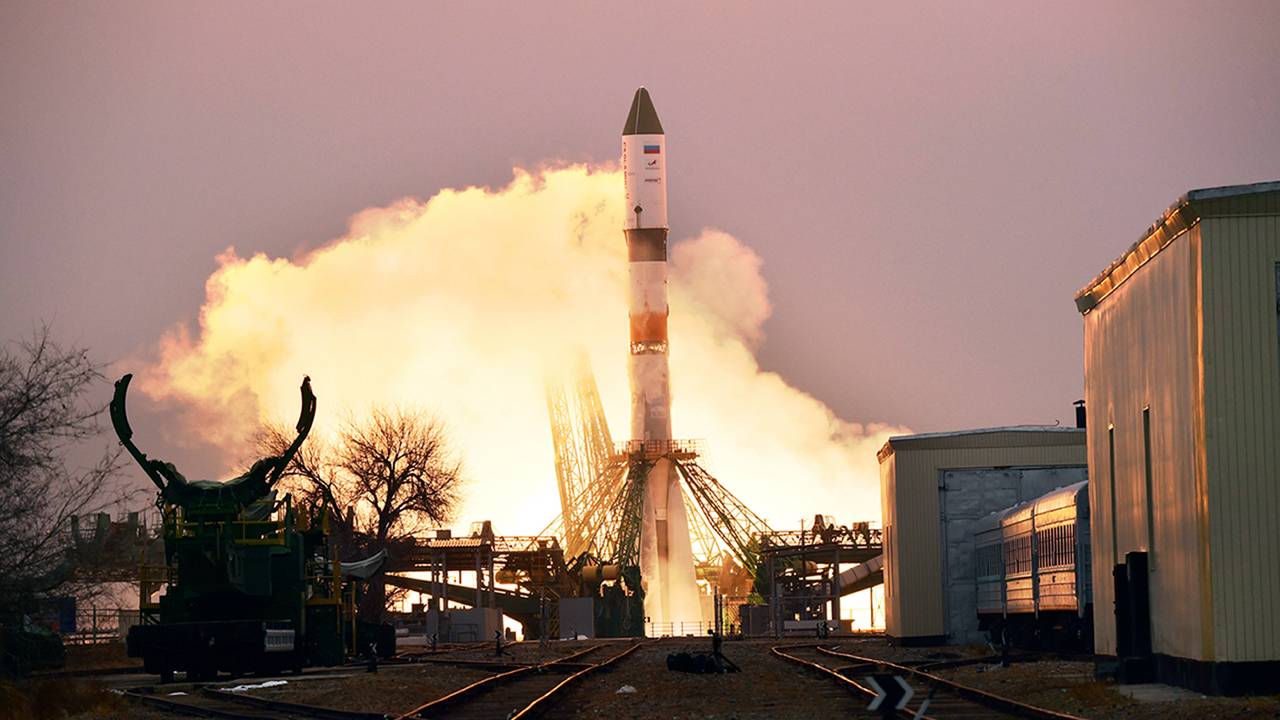 An unmanned Russian cargo ship launched successfully on Monday with a load of supplies for the International Space Station. The Progress MS-16 cargo ship blasted off as scheduled at 9:45 a.m. (0445 GMT) from the Russia-leased Baikonur launch facility in Kazakhstan and reached a designated orbit en route to the station. According to a Space.com report, it is carrying approximately 2,460 kg of cargo and supplies for the crew currently onboard the station. That includes 1,400 kg of research and crew supplies – like food and clothing – along with a supply of freshwater, nitrogen gas and propellant for the station’s Zvezda service module propulsion system. In this photo taken on Monday, Feb. 15, 2021, and distributed by Roscosmos Space Agency Press Service, the Progress MS-16 cargo blasts off from the launch pad at Russia’s space facility in Baikonur, Kazakhstan. The Russian Progress MS-16 cargo ship blasted off from the Russia-leased Baikonur launch facility in Kazakhstan and reached a designated orbit en route to the International Space Station. (Roscosmos Space Agency Press Service photo via AP)

The report also mentions that the Pirs module is going to be removed when the Progress 77 spacecraft ends its mission in July and in its place the Russian space agency will replace it with its long-awaited Nauka laboratory.

The Pirs module is a docking port on the Zvezda service module that doubles as an airlock for station crewmembers to use when conducting Russian-led spacewalks.

with inputs from The Associated Press