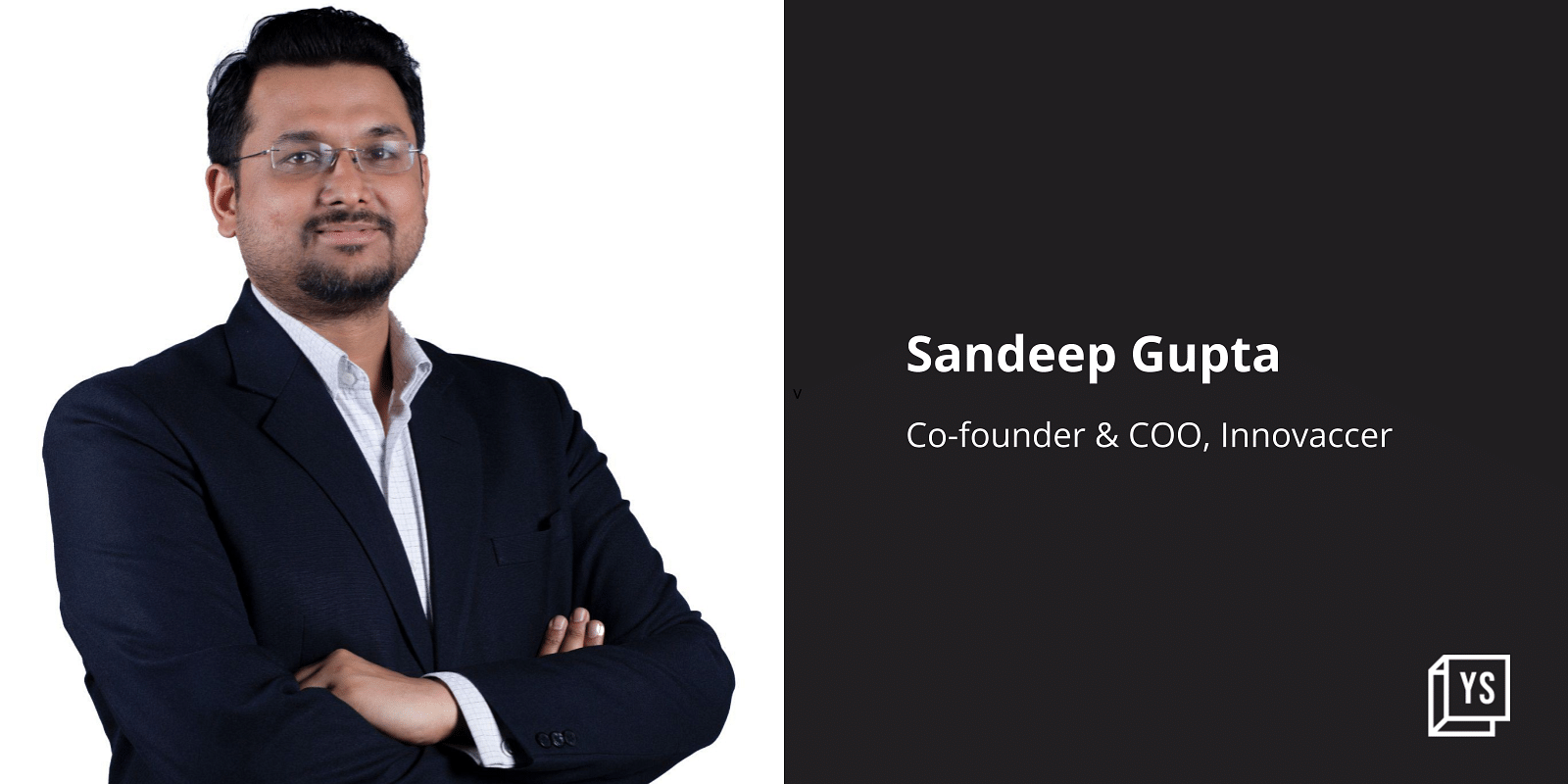 ﻿Innovaccer﻿, a SaaS unicorn focused on the healthcare sector, expects to reach a revenue of $100 million soon, given its strong foothold in the US market and expansion into new geographies like the UK and the Middle East.

Founded in 2014 by Sandeep Gupta, Abhinav Shashank, and Kanav Hasija, the SaaS startup has its origins in India, with a technology centre in Noida, and is now headquartered in San Francisco. Innovaccer has been focused on the healthcare sector for the last six years.

“We have been recording double-digit growth rate with a strong positioning as a SaaS enterprise play,” Sandeep Gupta, Co-founder and COO, Innovaccer told YourStory.

Innovaccer is now expanding into the UK, the US and Middle East markets.

Today, Innovaccer has around 70 clients in the American market, with the majority of them being providers. Though Sandeep admitted that though breaking into the market was tough, the journey has been much smoother now.

“We have been able to show value to our customers, which has led to increased adoption of our solutions,” said Sandeep.

According to him, Innovaccer’s solutions have touched about 10 million lives, and it has resulted in savings of around $1 billion for its customers. “All the metrics are trending in the right direction,” he remarked.

Sandeep agreed that the demand from the US market was still very strong, and as a company, Innovaccer remained underpenetrated. Its clients in the US include Hartford Healthcare, Roche, Sanitas Medical Centres, Embright etc.

On the unicorn’s entry into the UK and Middle East markets, Sandeep said the UK is witnessing certain changes in its healthcare system where it requires technology partners that can create a single point of information. In the case of the Middle East, the startup gauged some interest in setting up its operation.

The company believes SaaS has brought about a transformation for the healthcare industry, going beyond digitisation of records and providing actionable insights on a real-time basis.

“SaaS is the answer to provide the insights to various stakeholders of the healthcare industry,” said Sandeep.

A majority of the employees working in Innovaccer’s engineering team are based in India and spread across Noida, Bengaluru, and Hyderabad. It has a minimal yet firm presence in the US.

Innovaccer entered the billion-dollar valuation league in February 2021, and is now valued at $3.2 billion.

Sandeep believes Innovaccer is in a strong position to substantially grow its revenue numbers in the coming years and is on the road to profitability.

How bitsCrunch ensures fraud prevention in the NFT ecosystem