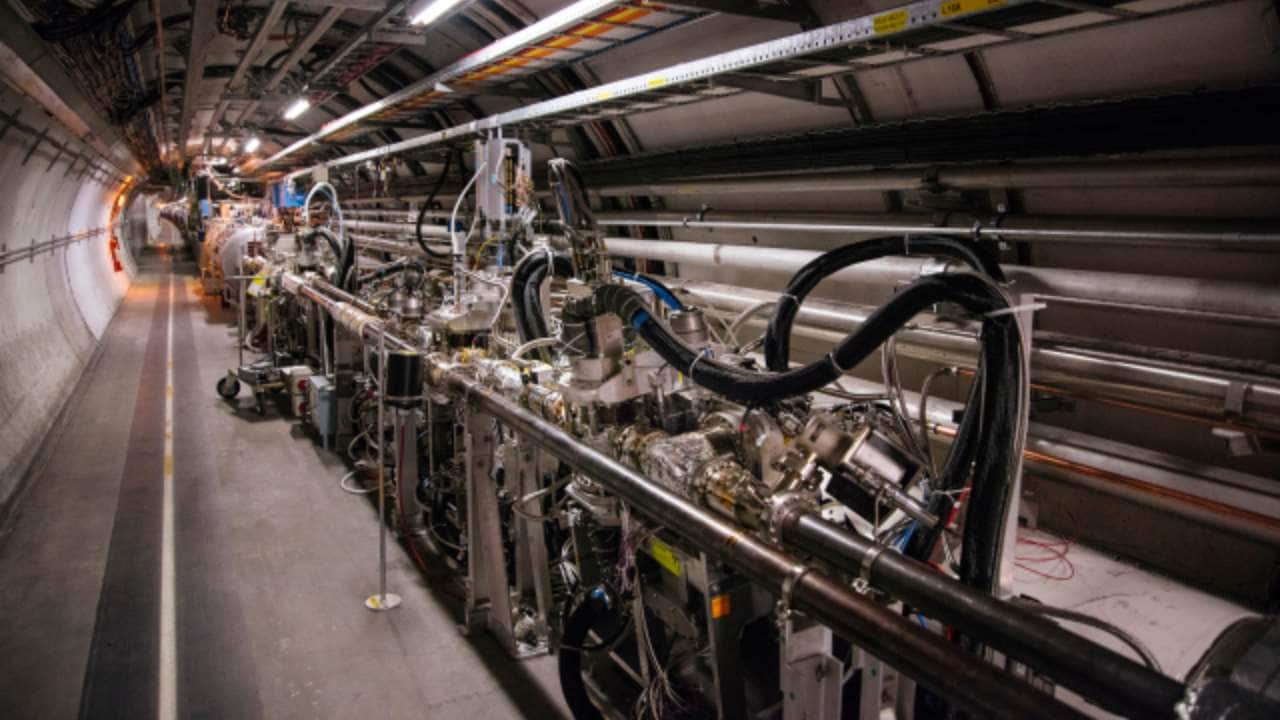 Scientists believe they may have discovered a “brand-new force of nature” at CERN’s Large Hadron Collider that could explain why certain atomic particles behave unexpectedly and which may transform our understanding the rudiments of physics. Authors of the research said this week that their results should “get physicists’ hearts beating just a little faster” after they discovered evidence of a “brand-new” type of particle. Since its inception over a decade ago, the Large Hadron Collider (LHC) has sought to delve into the secrets of the universe by studying the smallest discreet particles of matter as they collide at nearly the speed of light.

Aside from the discovery of the Higgs Boson — a previously theoretical particle that gives matter mass — the project has so far failed to shed much light on how the building blocks of matter function.

According to the standard model of particle physics, particles known as quarks, many of which are unstable and exist only for a split-second, can form heavier particles such as protons and neutrons.

Quarks can also decay into other particles known as leptons — including so-called “beauty” quarks — which were discovered at the LHCb in 2014.

The anomaly spotted at the time was that the quarks appeared to also decay into another type of lepton — muons — less often than they decayed into electrons.

The standard model predicts that beauty quarks would decay into muons at the same rate as they do into electrons.

“The only way these decays could happen at different rates is if some never-before-seen particles were getting involved in the decay and tipping the scales against muons,” wrote the authors of this week’s research on The Conversation site.

Until recently there had not been enough data to say for sure what was occurring inside the LHC.

In 2019, scientists re-ran the 2014 experiment on beauty quarks again with additional input gathered in the intervening years.

The dataset has now doubled, and the team poring over it worked “blind” — they couldn’t see the result until all procedures had been reviewed — in order to avoid any accidental interpretation bias.

When the result finally came out, the data showed that there were around 85 muon decays for every 100 electron decays.

The authors said there was only a one-in-a-thousand chance of the result occurring randomly — not enough to prove the existence of an as-yet unknown particle, but strong evidence in favour of its existence.

First, the varying decay rate could be the result of a “Z prime” particle, essentially a new force of nature.

“This force would be extremely weak, which is why we haven’t seen any signs of it until now, and would interact with electrons and muons differently,” they wrote.

Another possibility is the currently hypothetical “lyptoquark”, which can decay quarks and leptons simultaneously and which “could be part of a larger puzzle that explains why we see the particles that we do in nature”.

Chris Parkes, LHCb spokesman from the University of Manchester and CERN, said that if the results were confirmed “it would require a new physical process, such as the existence of new fundamental particles or interactions”.

The researchers said that further experimentation was needed to confirm the results.

But if the data are borne out, they said they would have evidence of “part of the larger picture that lies beyond the standard model, which ultimately could allow us to unravel any number of established mysteries.”

A year into the pandemic, the coronavirus is messing with our minds as well as our bodies