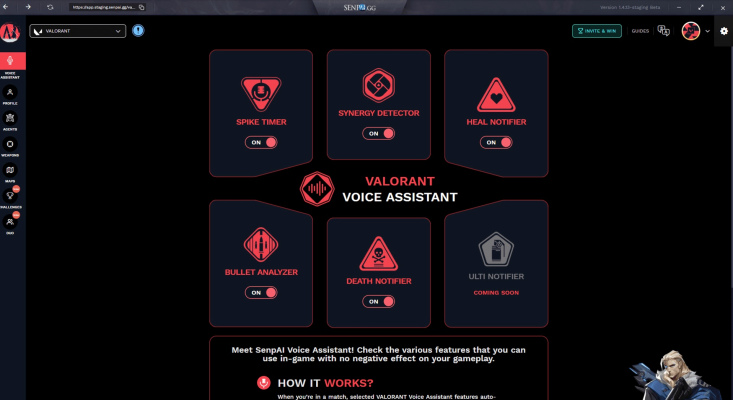 With most popular online video games, there’s a huge gap between being a good player and a great one. A casual player might be able to hold their own against other casual players, only for a random pro to wander by and chew through everyone like they’re somehow playing with a different set of rules.

Could an AI-driven voice in your ear help close that gap, if only a bit? SenpAI.GG, a company out of Y Combinator’s latest batch, thinks so.

Much of that aforementioned gap boils down to practice, muscle memory, and — let’s face it — natural ability. But as a game gets older/bigger/more complex, the best players tend to have a wealth of one resource that’s oh-so-crucial, if not oh-so-fun to gather: information.

What guns do the most damage at this range? Which character is best suited to counter that character on this map? Hell, what changed in that “minor update” that flashed across your screen as you were booting up the game? Wait, why is my favorite weapon suddenly so much harder to control?

Staying on top of all this information as players discover new tactics and updates shift the “meta” is a challenge in its own right. It usually involves lots of Twitch streams, lots of digging around Reddit threads, and lots of poring over patch notes.

SenpAI.GG is looking to surface more of that information automatically and help new players get good, faster. Their desktop client presents you with information it thinks can help, post-game analysis on your strategies, plus in-game audio cues for the things you might not be great at tracking yet.

It currently supports a handful of games — League of Legends, Valorant, and Teamfight Tactics — with the info it provides varying from game to game. In LoL, for example, it’ll look at both team’s selected champions and try to recommend the one you could pick to help most; in Valorant, meanwhile, it can give you an audio heads up that one of your teammates is running low on health (before said teammate starts yelling at you to heal them), when you’ve forgotten to reload, or how long you’ve got before the Spike (read: game-ending bomb) explodes. 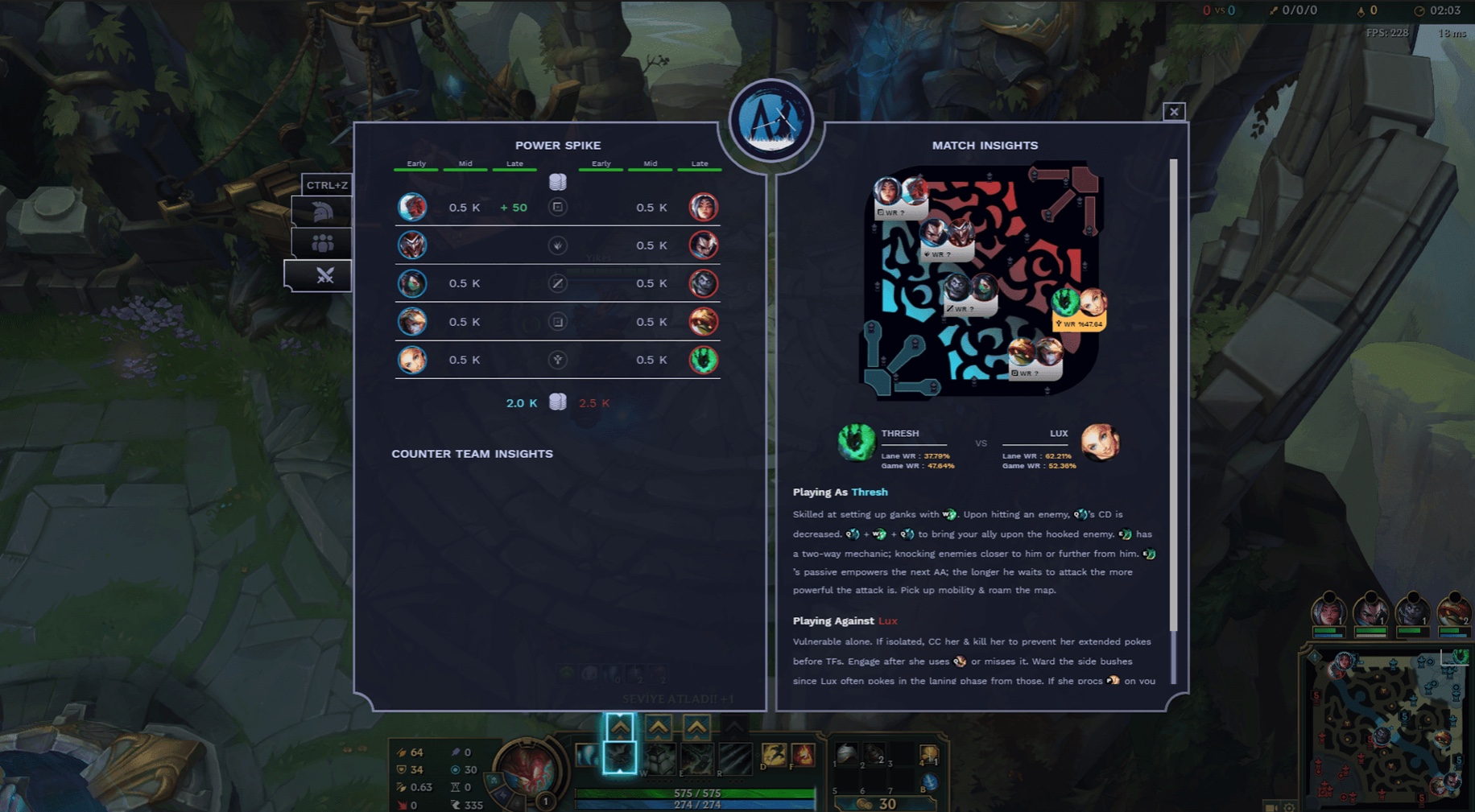 Just as important as the information it provides is the information it won’t provide. In my chat with him, SenpAI.GG founder Olcay Yilmazcoban seemed very aware that there’s a hard-to-define line here where “assistant” blurs into “cheating tool” — but the company follows certain rules to stay on the right side of things and prevent their players from getting banned.

They won’t, for example, ever take action on a player’s behalf — they might fire an audio cue to say “hey, you should heal that teammate”, but they won’t press the button for you. They’ll only generate their real-time insights from what’s on your screen — not anything hidden within the running process. They also won’t do things like reveal an enemy’s location just because your teammate is also running the app and can see them. Think “good player standing over your shoulder,” not “wall hack.” The company says that they’re always within each game developer’s competitive fairness guidelines, and only work with approved/provided APIs.

It’s a good idea because it’s one that, arguably, never gets old. With each new game they support, they’ve got a new potential audience to serve. Meanwhile, it’s not as if the old games/insights will expire — a game’s big ol’ book-of-stuff-you-need-to-know tends to only get bigger and more complex as a game ages and the patches pile up. There are games I’ve been playing for years where I’d still love a voice assistant that says “Oh hey, the recoil on the gun you just picked up has gotten way more intense since the last time you played.” SenpAI.GG isn’t there yet, but there’s a ton of natural room for growth.

Yllmazcoban tells me that they currently have over 400,000 active users, with a team of eleven people working on it. The base app is free, with plans to offer advanced features for a couple bucks a month.

How to Avoid Failure with a New Cannabis Business

Car Rental Startup Zoomcar Considering Listing in The US via SPAC