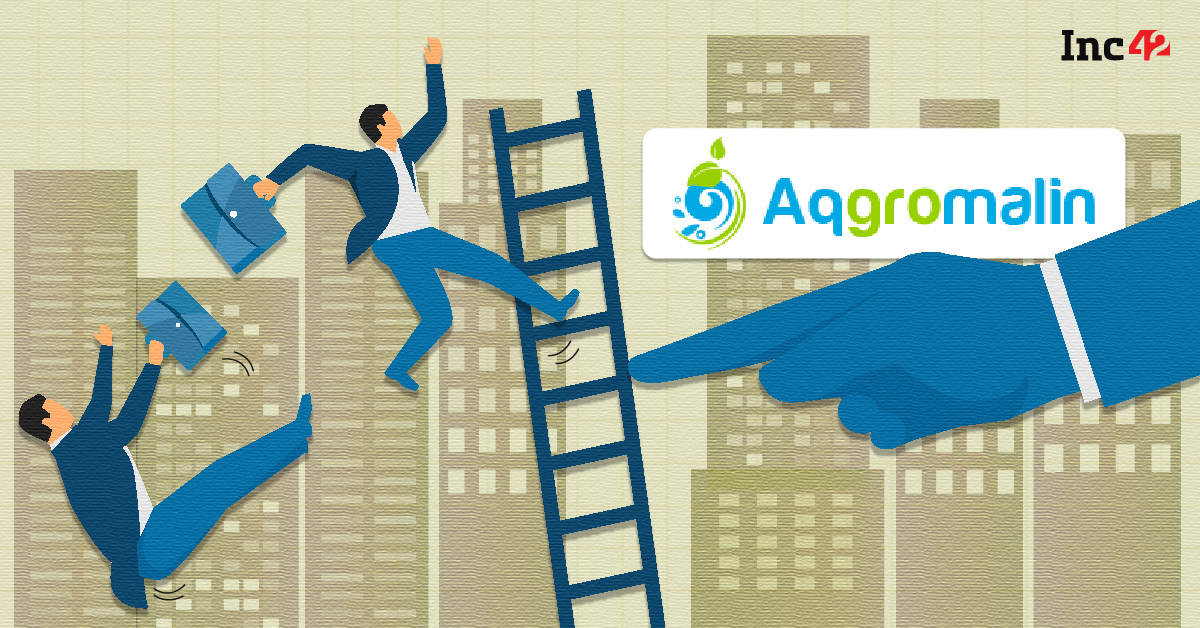 Aqgromalin is also in talks with other firms for a merger, and also held talks with the country’s first D2C meat unicorn Licious for the same

According to Inc42’s layoff tracker, around 10,029 employees have been laid off by Indian startups in 2022

Sequoia Surge-backed animal husbandry and aquaculture startup Aqgromalin has laid off around 30% of its workforce, or 80 full-time employees, from its corporate offices. Aqgromalin had to let go of its employees as it was trying to raise a new round of funding, which didn’t materialise.

The Chennai-based startup had held talks with several investors, including a Korean-based fund which invests in early stage startups, for the funding round, sources told Inc42. However, on the date of signing the deal, the lead investors pulled out citing economic downturn.

A portfolio company of a lead investor was performing terribly, thus keeping the investor occupied and cautious. As the lead investor backed out, the co-investor followed suit, one of the sources said.

The laid off employees are mostly from marketing, sales, support, among other teams. As per multiple sources, the startup informed about the layoffs in mid-May.

Aqgromalin’s spokesperson confirmed to Inc42 that it laid off 80 employees, adding that the startup was restructuring the business based on current market conditions.

Aqgromalin is likely to move away from the poultry and large animals business, and will now focus majorly on its aquaculture businesses, according to people aware of the matter.

The layoffs came almost five months after it raised $5.25 Mn in a pre-Series A round from Sequoia India’s Surge, Omnivore Partners, and Zephyr Peacock India.

Founded in 2020 by Bharani CL and Prasanna Manogaran, Aqgromalin is building a full-stack agritech platform to help farmers diversify into animal husbandry and aquaculture. It claims to provide a data-backed traceable supply chain to farmers, butchers, meat companies and exporters for their poultry, seafood and livestock needs.

Following the fall-through of the Series A round, Aqgromalin’s management is actively holding talks for a merger with another firm to give the startup the much-needed financial boost. According to sources, the startup has held talks with two domestic and an international firm.

Inc42 has learnt that the startup held talks with the country’s first D2C meat unicorn Licious for a merger.

Licious, which entered the unicorn club last year after raising $52 Mn in its Series G round led by IIFL AMC’s late stage tech fund, raised $150 Mn in March this year to invest in technology and acquisitions. In April, the Bengaluru-based unicorn even made a $1 Mn strategic investment in Bengaluru-based fresh pet food startup Pawfectly Made.

According to an industry market report by IMARC, the Indian aquaculture market reached a volume of 11.4 Mn tons in 2021 and is anticipated to grow by 8.2% between 2022 and 2027. Aquaconnect is one of the closest competitors of Aqgromalin. Aquaconnect raised $8 Mn in venture debt funding earlier this year.

Aqgromalin has become the country’s 27th startup to lay off employees in 2022. According to Inc42’s layoff tracker, around 10,029 employees have been laid off by Indian startups in 2022.