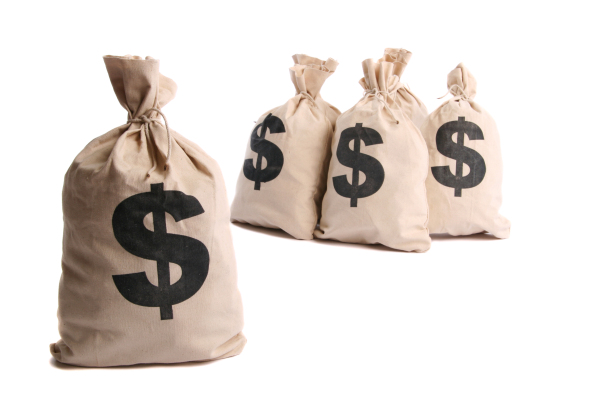 Alek Koenig spent four years at Affirm, where he was head of credit.

There he saw firsthand just how powerful the alternative lending model could be. Koenig realized that it wasn’t just consumers who could benefit from the model, but businesses too.

So in November 2019, he founded Settle as a way to give e-commerce and consumer packaged goods (CPG) companies access to non-dilutive capital. (Not every company wants to raise venture money). By June 2020, the startup had launched its platform, which is designed to help these businesses manage their cash flow. Over time, he recruited a previous co-worker, Shane Morian, to serve as Settle’s CTO.

And today, the company is announcing that it has raised $15 million in a Series A funding round led by Kleiner Perkins. This follows a previously unannounced $6 million seed raise led by Founders Fund in November 2020. Other investors in the company include SciFi (Affirm founder Max Levchin’s VC firm), Caffeinated Capital, WorkLife Ventures, Background Capital and AngelList Venture CEO Avlok Kohli.

With the pandemic leading to a massive shift toward digital and online shopping, ecommerce and CPG businesses found themselves with the challenge of keeping up with demand while trying to manage their cash flow. The main problem was the lag between accounts receivables and accounts payables.

“These companies suffer from the problem where there are these huge cash flow gaps from buying inventory, waiting to receive it and then turning it into revenue,” Koenig explains. “It takes quite a bit of time for these customers to actually get revenue from all those inventory purchases they need to make. What we do is make it really easy for companies to pay their vendors with extended payment terms.”

Settle does this by automatically syncing to a business’ accounting software and combining that with working capital products it’s developed.

Put simply, Settle will pay a vendor, and then brands can pay Settle back when they turn that COGS (cost of goods sold) into revenue. The startup says it also saves brands money on expensive wire fees. 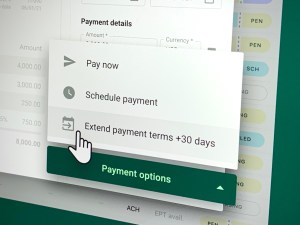 “Businesses really value getting cash sooner, so they can use it in their operations,” Koenig said. “We’ve worked to reimagine the CFO suite for brands, starting with integrated financing and bill pay solutions.”

The concept of non-dilutive capital is not a new one with other startups tackling the space in different ways. For example, Pipe aims to give SaaS companies a way to get their revenue upfront, by pairing them with investors on a marketplace that pays a discounted rate for the annual value of those contracts.

Settle is focused on the e-commerce vertical, and building a unique product for that category, Koenig says, rather than trying to build a product aimed for several different industries.

“We don’t want to be a mediocre product for everybody,” he told TC. “But rather a phenomenal product for this vertical.”

Since its launch last June, Settle has seen its business jump by 1000% although it’s important to note that’s from a small base. Settle is currently working with over 300 brands including baby stroller retailer Lalo, Spiceology and men’s skincare brand Disco. So far, all of its growth has been organic.

“Last year when the pandemic hit, offline retail shut down and ecommerce got a big boost. But that meant that a lot of these companies were running out of orders and were out of stock on many items, so they were just kind of leaving money on the table,” Koenig said. “Once they started using us, they were able to buy more inventory, so we actually help them make more profit, and not just create more sales.”

His reasoning for that last statement is that by giving these businesses the ability to purchase items in bulk, they could get cheaper price per unit costs as well as cheaper shipping costs.

The company is planning to use its new capital in part to grow its team of 20, as well as raise more debt so that it can continue lending money to businesses.

Kleiner Perkins’ Monica Desai Weiss said her firm believes that Koenig and CTO Morian’s expertise in underwriting, capital markets and e-commerce give the pair “a rare skill set that’s unique to their market.”

“Whereas most lending businesses are fairly transactional and opportunistic, Settle becomes deeply embedded in the way their merchants forecast and grow,” she told TC. “That approach has demonstrated inherent virality and their timing is perfect — the past year has changed consumer behaviors permanently and also produced massive opportunities for global entrepreneurship via ecommerce. In that way, we see the umbrella of e-commerce expanding massively in the coming years, and we believe Settle will be key to enabling that shift.”

The Startup Magazine How to Set Up a Safe Office Environment

Polygon among $9.3M investment in Paper to help onboard NFT buyers via email – TechCrunch

As the downturn hits crypto, a key startup investment source may slow – TechCrunch