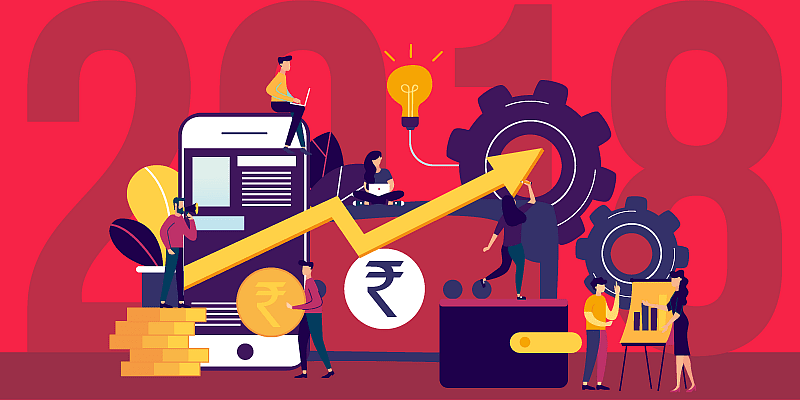 In 2020, despite facing many challenges due to the pandemic, Indian startups continued to battle hard with resilience and empathy. According to YourStory Research, Indian startups raised $9.9 billion across 881 deals from around 1,476 active investors in the ecosystem. While the funding amount had dropped by almost 17 percent as compared to 2019, the number of deals received a setback of just around two percent.

This indicates that in 2020, investors maintained a diversified approach while testing waters in unchartered territories, and even kept the sentiment high with seed-stage and follow-on funding rounds.

In this article, YourStory has curated a list of seven recently launched VC funds to help early-stage tech startups raise equity capital to boost their growth.

In January 2021, early-stage sector-agnostic fund Blume Venture Partners announced the launch of its founder network initiative – Blume Founders Fund. A carve-out programme, it aims to utilise one to two percent of the investment firm’s core investment funds to build long-term relationships with founders and extend Blume’s platform and network to these founders.

A statement shared by the investment firm said the programme will not be reserving capital to invest beyond the first cheque. Blume expects to invest in 12-15 founders through this programme.

Stakeboat Capital had launched its second fund of Rs 1,000 crore in January 2021. The fund will continue to invest in small and medium enterprises (SMEs) that have revenues between Rs 50 crore and Rs 250 crore in the form of both primary and secondary transactions.

Fund II will look at deals in healthcare and life sciences, B2B technologies, and businesses and services that include value-added industrials and manufacturing.

LetsVenture, an early-stage investment firm, announced the launch of its revenue-based growth capital firm N+1 Capital in January 2021. According to a statement, the firm has received a go-ahead from SEBI to raise its first Cat-II AIF of $100 million in India ($75 million + $25 million greenshoe).

Rahul Chowdhury, Managing Partner, N+1 Capital said the vision of the fund is to provide over 100+ entrepreneurs an average of $1 million each to grow their businesses profitably and sustainably through their growth stage.

“N+1 is sector agnostic, and the qualifying criteria are actually steady-state, as well as growing startups and MSEs with minimum monthly revenue of Rs 50 lakh, and at least 30 percent gross margin. Having said that, the fund is currently working with SaaS startups and some Direct-to-Consumer (D2C) startups,” said Rahul in a conversation with YourStory.

Earlier, on January 16, 2021, Prime Minister Narendra Modi had announced the launch of Rs 1,000-crore ‘Startup India Seed Fund’ to support startups and help budding entrepreneurs pursue innovative ideas. The fund will be operational from April 1, 2021, to 2025, as the government looks to boost the ecosystem, providing the crucial capital for young companies.

The scheme will be implemented by the Department for Promotion of Industry and Internal Trade (DPIIT).

In a gazette notification, the government announced that Startup India Seed Fund Scheme will provide financial assistance to startups that have been recognised by the DPIIT and incorporated not more than two years ago at the time of application. This money will be disbursed through selected incubators across India.

The Startup India Seed Fund Scheme is sector-agnostic, and will have a centralised common application on Startup India’s portal for startups and incubators on an ongoing basis.

In the first week of February 2021, Delhi-based early-stage venture capital fund Kisho Capital launched a rolling fund that will support about 20 startups annually, investing up to Rs 1 crore in each entity.

“Kisho Capital’s funding model is oriented towards startups in the seed/pre-Series A rounds, which are technologically advanced with initial traction, especially those that use AI and ML for personalisation and automation,” a statement said.

India Quotient, an early-stage venture capital firm, in February 2021 announced the launch of its fourth fund with a target corpus of $80 million, where it aims to support around 35-40 startups which are at early stages, and can grow into paper stage entities.

“We will back founders when nobody understands them, and we will back them again and again. But it’s mandatory that they aim very high, can take on large incumbents, and want to build companies that go on to IPO,” said Anand Lunia, Founding Partner, India Quotient.

Early-stage VC firm Ankur Capital, in March 2021, announced that it has received more than Rs 330 crore for its second fund from both domestic and overseas investors.

The firm expects to close the final round in a couple of months, and the quantum raised is likely to exceed Rs 330 crore. With Fund II, it is looking to invest in 16 to 18 startups. It has already invested in four startups – with cheque sizes in the range of $0.5 million to $5 million.

According to Co-founder and Managing Partner Ritu Verma, “Ankur Capital will strive to invest in startups that are leveraging disruptive technology to solve the challenges of the billion-plus population. Fund II will focus on areas such as agritech, healthtech, fintech, edtech, local language technologies, and deeptech.”

The role of tech in shaping the future of commodity distribution

“AI will not replace HR,” says Darwinbox’s Chaitanya Peddi, on the role of HR tech in the new

How Lowe’s India is building and strengthening capabilities in Business Services!

Netflix confirms move into video games as its growth slows