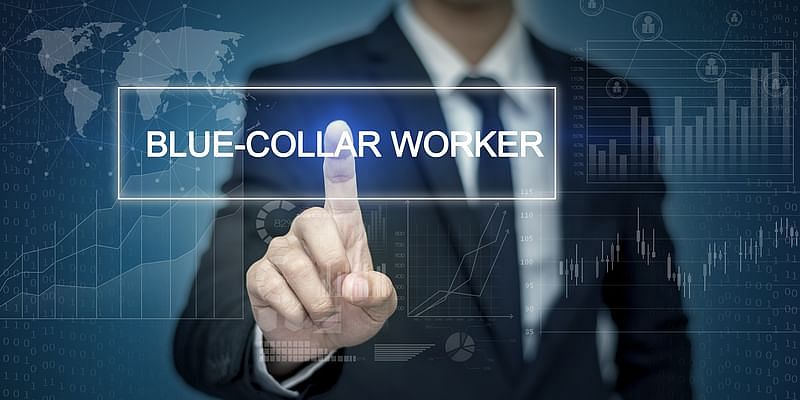 With the gradual easing of COVID-19-related restrictions and an increase in movement, over 50 percent jump in demand for blue-collar workers is likely in the second half of this year across four major industrialised states — Maharashtra, Telangana, Tamil Nadu, and Karnataka, according to a report.

There is likely to be seven million new blue-collar jobs (50 percent jump as compared to the first half of this year) in the second half of 2021 in Maharashtra, Telangana, Tamil Nadu, and Karnataka to drive demand, according to a report by ﻿Betterplace﻿, the technology platform for blue-collar workforce management.

Maharashtra is expected to be the largest contributor, accounting for 17 percent of the demand, it added.

The report is based on data from the first six months of 2021 and spans hiring trends and projections across more than 1,500 customers, 10 million employees, and 20,000 PIN codes.

“Since the onset of the pandemic, the country has witnessed a steep fall in employment. The worst-hit was the blue-collar workforce, which struggled to retain jobs or secure opportunities,” BetterPlace CEO Pravin Agarwala said.

He added that the report shows that the impact of the second COVID-19 wave on jobs was not as severe as the first with the overall job demand rising marginally. “In time, the demand is likely to reach pre-COVID-19 levels, which was 104 percent by 2019.”

During the second wave, segments like drivers and security personnel were affected badly, he said.

Agarwala added that the drivers, facility workers and security segments shrank quarter-on-quarter by 40 percent, 25 percent and 40 percent, respectively, during the second wave.

He also said that if there is a third wave, the transportation, facility workers, security and retail segments will be negatively impacted by as much as 25-50 percent. “We don’t expect any impact on the delivery segment.”

The report also showed that with increased mobile and internet penetration, blue-collar workers are adopting digital tools to find jobs that match their skills and desired locations.

The pandemic has also accelerated the adoption of technology by employers looking at large-scale applications to make informed decisions through smarter data analytics, it added.

Who is Madhuri Jain Grover?

Inside the data centre boom in India