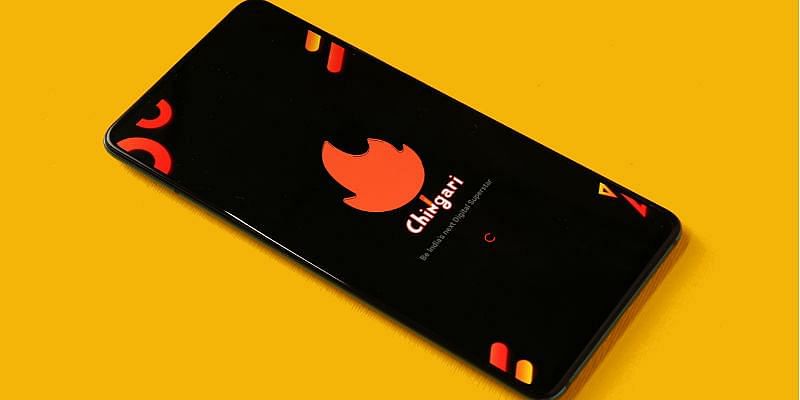 Homegrown short video platform Chingari, which shot to fame after the TikTok ban in 2020, has launched social commerce — a move that marks its vertical expansion.

Every video that gets uploaded on the Chingari app will be parsed frame by frame using computer vision and complex algorithms to detect objects that will then be matched with a live shopping catalogue on Amazon.in.

This will makes every video on users’ feeds shopping-enabled in real time, and also generate affiliate revenues for content creators on Chingari.

Announcing the launch in a tweet, Chingari Co-founder and CEO Sumit Ghosh said,

“When we gained popularity last year after the TikTok ban, we were just being called clone/copycat, and no one thought we could build anything innovative. We are proud to launch this feature and become the first app globally to make short videos shoppable via AI/ML.”

Introducing video-commerce on Chingari short videos. Every video that gets uploaded to chingari is parsed frame by frame and all detected objects are then matched with a live catalog of amazon to and each video becomes shopping enabled in real-time by the time it hits your feed. pic.twitter.com/0AXqMcE9IG

This is Chingari’s first step towards building a creator economy, and vertical expansion beyond user-generated short videos.

“This will make millions of videos on Chingari shoppable… a part of the revenues will be shared with the creators, making Chingari’s creator economy a full circle economy, where creators get paid if their content makes money,” Sumit explained.

The founder also added that all the new technology has been built all by a team based in Bangalore and Mumbai. “i.e Made in India”. Interestingly, Chingari was among the 24 winners of PM Modi’s Aatmanirbhar Bharat App Innovation Challenge last year.

The Bengaluru-based startup’s entry into social commerce, one of the fastest-growing verticals of Indian ecommerce, also signals its intent to stand out among the plethora of short video apps that mushroomed in the aftermath of the TikTok ban.

As the name suggests, social commerce is when social media enables commerce. A 2019 PayPal survey revealed that India is already the leading Asian market for social commerce. It is projected to become a $100 billion vertical of ecommerce by 2025.

Incidentally, Chingari is also looking to ramp up its team size, and is open to hiring former employees of TikTok-maker ByteDance in India.

Chipping away at the problems of reproductive healthcare, one patient at a time – TechCrunch

Things go from bad to worse at Better.com – TechCrunch

How to Show Customers a More Authentic Side of Your Brand

emerging trends and opportunities in the Indian market