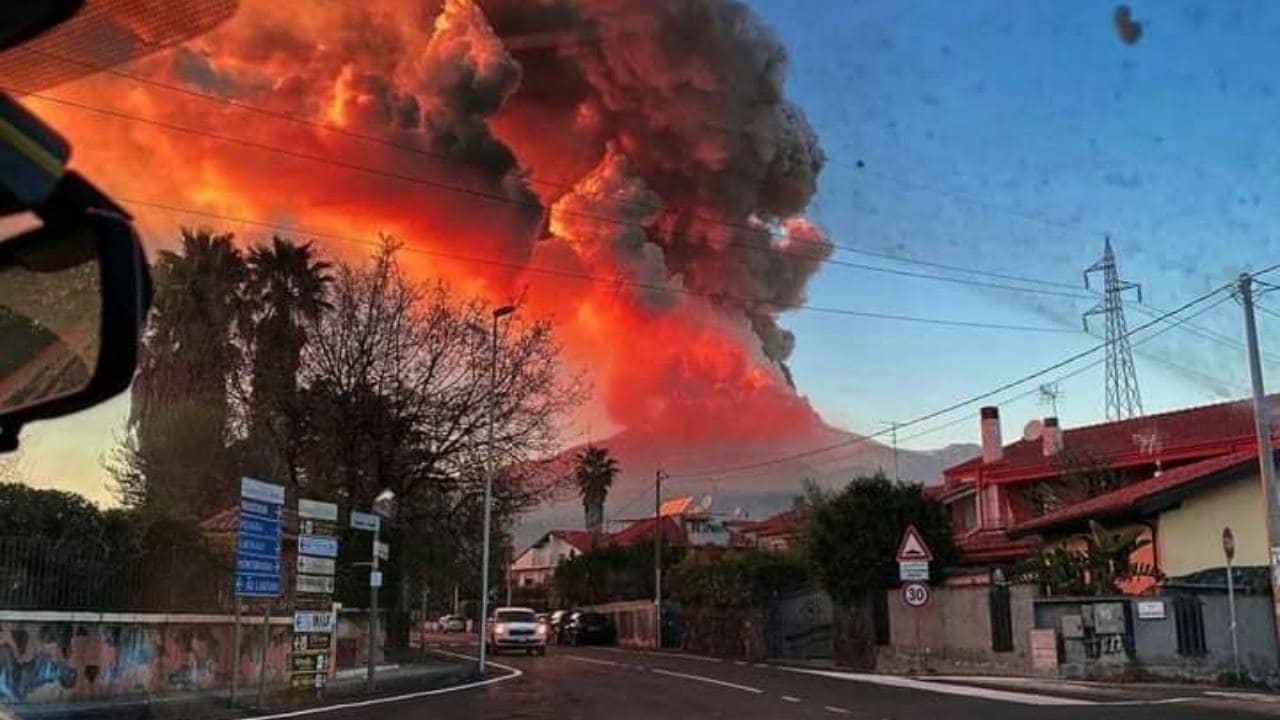 At 3,324 metres, Etna is the tallest active volcano in Europe and has erupted frequently in the past 500,000 years. 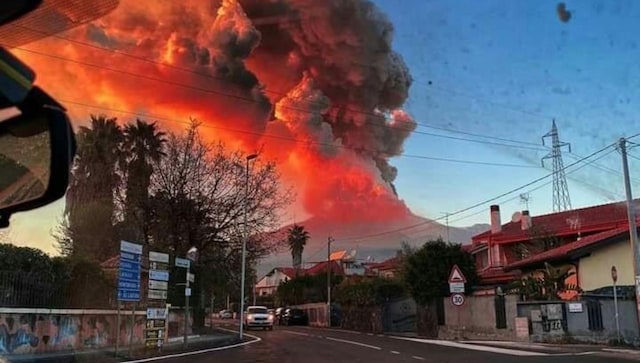 Mount Etna, one of the world’s most active volcanoes, belched smoke and ashes in a new eruption on Tuesday, but Italian authorities said it posed no danger to the surrounding villages. “We’ve seen worse,” the head of the INGV National Institute for Geophysics and Vulcanology in the nearby city of Catania, Stefano Branco, told Italian news agency AGI. Estimating that the eruption from Etna’s southeastern crater began late Tuesday afternoon, Branco insisted that the latest burst of activity was “not at all worrying”. Nevertheless, with small stones and ashes raining down, authorities decided to close Catania’s international airport.

The emergency authorities said on their Twitter account that they were monitoring the situation closely in the three villages at the foot of the volcano — Linguaglossa, Fornazzo and Milo.

Images showed a spectacular rose-coloured plume of ashes above the snow-capped summit, but the cloud had largely dissipated by nightfall, while lava flows continued to glow.

At 3,324 metres, Etna is the tallest active volcano in Europe and has erupted frequently in the past 500,000 years.

Here are some tweets from people in and around Sicily

Mount Etna, Europe’s most active volcano, is spewing ash and lava once again. A new phase of eruptions began last week shooting a column of ash into the sky. New cracks then opened up in the volcano sending lava down its flank https://t.co/he2Vn9iuH5 pic.twitter.com/xpnI7OPRul

Mount Etna in Sicily has erupted this afternoon. #volcano #Etnapic.twitter.com/1NVCCAFycE

Spectacular photos of the fire fountain at Mount Etna this evening 😍 https://t.co/Yz00ecd6HA

My sister sending me pics of mount Etna having a blast again 🌋 pic.twitter.com/iD6xhP3nWM

‘I never saw an eruption with such a large and low crater’ resident says filming the early moments of today’s eruption of Mount #Etna, in Sicily. Lapilli fell along the whole shore of #Sicily South of the volcano.

A friends ex who is in Sicily shared this with me. I can’t stop watching this – the glorious Mount Etna spewing fire. pic.twitter.com/brimzqVWfZ

One of my best mates lives in Sicily. She sent me these pics tonight #MountEtna Stunningly beautiful but so scary. @Tezsimp doesn’t bat an eyelid when Etna erupts. pic.twitter.com/y9GkzTMVt0

I can’t think of a better laptop at this price- Technology News, FP