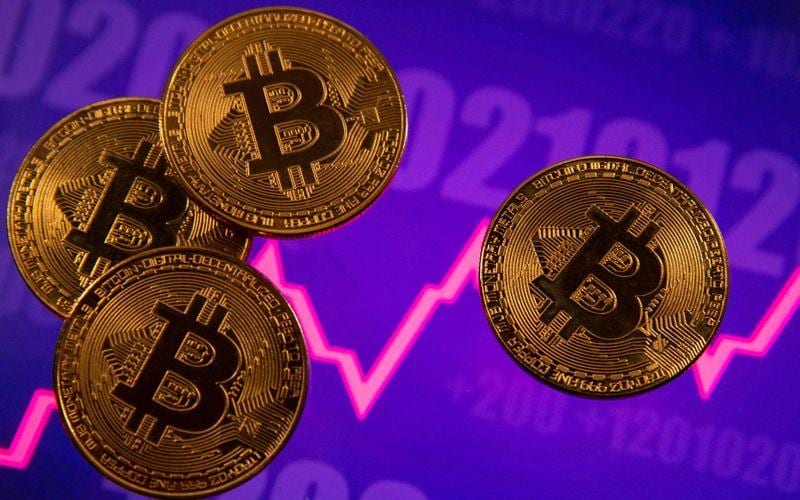 By Anna Irrera and Tom Wilson

LONDON (Reuters) – Bitcoin doesn’t need to become a widely-used form of payment to succeed and could prosper solely as a store of value, SkyBridge Capital founder Anthony Scaramucci said on Wednesday.

Designed as a way to pay, bitcoin is still little use for commerce – though in a major step Tesla Inc said on Wednesday customers can now pay for its electric vehicles in the cryptocurrency.

“For bitcoin to be successful … it doesn’t have to become the global currency,” Scaramucci said in an interview at Reuters Digital Assets Week 2021.

“It could just be a store of value, and then you end up transferring your bitcoin into the various currencies that you want to transact in,” said the former White House communications director.

Earlier this year, Scaramucci’s SkyBridge launched a bitcoin fund with $310 million in assets under management.

Bitcoin powered to an all-time high of nearly $62,000 this month, the latest milestone in a meteoric rise fuelled by bigger U.S. investors.

Still, Scaramucci – who was ousted by former U.S. President Donald Trump in 2017 after little more than a week on the job – said he was no bitcoin maximalist, referring to die-hard advocates of the cryptocurrency.

“I don’t believe that Jesus and Moses got together and had a baby, and the baby was bitcoin – that’s not me. I see the risks of bitcoin, it is a volatile asset,” he said.

“I’m a bitcoin investor. I was once a bitcoin sceptic.”

The Trump administration had a “broad-based, negative” view on bitcoin due to its theoretical threat to the dollar’s status as de facto global reserve currency, Scaramucci said.

“The notion that somebody could dislodge the dollar would be painful for regulators,” and its use as an economic policy tool, he said.

To be sure, bitcoin has a long way to go before it replaces the dollar.

Still, central banks globally including the U.S. Federal Reserve are looking into issuing their own digital cash in part to counter the rise of public and privately-led cryptocurrencies.

“There will be a digital dollar – the Treasury’s obviously working on that,” Scaramucci said.

“The United States is not going to let the yuan digitise without it digitising the dollar.”

U.S. monetary and fiscal stimulus programmes launched to counter the COVID-19 pandemic could also make bitcoin an attractive hedge against the erosion of the dollar’s value, Scaramucci said.

This is also driving more investors into alternative assets, like “non-fungible tokens” (NFTs), technology that allows digital artwork or other content to be authenticated and sold on distributed ledgers, Scaramucci said.

His son, a videographer, created a piece of art and sold it as an NFT for the ethereum digital currency, he added.

“Old fogies like me don’t know what (NFTs) are unless we talk to our 21-year-old kids,” he said. “That stuff is upon us. Don’t be an old fart, and get yourself educated and up to speed as quickly as possible.”