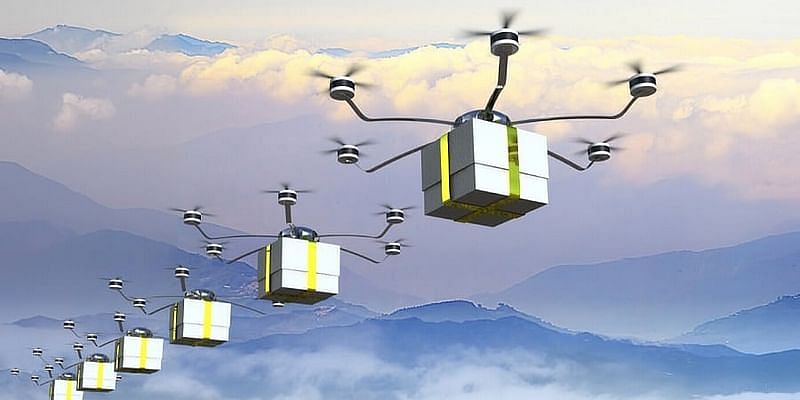 Flipkart Health will be running a new pilot with drone startup Skye Air to test the viability of drone-based medical deliveries in Kolkata. The pilot will run until September 8, with 20 flights a day carrying a payload of around 5 kilograms and covering a total aerial distance of 16 kilometres.

Reported by TechCircle, the pilot will work within a hub-and-spoke model, and deliver medical supplies from Flipkart’s warehouses to its over-the-counter outlets across the city. The drone to be used will be the Skye One that can travel 20 kilometres within 30 minutes. Skye Air claims to have conducted over 1,200 flights with it.

Get connected to Skye Air

Skye Air will also be testing its new beyond-visual-line-of-sight (BVLOS) drone, Artemis, for drone deliveries as well. It was unveiled in May, and can theoretically fly at 100 kilometres per hour for 90 minutes, while carrying a 6 kilogram payload.

While drone delivery pilots and partnerships have become common during Covid, the government acknowledged this new reality earlier this month when it announced that it will not interfere with such tests.

Skye Air has already announced similar pilots with Swiggy and Curefoods in the last year, while another company, Redwing Aerospace, announced a medical delivery pilot in Arunachal Pradesh on August 15. Redwing will be carrying medicines and diagnostic samples to and from the remote town of Seppa, which is normally quite difficult to reach.

How Can Indian Super Apps Succeed?

Why Felix Williams, who started a VC firm at 19, believes his youth gives him an advantage as an investor – TechCrunch

How SEBI-Regulated SSE Will Help Organisations Working For Social Causes?