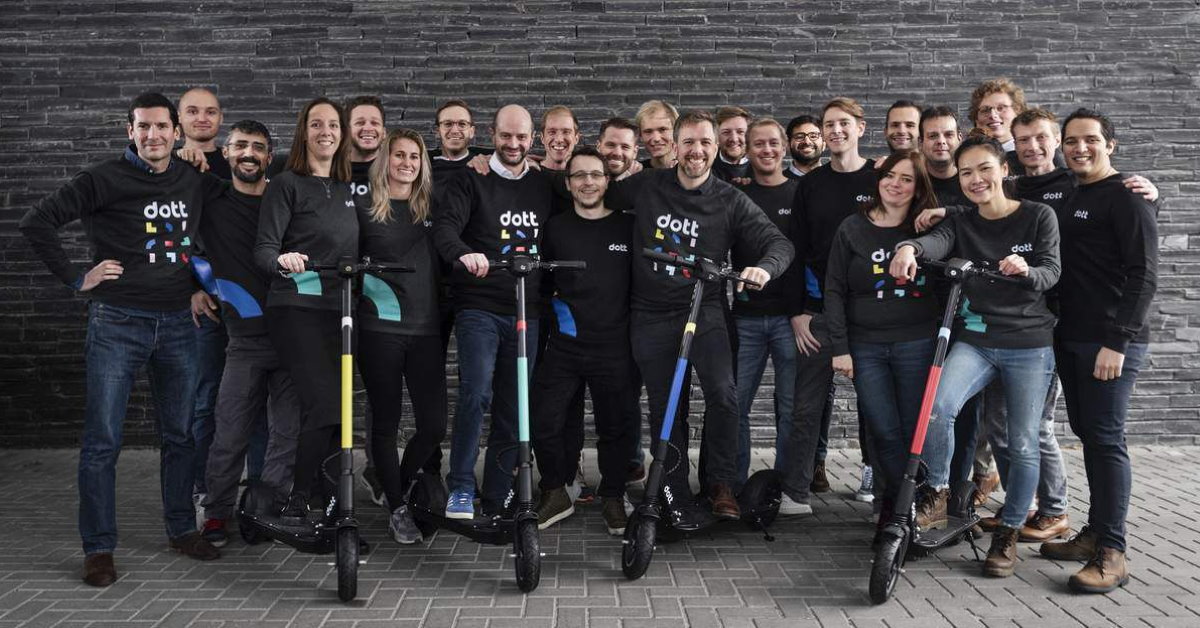 Amsterdam is billed as one of the top ecosystems for startups to grow and foster. No surprise, the ecosystem has produced several unicorns. We’re all familiar with the stories of Adyen, TomTom, JustEat Takeaway and – more recently – Messagebird and Mollie and Bunq. Theoretically there should be many more of them. Amsterdam startups are less likely to reach unicorn status.

‘Flaw in growth of unicorns’

“With about 1.1 startups per 1000 inhabitants, Amsterdam is the European champion when it comes to entrepreneurship”, says Hein de Jong, co-founder of TEN. “With thirteen unicorns, Amsterdam is one of the top European regions for the total number of unicorns. However, there is a flaw in the growth of future unicorns.”

This could be caused by the amount of funding that VCs invest in startups, De Jong found by analysing data from Dealroom. In Amsterdam, VCs invest on average 264,000 euros per startup. Compared to nine other leading startup regions, this is the lowest. The average investment per startup among these ecosystems is 525,000 euros. In Stockholm, the average is even more than a million per startup.

The soonicorns of Amsterdam

It’s not all doom and gloom when it comes to Amsterdam’s unicorn pipeline. Besides the thirteen already existing startups that made it through the mythical barrier, there are several more on their way. Based on their valuation, growth indicators and funding rounds as detailed by business intelligence platform Dealroom. No guarantees, obviously. But these are 8 scaleups from Amsterdam that might soon be unicorns. So, yeah: soonicorns.

Another medtech startup making it big, proving there’s no shortage of medical ingenuity in the city. Lumicks raised €77 million just this year for their development of single-molecule analysis technologies for cancer research and cancer immunotherapy. For their Series D round, French Lauxera Capital and US-based Farallon Capital took point. Their valuation is estimated at just under half a billion, but judging by their growth indicator of the past year they are not done scaling up yet.

Interesting side-effect from a world in lockdown to prevent the spread of a virus: people started to ride bicycles more. Way more. And not just any bicycle, the stylish and smart VanMoofs are often the wheels of choice. The Amsterdam-born scaleup coincidentally launched a new bike and raised funding right before the big rush came in.

It led to a rapid expansion, where the company rolled out their physical presence to 50 cities worldwide. They secured a €33 million Series B funding round led by Norwest Venture Partners from the US and Felix Capital and Balderton Capital from the UK. With an estimated valuation of just under €200 million, the company isn’t a unicorn quite yet. But at this pace, who knows…maybe soon, right?

Also profiting from the mobility shift is Dott. The Amsterdam-based micro-mobility scaleup with e-scooters available for sharing. Whenever a big city in Europe decides to experiment with much needed micro-mobility solutions, Dott seems to be the one they turn to. Its latest achievement is a trial with their rental scooters in London. Dott recently raised a €70 million Series B round led by Belgian Sofina. According to Dealroom, that puts them at a roughly estimated valuation of €400 million.

It’s impossible to put a price on finding the cure for cancer. And while Neogene Therapeutics isn’t working on a cure, more on a specialised and personalised treatment, their work is incredibly valuable. This was emphasised in 2020 when the Amsterdam-based medtech startup raised €93 million only 2 years after its inception. The funding round was led by US-based EcoR1 Capital, French Jeito Capital and UK-based Syncona Capital. Neogene’s valuation is currently estimated at around half a billion while its teams, both in the US and in Amsterdam are rapidly growing.

It ain’t easy being a student. Especially the last year, when universities and schools were forced to close their doors. That’s when StuDocu accelerated. The online platform where students can share knowledge and study materials found themselves in the right place. During the pandemic, they expanded their platform to include high schools as well. Just this year they raised a Series B funding round of €50 million mainly from Paris based VC-firm Partech, leading to an estimated valuation of over €200 million.

Fintech is booming in Amsterdam and Bux is a prime example. The investment app claimed ‘explosive growth‘ earlier this year with people signing on to trade cryptocurrencies. The neo broker saw an increase of 500 per cent in daily trades in just one month as they say they are now the largest neo broker of Europe. Dealroom estimates its valuation at somewhere between €300 and €400 million, yet Bux is not done growing yet.

After their €66,5 million funding round earlier this year, led by Dutch/South African Prosus and Chinese Tencent, they also appointed COO Yorick Naeff as the new CEO. He told us: “BUX has now entered a phase of hyper-growth in which the focus is shifting from building to execution and acceleration.” In other words: soon.

The online auction platform Catawiki has turned things around. After experiencing staggering growth in their early days, the company started to report substantial losses. A restructuring of the company, which includes appointing Ravi Vora from Flipkart as the new CEO, managed to turn the red numbers black again.

With the pandemic causing the auctions to take place online, Catawiki is firing on all cylinders again and fresh funding of €150 million, from British investment firm Permira and American Accel, will keep them going upwards for a while. Dealrooms numbers see the company growing, with a current estimated valuation between €300 and €450 million.

Medtech is big in Amsterdam. Another company growing rapidly in that field is Castor. It offers a cloud-based clinical data platform that simplifies and streamlines clinical trials processes. A much sought-after tool these days, as one can imagine. The scaleup recently raised a Series B funding round of €38 million with London-based Eight Roads Ventures. This will allow them to expand to the US and APAC markets, where there is plenty of room to grow. A Dealroom estimation values the company on roughly €200 million worth.

There is no shortage of money available for Dutch startups, as they’ve already raised a record amount in 2021. However, the larger funding rounds like the ones detailed above are almost exclusively a foreign affair, led by non-Dutch investors. This could lead to money flowing to other countries in the future, startup and investment analyst Thomas Mensink noted in an earlier interview with SiliconCanals. He added that Dutch investors are growing their funds, but don’t operate on a scale to create unicorns yet.

De Jong from TEN acknowledges the need for local support to help startups scale: “The fact that startups in Stockholm score four times more funding on average is partly because the entrepreneurs behind Spotify put much effort into strengthening the local startup ecosystem.”

With his new fund, De Jong is aiming for a similar approach. “We let investors with a lot of experience working together with the most promising startups. Funds such as First Round Review, Northzone, and Seedcamp prove that this approach works, testifying to the successes of Uber, Spotify, and Revolut, respectively.”

De Jong founded TEN together with Seroj de Graaf and Jan-Matthijs van Eendenburg. All three are experienced entrepreneurs who have contributed to startups like Ace & Tate, Johnny Loco, Nortvi, Together, LoCoMoGo, and Travelteq. TEN is raising a 30 million fund to invest in about ten early stage startups, providing a solid base for future growth. While that is no unicorn-making-money, even a valuation of a billion euros has to start somewhere.

The Future of Payments Processes

What does it take to create a startup ecosystem? – TechCrunch