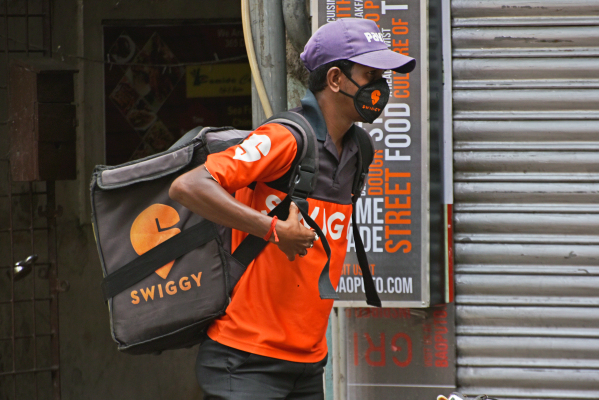 SoftBank Vision Fund 2 is in advanced stages of talks to invest up to half a billion dollars into food delivery startup Swiggy, two sources familiar with the matter told TC. The new investment values the Indian startup at about $5.5 billion, the sources said.

The new investment would add to the $800 million fundraise Swiggy unveiled earlier this month. SoftBank began exploring investment in India’s food delivery space earlier this year, and also looked at Swiggy’s rival Zomato. But the investment firm picked Swiggy earlier this week, a person familiar with the matter said.

The new investment talks come amid Zomato raising $910 million in recent months as the Gurgaon-headquartered firm prepares for an IPO this year. The last tranche of investment valued Zomato at $5.4 billion. During its fundraise, Zomato said it was raising money partially to fight off “any mischief or price wars from our competition in various areas of our business.”

A third player, Amazon, also entered the food delivery market in India last year, though its operations are still limited to parts of Bangalore.

At stake is India’s food delivery market, which analysts at Bernstein expect to balloon to be worth $12 billion by 2022, they wrote in a report to clients earlier this year.

After raising $800 million, Swiggy co-founder and chief executive Sriharsha Majety told employees in a memo that the new fundraise “gives us a lot more firepower than the planned investments for our current business lines. Given our unfettered ambition though, we will continue to seed/experiment new offerings for the future that may be ready for investment later. We will just need to now relentlessly invent and execute over the next few years to build an enduring iconic company out of India.”

He added in that memo that the long-term goal for the startup is to serve 500 million users in the next 10-15 years, pointing to Chinese food giant Meituan, which had 500 million transacting users last year and is valued at over $100 billion.

“We’re coming out of a very hard phase during the last year given Covid and have weathered the storm, but everything we do from here on needs to maximise the chances of our succeeding in the long-term,” he wrote.

Swiggy, which counts Prosus Ventures among its largest investors, last year eliminated some jobs — so did Zomato — and scaled down its cloud kitchen efforts as it attempted to stay afloat during the pandemic, which had prompted New Delhi to enforce a months-long lockdown.

Bharat Biotech and WHO to have pre-submission meeting on 23 June to gain Emergency Use Listing-India News , FP

Subtle but substantial changes over its predecessor- Technology News, FP