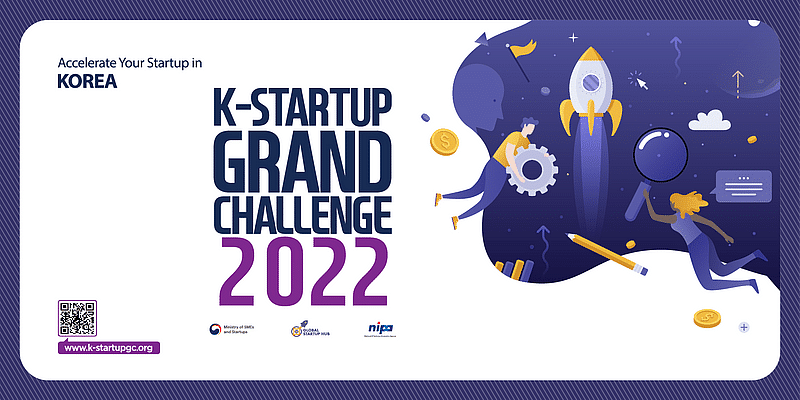 With more than 200 accelerators, incubators and innovation centres, South Korea is among the most vibrant startup ecosystems in the world. The country is also bullish on the growth of its startup scene by endorsing tax breaks and incentives for angel investors and venture capitalists, tax benefits for mergers and acquisitions in the technology and R&D sectors, and improvements in visa regulations for startup and entrepreneurs from abroad.

All of these initiatives are crowned by its annual startup property, the K-Startup Grand Challenge — South Korea’s largest outreach programme for the entrepreneurial ecosystem. Read on to know some of the more compelling reasons why South Korea, and in particular the K-Startup Grand Challenge, makes for a great choice if you’re looking to scale your startup across Asia.

South Korea is the world’s most connected country with 100 percent LTE coverage. The country has the fastest average internet connection and the highest number of broadband services per capita in the world.

Korea has a phenomenal reputation when it comes to its potential for e-commerce thanks to the extremely high rate of smartphone usage in the country. According to CNBC, Korea will be the third largest e-commerce market in the world in five years, catching up with China and the United States.

The Korean government is constantly improving the infrastructure that supports the startup ecosystem. In a recent press conference, Korean President Moon Jae In has also asserted to actively assist startups to grow into the ‘scale-up’ stage. The Korean government has announced that they will invest KRW 10 trillion (~USD 8.7 billion) in startups and ventures over the next three years as a part of the plan for innovation and economic growth.

South Korea is one of the safest countries in the world with an extremely low crime rate. Furthermore, the country has a patent law system in place so that startups could bring their creative ideas under government protection.

Korea provides great opportunities to perform consumer testing. With almost half of the country’s population in Seoul, Koreans are known to be early adopters of new technologies. They are eager to be the first to buy and use newly released technology.

A large number of prominent Korean companies that are involved in the programme have expressed interest in collaborating with startups from around the world. The K-Startup Grand Challenge thus offers an unprecedented opportunity for startups to interact with the most innovative and influential Korean companies that have a prominent global presence.

A gateway to Asia

A vibrant startup and tech ecosystem

Home to 18 unicorns, South Korea’s active and well-designed startup ecosystem regularly attracts the attention of investors, accelerators, and incubators from all around the world. Google, for example, launched its first-ever Asian Google Campus in Seoul. Facebook is also on board with its new innovation lab opened in Pangyo. Projects between conglomerates and startups are also active under government directions. For instance, conglomerates such as Samsung, Hyundai, LG, SK, POSCO, Lotte, Hanwha, CJ, GS all have robust acceleration or venture programmes.

With a domestic market size of about USD 736.21 billion, South Korea has the 15th biggest internal market in the world. Despite the tiny population and the small domestic demand market size, the Korean domestic market has substantial purchasing power, a fact that has been acknowledged by many global firms for a long time. Such an environment could provide a footstone for global startups.

Talking about how South Korea is a good business market for foreign startups,

Matei Psatta, CMO of TPS Engage from the 2019 cohort said, “From my experience, South Korea is like a window to global expansion. When you make collaborations with international companies like Hyundai, Samsung, LG, etc, you also get the advantage of extending services to other countries.”

Apply for the K-Startup Grand Challenge 2022

As the world’s largest three-month global accelerator programme, the K-Startup Grand Challenge can provide you and your startup with the support and opportunities for investment that you need to launch your business in Asia. The benefits include:

3. Grants and living expenses during the programme

4. Working out of a brand-new, centrally-located startup campus

Promising startups with a clear objective to expand into Asia by using the Korean market as a stepping-stone may register and apply for the challenge.

<Know more about K-Startup Grand Challenge 2020 and apply for it here.>

GlobalFair raises $20M in Series A round led by Lightspeed