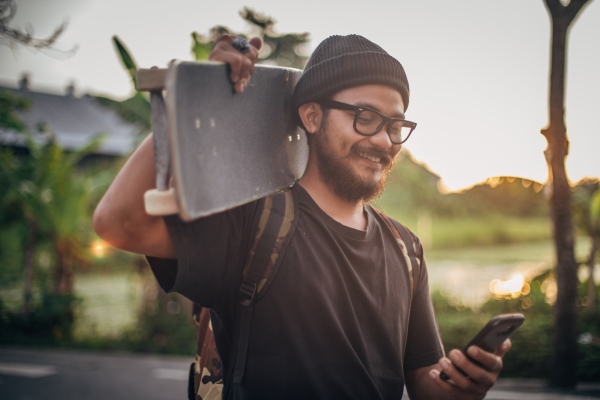 Brankas, an open banking startup for Southeast Asian markets, is entering the new year with a $20 million Series B. The funding was led by Insignia Ventures Partners, with participation from returning investors Beenext and Integra Partners. Other backers included Visa (Brankas was a member of its 2021 Accelerator Program), AFG Partners and Treasury International, the venture capital firm led by fintech veterans including Jeff Cruttenden, co-founder of Acorns and Eli Broverman, co-founder of Betterment, also invested.

Brankas says it is seeing 30% month-on-month growth in API usage and is now used by more than 40 banks and 100 enterprise customers and channel partners. Since many of its fintech clients focus on “unbanked” people, or people who don’t have traditional bank accounts or credit cards, Brankas’ partners include financial providers like remittance companies and e-wallet.

For more about Brankas’ start, see TC’s 2019 profile of the company, the same year it raised its Series A.

Since then, Brankas chief of staff Bala Subramanian told TC that it’s been “aggressively building new products during the pandemic, which have seen great uptake in our current operating markets of Indonesia, the Philippines, Thailand and Singapore.”

For example, these included four new payments products—Direct, for account-to-account bank transfers; Disburse for remittances directly from accounts; Pay, a no-code solution for micro-businesses to collect payments; and for enterprise customers, IPG, a platform created for large financial institutions to collect payments on behalf of merchants).

Since its Series A in 2019, Subramanian said Brankas has witnesses more regulator support for open finance, because they see it as an enabler to financial inclusion and greater customer choice. Its also seen more “banking-as-a-service” products, or bank products like savings accounts, cards and loans offered as “embedded finance” on third-party apps, including e-commerce, SME account management and HR and payroll software. As a result of increasing adoption, he said that “large multinational financial service providers like Visa are embracing open finance, even if it may threaten their legacy business in the short term.”

Open finance has also been adopted by the mainstream cryptocurrency community, he added, thanks to increasing demand for “tradefi” products to complement crypto earnings.”

Brankas new funding will be used to build new APIs and double its current team of 100. It also plans to add more capabilities to its payments, data and banking-as-a-service API product menu in Indonesia, the Philippines and Thailand. Tt will also announce partnerships with digital banks and fintech companies in Vietnam and Bangladesh, two new markets where Brankas will go live early this year.

Brankas also plans to [[deepen the capabilities of its payments, data and banking-as-a-service API product menu in Indonesia, the Philippines and Thailand. Will also announce partnerships with digital banks and fintech leaders in Vietnam soon and Bangladesh, going live early this year].

Other open finance API startups in Southeast Asia include Finantier and Finverse. Subramanian said Brankas’ differentiators include its regional coverage and being the only company to offer regulated payments APIs enabling direct bank transfers and remittances without a middleman, as well as cryptocurrency payment and wallet linking APIs. He also said that through Visa, Brankas enables open finance for all Visa partner banks in the region and is currently developing new solutions for payments, identity and data analytics.

In a statement about its investment in Brankas, Insignia Ventures Partners principal Samir Chaibi, said, “We have also been impressed by Brankas’s approach to market development and their ability to launch and scale their products in a regulatory compliant manner while ensuring that developers benefit from a reliable and stable source of banking and financial data and beyond.”

Remote Control? What You Need to #WFH Forever

How to Rebuild a Failing Business

Circular.io is putting a referral spin on tech recruitment – TechCrunch

How to Start a Cannabis Business on a Shoestring Budget

Financepeer To Raise $35 Mn In Funding Led By QED Investors