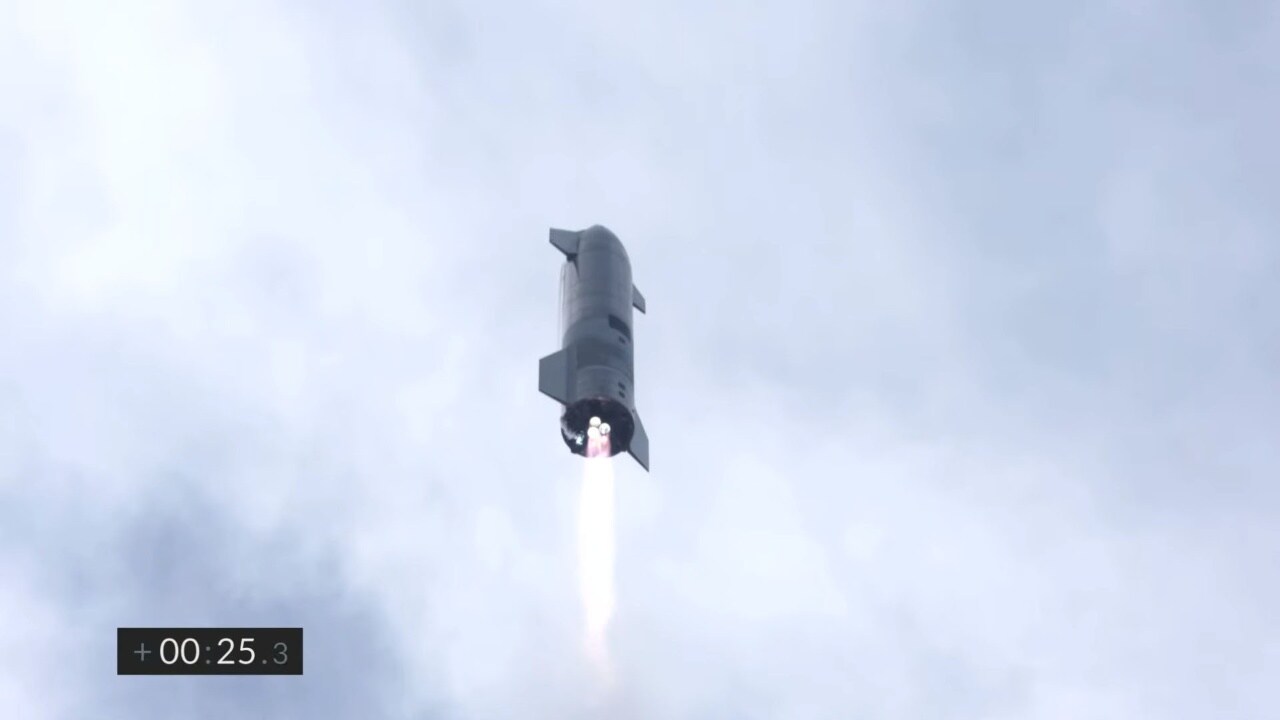 SpaceX’s futuristic Starship looked like it aced a touchdown Wednesday, but then exploded on the landing pad with so much force that it was hurled into the air. The failure occurred just minutes after SpaceX declared success. Two previous test flights crash-landed in fireballs. The full-scale prototype of Elon Musk’s envisioned Mars ship soared more than 6 miles (10 kilometers) after lifting off from the southern tip of Texas on Wednesday. It descended horizontally over the Gulf of Mexico and then flipped upright just in time to land. The Starship SN10 rocket prototype was launched on a 10 kilometers test flight and nailed its landing at the company’s test site near Boca Chica Village, South Texas on 3 March. Image: SpaceX

The shiny bullet-shaped rocketship remained intact this time at touchdown, prompting SpaceX commentator John Insprucker to declare, “third time’s a charm as the saying goes” before SpaceX ended its webcast of the test.

But then the Starship exploded and was tossed in the air, before slamming down into the ground in flames.

There was no immediate comment from SpaceX on what went wrong. But Musk looked on the bright side in a tweet: “Starship 10 landed in one piece! RIP SN10, honorable discharge.”

He added: “SpaceX team is doing great work! One day, the true measure of success will be that Starship flights are commonplace.”

SpaceX team is doing great work! One day, the true measure of success will be that Starship flights are commonplace.

Musk plans to use Starships to send people to the moon and Mars.

The last two prototypes reached a similarly high altitude in December and February, but slammed into the ground at Boca Chica, Texas, and exploded.

Each of these last three test flights lasted 6 1/2 minutes.

How does it work, and should you use it?- Technology News, FP