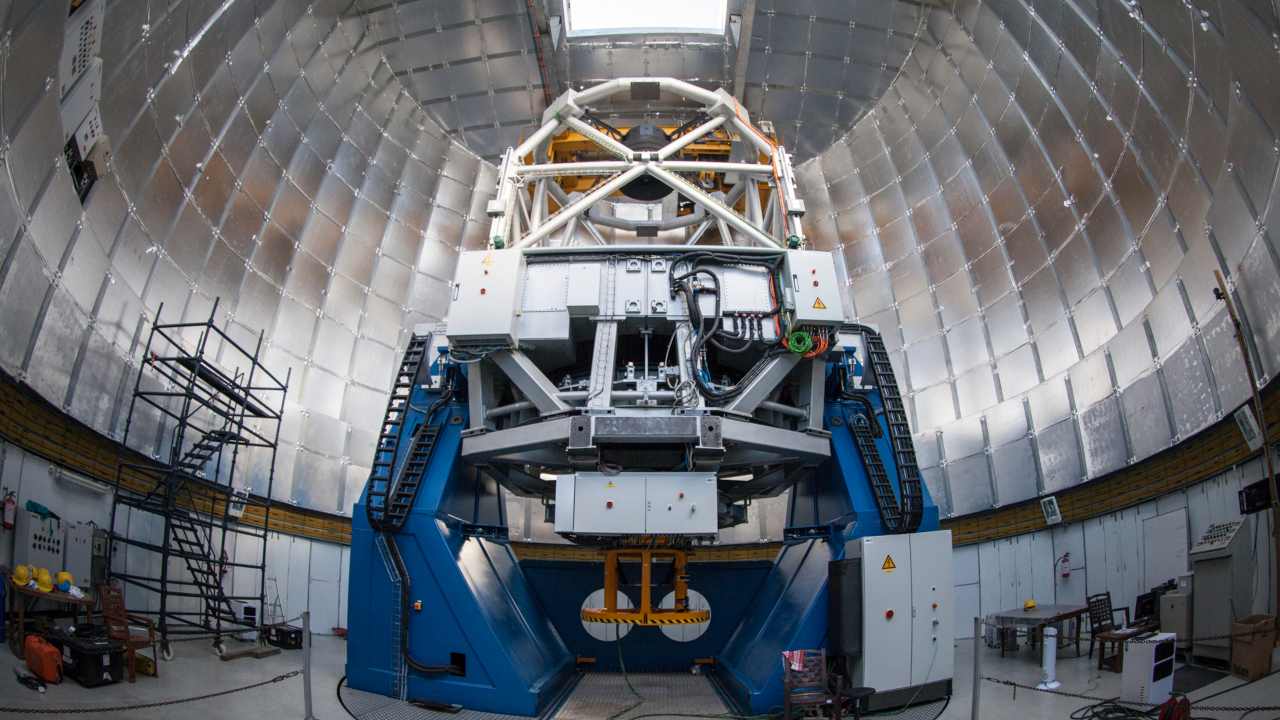 Indian scientists have indigenously designed and developed a low-cost optical spectrograph that can locate sources of faint light from distant quasars and galaxies in a very young universe, regions around supermassive black holes around the galaxies, and cosmic explosions, the Department of Science and Technology said on Wednesday. Such spectroscopes were so far imported from abroad involving high costs. The optical spectrograph named as Aries-Devasthal Faint Object Spectrograph & Camera (ADFOSC), indigenously designed and developed by Aryabhatta Research Institute of Observational Sciences (ARIES), Nainital, is about 2.5 times less costly compared to the imported ones and can locate sources of light with a photon-rate as low as about 1 photon per second.

The spectroscope, the largest of its kind among the existing astronomical spectrographs in the country, has been successfully commissioned on the 3.6-m Devasthal Optical Telescope (DOT), the largest in the country and in Asia, near Nainital in Uttarakhand.

This instrument, a backbone of the 3.6-m DOT for observations of extremely faint celestial sources, uses a complex arrangement of several lenses made of special glasses that are polished to better than 5-nanometer smoothness to produce sharp images of the celestial sky.

Photons coming from distant celestial sources, collected by the telescope, are sorted into different colours by the spectrograph and are finally converted into electronic recordable signals using an in-house developed Charge-Coupled Device (CCD) camera cooled to an extremely low temperature of minus 120 degrees Celsius. The total cost of this instrument is around Rs 4 crore.

Amitesh Omar, scientist at ARIES, led this project with a technical and scientific team, which together researched and developed various optical, mechanical, and electronic subsystems of the spectrograph and camera.

The spectrograph is presently being used by astronomers from India and abroad to study distant quasars and galaxies in a very young universe, regions around supermassive black-holes around the galaxies, cosmic explosions like supernovae and highly energetic gamma-ray bursts, young and massive stars, and faint dwarf galaxies.

The indigenous efforts to build complex instruments like ADFOSC in India is an important step to become ‘Aatmanirbhar’ in the field of astronomy and astrophysics, said Dipankar Banerjee, Director, ARIES. Expertise from various national institutes, organizations, including the Indian Space Research Organisation (ISRO) and some micro-small-medium (MSME) enterprises, were involved to review and build parts of the instrument serving as an example of effective collaboration, the DST said.

With this expertise, ARIES now plans to commission more complex instruments such as spectro-polarimeter and high-spectral resolution spectrograph on the 3.6-m Devasthal telescope in the near future, it added.

Double-masking causes no breathing problem, even if you have respiratory issues- Technology News, FP