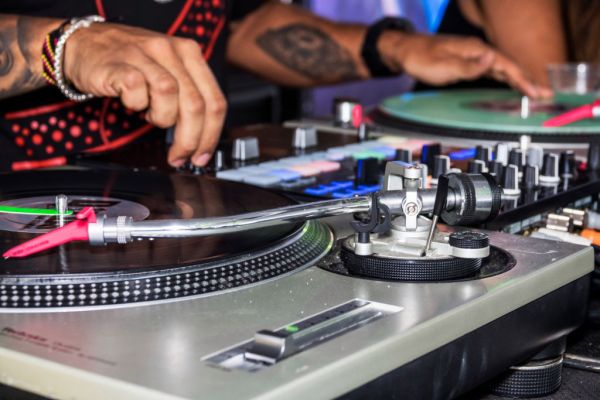 Splice, the New York-based, AI-infused, beat-making software service for music producers created by the founder of GroupMe, has managed to sample another $55 million in financing from investors for its wildly popular service.

“The music creation process is going through a digital transformation. Artists are flocking to solutions that offer a user-friendly, collaborative, and affordable platform for music creation,” said Stephen Kerns, a VP with Goldman Sachs’ GS Growth, in a statement. “With 4 million users, Splice is at the forefront of this transformation and is beloved by the creator community. We’re thrilled to be partnering with Steve Martocci and his team at Splice.”

Splice’s financing follows an incredibly acquisitive 2020 for the company, which saw it acquiring music technology companies Audiaire and Superpowered.

In addition to the financing, Splice also nabbed Kakul Srivastava, the vice president of Adobe Creative Cloud Experience and Engagement as a director for its board.

The funding news comes on the heels of Splice’s recent acquisitions of music-tech companies Audiaire and Superpowered, creating more ways to improve and inspire the audio and music-making process. Splice is also pleased to announce that Kakul Srivastava has joined the company’s board.

Splice’s beefed up balance sheet comes as new entrants have started vying for a slice of Splice’s music-making market. These are companies like hardware maker Native Instruments, which launched the Sounds.com marketplace last year, and there’s also Arcade by Output that’s pitching a similar service.

“My job is to keep as many people inspired to create as possible,” Splice founder and chief executive Steve Martocci told TC.

It’s another win for the serial entrepreneur who famously sold his TC Disrupt Hackathon chat app GroupMe to Skype for $85 million just a year after launching.

Putting The Spotlight On The Coolest Women Product Leaders

Zeta’s Bhavin Turakhia and his journey to mastery

6 Blogging Trends to Capitalize on This Year