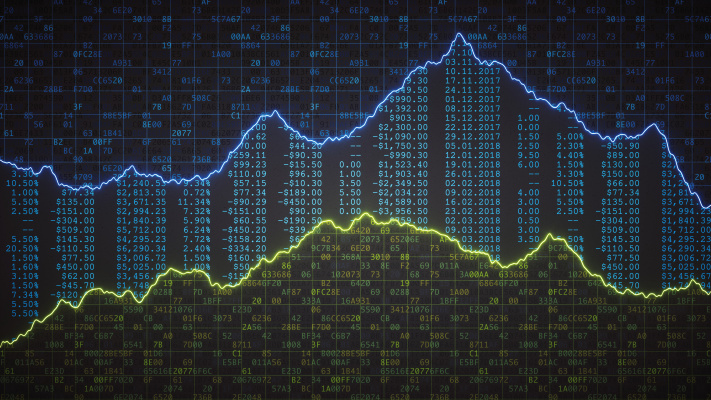 An old rule of thumb for building a startup is to find a group of professionals who use spreadsheets to do their work and then build an app to replace their spreadsheet usage. Presto, you have a startup, and perhaps even a new software category.

Spreadsheet.com, however, is doing the opposite. Instead of turning spreadsheets into apps, the startup wants to put apps in your spreadsheets.

TC caught up with the company when it reached out, disclosing that it raised $5.5 million last June. That round, wrought from the coffers of Spark Capital, First Round Capital and Firebolt Ventures, is now a pretty dated event. (PitchBook details a valuation of around $22 million, post-money, for that funding event.) But what Spreadsheet.com is up to is neat. Let’s talk about it.

Spreadsheets are a blend of database (structured data storage), calculator (averages, sums and all sorts of other goodies), and programming interface (functions and more). That hybrid feature set has kept traditional spreadsheet tools like Microsoft’s venerable Excel relevant amid a growing sea of applications.

Jokes abound concerning just how much spreadsheets hold up the world. This meme remains stuck in my mind, for example:

The movement to replace spreadsheets has yet to strike a lethal blow against their general usage. That reality forms part of Spreadsheet.com’s thesis. CEO Matt Robinson told TC that companies that break out parts of their workflow from spreadsheets into tailored apps wind up merely running both sets of software at the same time. So, Robinson and co-founder Murali Mohan want to build a spreadsheet that helps companies avoid running more apps at one time than they must.

What does the company’s product do? Robinson answered that question with a question of his own: What do we currently do with spreadsheets? He offered up managing data, assigning tasks and linking to docs as examples. Using his startup’s service, he said, those are things that you can do in a spreadsheet, without having to use a separate app.

“We designed Spreadsheet.com to be the best of both worlds,” he explained in a follow-up Q&A. “It works just like the traditional spreadsheet you already know, but with a whole new set of capabilities.”

The company’s software can display spreadsheets in various formats like a timeline-style perspective, something that should be familiar to Airtable fans. Robinson also emphasized that Spreadsheet.com can handle formulas that folks already know, adding that it will be able to handle if-then functions to send data to other apps or trigger emails. The CEO argued that his company is building first-party features instead of third-party plugins.

Notably, Spreadsheet.com is not generally available today, so if you haven’t heard of it, don’t consider yourself behind. The company told TC that it currently has a 16,000-person waiting list, which it plans to open to others on October 17, which, it turns out, is Spreadsheet Day.

Asked how the company managed to build such a large waitlist while being in something akin to stealth mode, Robinson noted that Fast Company did cover the company back in 2019. Not a bad result.

When a startup flies out of the ether to announce a historical funding round, our first question is whether it’s about to fundraise again. TC doesn’t want to play patsy to a company’s next funding cycle. In this case, Robinson said that his startup has received inbound Series A interest and may raise in the next 12 months. Because that’s not tomorrow, I’m content to yammer about them in the interim.

Robinson indicated that Spreadsheet.com has around 2.5 years of capital in the bank and is not cash-constrained. If it does raise in 2021, then, it should be able to extract a pound of flesh in the form of a strong valuation; raise when you don’t need to, another startup rule of thumb states.

Why raise more capital inside the next year if the company doesn’t need cash? Robinson said that if his startup wants to scale its non-engineering roles — it is currently around 92% engineers by headcount — and wants to hire the best, and those folks won’t come cheap. And the CEO noted that some competing players have raised hundreds of millions of dollars. Competing won’t be cheap, either.

In the larger universe that Spreadsheet.com plays in, there are many competing companies. Airtable is the obvious mention; the unicorn has raised more than $600 million, per Crunchbase data. Layer wants to make spreadsheets more collaboration-friendly. Stacker wants to help no-code developers build apps from spreadsheets, something akin to the antithesis of Spreadsheets.com. So does Rows, which was known as dashdash earlier in life. Flowhaven wants to do brand work outside of spreadsheets, an example of the market trend that Spreadsheet.com wants to combat. And Fivetran wants to “bring spreadsheets into the modern age and make it easier for users to work with messy data and analyze large amounts of information,” per our own reporting.

So, we now wait for Spreadsheet.com to open its doors and let the world get a better look at its tech. Are spreadsheets going apps, or are apps going spreadsheets? We’ll find out.

Trustpilot gears up to be a unicorn as it plans London IPO: Here’s what to expect