The decline in the star formation activity, which peaked 8-10 billion years ago, was due to the exhaustion of atomic hydrogen, the primary element in the creation of a celestial body, researchers have found. A team of astronomers from the National Centre for Radio Astrophysics (NCRA-TIFR), Pune, and the Raman Research Institute (RRI), Bangalore, an institute of the Department of Science and Technology (DST), have uncovered the mystery behind the decline in star formation activity by measuring the atomic hydrogen of the galaxies.

For long, scientists have been intrigued by the decrease in the rate at which stars were formed in galaxies after it peaked about 8-10 billion years ago. 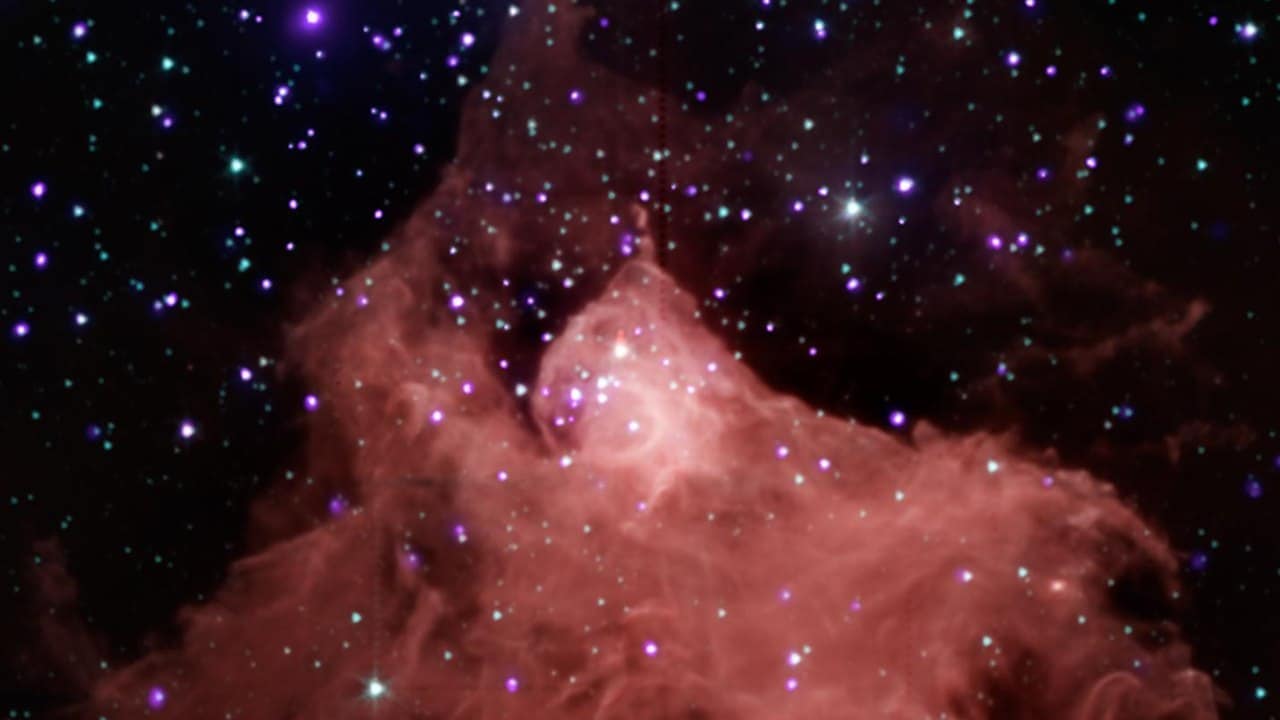 The decline in the star formation activity, which peaked 8-10 billion years ago, was due to the exhaustion of atomic hydrogen, the primary element in the creation of a celestial body. Image Credits X-ray: NASA/CXC/PSU/K. Getman et al.; IRL NASA/JPL-Caltech/CfA/J. Wang et al.

Galaxies are made up mostly of gas and stars. Gas converts to stars with time. Understanding this conversion requires measurement of the atomic hydrogen gas, the primary fuel for star formation in galaxies in early times.

Astronomers have long known that galaxies formed stars at a higher rate when the universe was young than they do today. But the cause of this decline is unknown, mostly because there was no information about the amount of atomic hydrogen gas at that time.

The team used the upgraded Giant Metre wave Radio Telescope (GMRT), operated by NCRA-TIFR, to measure the atomic hydrogen content of galaxies seen as they were 8 billion years ago.

The research, carried out by Aditya Chowdhury, Nissim Kanekar, and Jayaram Chengalur of NCRA-TIFR, and Shiv Sethi, and K S Dwarakanath of RRI, and published in the journal Nature, records the earliest epoch in the universe for which atomic gas content of galaxies has been measured.

The research was funded by the Department of Atomic Energy and DST.

“Given the intense star formation in these early galaxies, their atomic gas would be consumed by star formation in just one or two billion years. And, if the galaxies could not acquire more gas, their star formation activity would decline, and finally cease,” said Aditya Chowdhury, a PhD student at NCRA-TIFR and the lead author of the study.

“The observed decline in star formation activity can thus be explained by the exhaustion of the atomic hydrogen,” he added.

The measurement of the atomic hydrogen mass of distant galaxies was done by using the upgraded GMRT to search for a spectral line in atomic hydrogen.

Dwarakanath, a co-author of the study, said, “We had used the GMRT in 2016, before its upgrade, to carry out a similar study. However, the narrow bandwidth before the GMRT upgrade meant that we could cover only around 850 galaxies in our analysis, and hence were not sensitive enough to detect the signal.”

“The big jump in our sensitivity is due to the upgrade of the GMRT in 2017,” said Jayaram Chengalur, of NCRA-TIFR, another co-author of the paper.

Too good to be true? Pfizer is working on a pill that could potentially treat COVID-19-Health News , FP