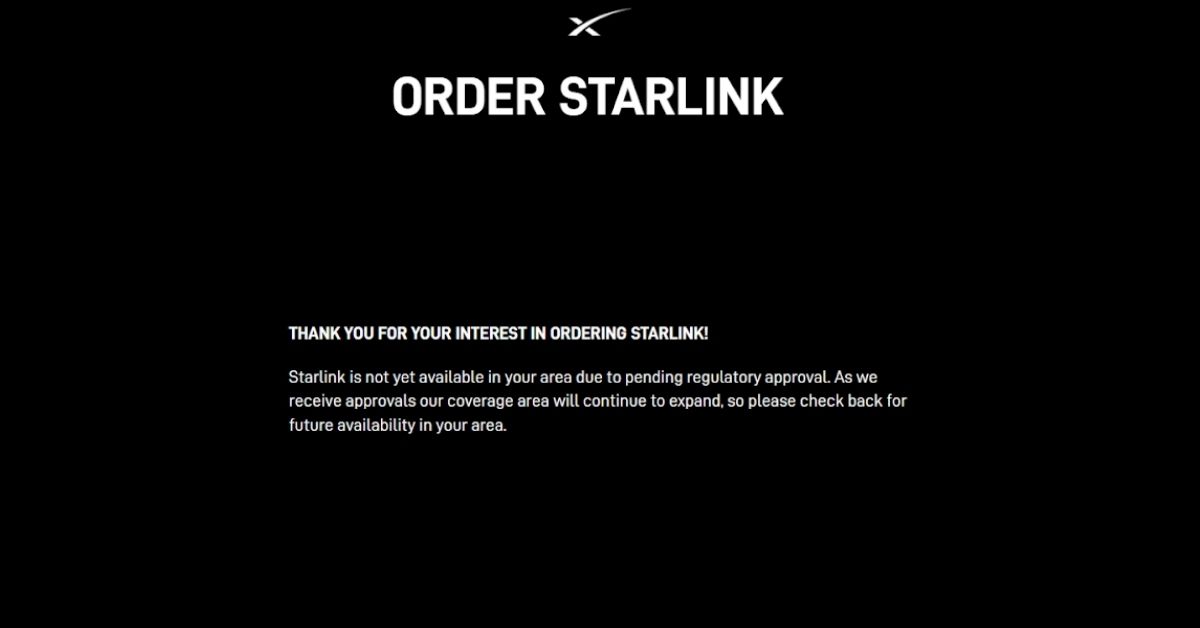 However, it accepts preorders from other locations like the United States and Canada

The DoT in its notice had observed that Starlink was advertising its service without regulatory approval to do so. 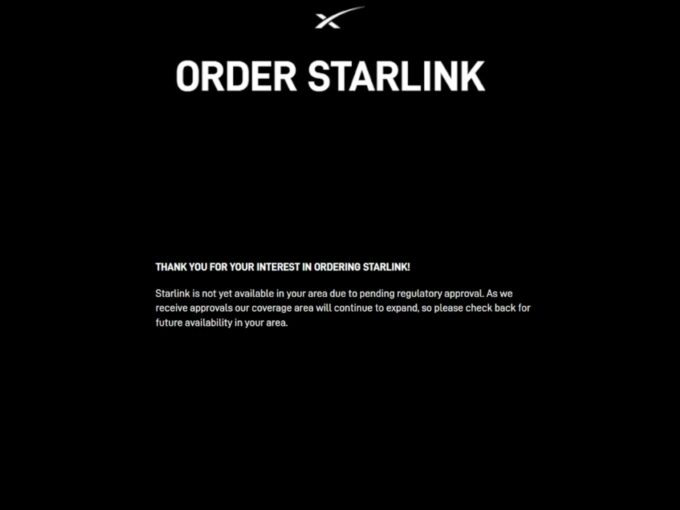 Just days after the Department of Telecommunications (DoT) issued a notice pointing out that Elon Musk’s SpaceX’s Starlink is not authorised to offer satellite-based internet services in the country, Starlink has stopped accepting preorders for its satellite-internet service from Indian addresses. 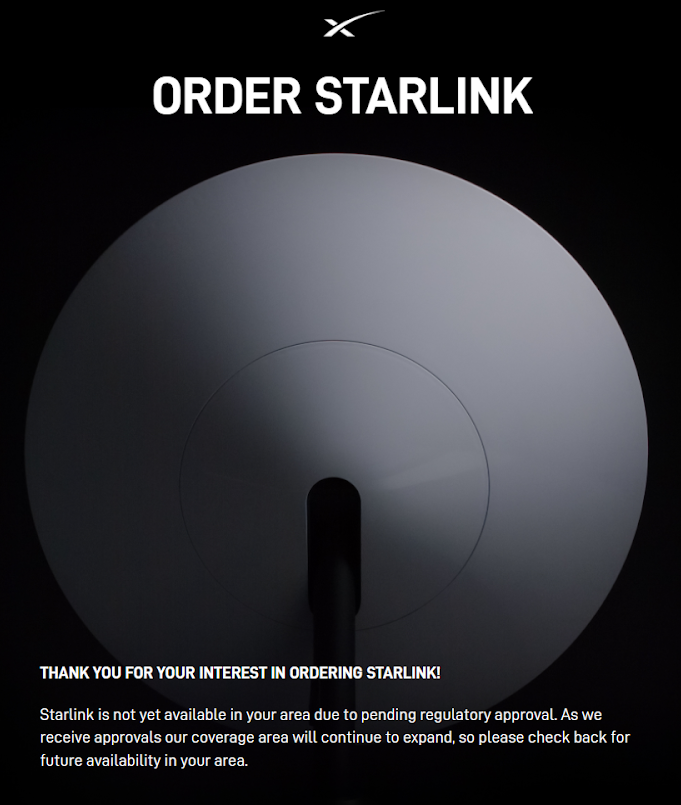 Starlink country director Sanjay Bhargava had no comments to make on the DoT notice when Inc42 reached out.

If you enter an Indian address on Starlink’s page for preorders, you are greeted with a message that says, “Starlink is not yet available in your area due to pending regulatory approval. As we receive approvals our coverage area will continue to expand, so please check back for future availability in your area.” The website continues to accept pre-orders from other locations, like the United States.

According to the notice issued by the DoT, it had observed that Starlink was advertising and had opened pre-booking for its Starlink Internet service in India. Starlink began its India expansion following the appointment of Sanjay Bhargava as the country director. After that, it registered a fully-owned subsidiary in India called Starlink Satellite Communications Private Limited—a company that lists Sanjay Bhargava and Anand Prasad as signatories.

Earlier this month, Starlink announced that it was exploring a collaboration with Indian telecom companies. Bhargava told media that discussions with broadband service providers would start once the twelve districts for a satellite internet pilot are finalised by NITI Aayog, the government’s public policy think tank.

Starlink uses special low-earth-orbit (LEO) satellites that orbit at between 500 and 2000km above the earth’s surface, which is much lesser than the usual orbit of conventional satellites which operate at about 36,000km. This proximity means that Starlink can deliver much faster, lower-latency internet than conventional satellite-internet services.

Starlink had hit similar regulatory hurdles earlier this year when they were rolling out beta-testing for their service in the country. The Broadband India Forum (BIF), a policy think-tank consisting of internet service providers and internet companies, objected to the rollout.

The forum argued that Starlink did not have a license or authorisation of any kind to offer internet services in India.

OneWeb, a satellite internet service provider backed by Bharti Global and the United Kingdom government, received a letter of intent (LoI) from the DoT for providing global mobile personal communication by satellite services in the country. The license will only be issued after the company submits compliance fees and other related fees, a process that may take more than a month.

OneWeb is also a member of the Broadband India Forum.

How EdTechs can change the game for Industry 4.1

Cadoo gets $1.5M to gamify fitness with betting challenges – TechCrunch