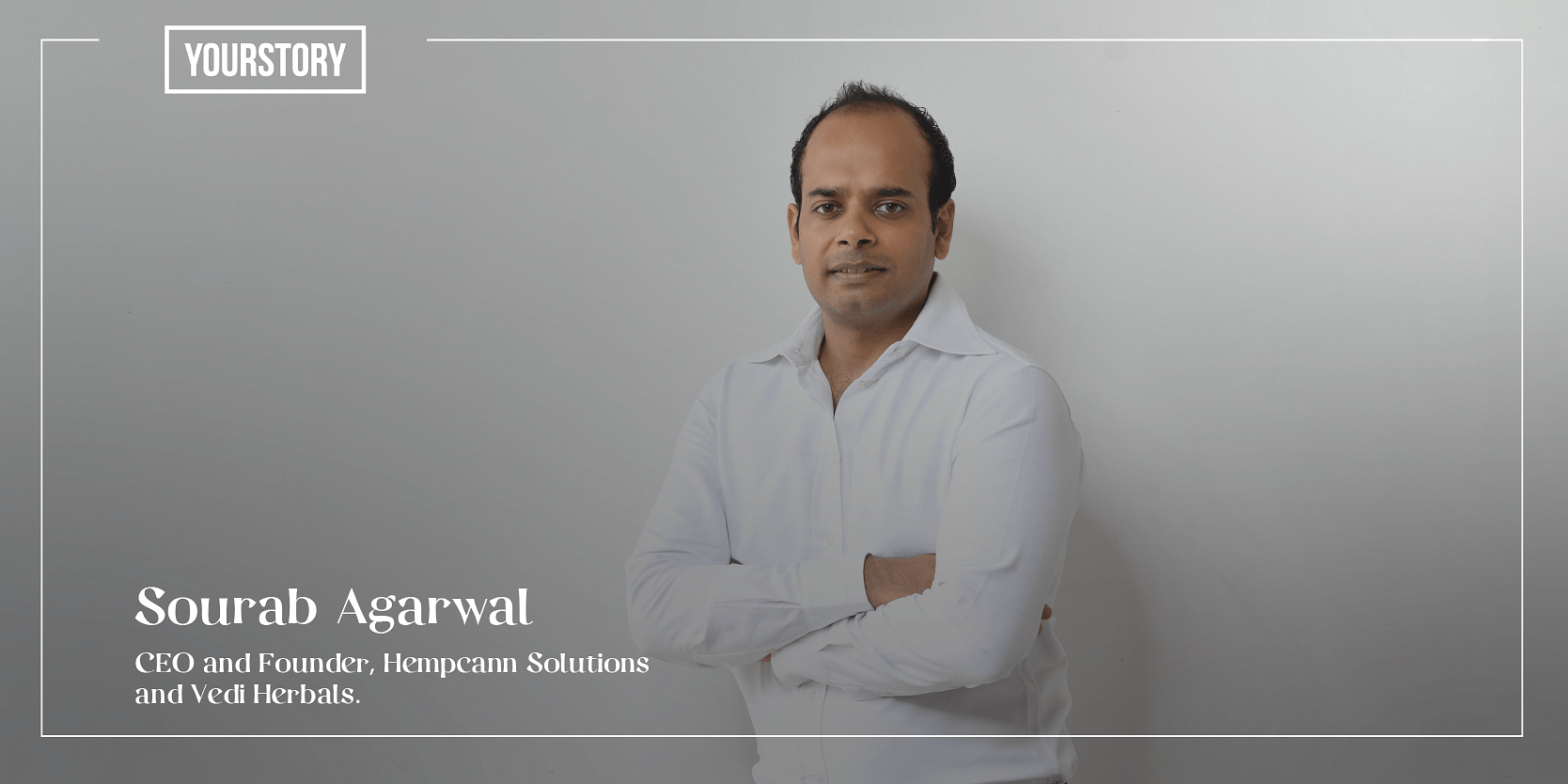 During his trip to Odisha in 2016, Sourab Agarwal met a tribal community that changed his perception about medicine. He observed that the community had integrated the principles of Ayurveda in their everyday lives and used it so intrinsically, that they’d been able to cure common ailments with just herbs and plants found in their surroundings.

That inspired Sourab, who had at the time been toying with the idea of exploring the medicinal uses of cannabis following his experience with the herb in the UK where momentum around CBD oil and other cannabis derivatives was growing.

He decided to bring together the worlds of cannabis and Ayurveda, and revive ancient Indian medicines in his own way through ﻿Hempcann Solutions﻿, a Bhubaneswar-based startup he founded in 2016.

Get connected to Hempcann Solutions

HempCann Solutions-owned Vedi Herbals, the company’s consumer-facing brand, sells various Ayurveda products such as ashwagandha, and shatavari, along with cannabis-infused medicine that targets a host of ailments such as insomnia, chronic pain, inflammation, irritable bowel syndrome, epilepsy, depression, and migraine, among many others.

The startup sells directly to consumers via its website, as well as out of its Vedi Wellness Centres in Bengaluru and Bhubaneswar. Its products are AYUSH-certified.

Sourab says one of the biggest USPs of cannabis — and what has led to its worldwide acceptance — is its ability to treat a myriad of diseases, and not just symptomatically, the way western medication does, but from the root.

Get connected to Hempcann Solutions

“​​We all know that western medicine does not cure the ailment at its root; rather it suppresses symptoms. Cannabis, however, which is accepted in our Indian systems of medicine, works wonderfully in modifying the disease and offering a holistic therapy,” Sourab tells YS.

In fact, Ayurveda, which is often hailed as the world’s first text on medicine, mentions the use of cannabis — or ‘vijaya’ — to treat issues including anxiety, insomnia, malaria, and rheumatism, among others.

​​In modern India though, the drug has been relegated to a ‘narcotic substance’ position, banned under laws of the land for any sort of use — medicinal or recreational.

Under Prime Minister Narendra Modi, who has been pushing for Indians to go back to their Ayurvedic roots when it comes to medicine, the hope is that marijuana would regain its legal, medicinal status, regulated by the Ministry of AYUSH (Ayurveda, Yoga & Naturopathy, Unani, Siddha and Homeopathy).

“Sadly, even though Cannabis indica is native to India, it has always been seen in a bad light. Cannabis is not only among the best herbal medicine, it can also contribute immeasurably in building a sustainable planet and an eco-friendly way of life,” Sourab says.

Vedi Herbals’ cannabis-based medicine comes in the form of drops of oil that people can ingest, or in the form of tablets. Apart from Ayurvedic herbs and cannabis medicine, the startup has recently ventured into the hemp body products space, where it is concocting body washes and liquid soaps using cannabis and hemp oils.

The company is currently engaged in various R&D projects to come up with new formulations that use cannabis. Its team of five doctors that advocate the use of medical marijuana guide not only the startup’s innovations and formulations but also consult patients and help them understand how to use the medicine.

“Over 89 percent of India’s population today suffers from one or more types of mental health issues, as well as sleep disorders. And they’re not able to find any permanent solutions to their problems using pharmaceutical drugs,” Sourab says.

“Our range of products, that infuses the essence of Ayurveda in the lives of people, offer nature as a cure,” he adds.

The market and future

With cannabis medicine gaining traction and followers around the world, the global medical cannabis market size is expected to hit $16.47 billion by 2021, and $46.18 billion by 2026, according to a report by Market Data Forecast. In recent studies, it was shown that cannabis could play a vital role in treating mild symptoms of COVID-19, the report stated.

The self-funded startup, since its inception, has served around 8,000 customers. Through its parent company, HempCann Solutions, the startup aims to venture into exporting cannabis-based infusions and other products. It also plans to add more products to its herbal medicine and bath and body products portfolio.

Vedi Herbal’s competitors include the likes of ﻿Boheco﻿, ﻿India Hemp Organics﻿, Cure by Design, Qurist, among others, that sell cannabis leaf extract oils.

Despite there being over a hundred cannabis strains, Cannabis indica — native to India — is expected to hold the largest share of the medical cannabis market, presenting India a lucrative opportunity to lead the world not only in the extraction of medicine from the plant but also other avenues, such as R&D.

Get connected to Hempcann Solutions
Edited by Teja Lele Desai

7 Tips to Secure Electrical Safety in the Industrial Workplace