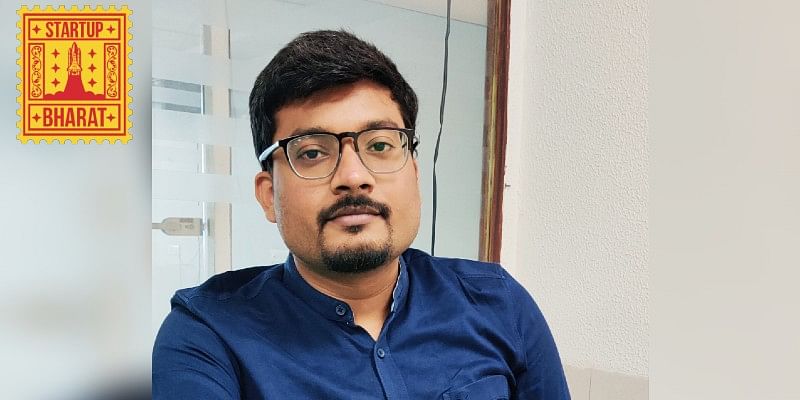 In India, many edtech players – big and small – are trying to build the next chapter with innovative solutions. Edtech startup ﻿Cymatic﻿was started in 2017 by Kaushik Sharaf with a belief that if someone cannot go to learn, the learning can come to them.

From solving the learning problem for school kids, especially in rural and semi-urban areas, the Patna-based startup is now looking to disrupt the test prep space. It has started offering virtual learning for competitive exam aspirants, specially from lower income groups, who could not move to bigger cities to get coaching for these exams, says Kaushik.

Kaushik says even though there is a plethora of options available in the online education space, the real sense of learning has been fading away, where teachers give personal attention to students.

“Cymatic does not believe in the ‘one-size-fits-all’ approach and thus adopted a personalised learning approach where all students are given attention by the teachers in small batches,” he adds.

The founder says that Cymatic, which has over 15,000 students on the platform, is aiming to reach one million students by 2024.

The journey to starting up

Cymatic is the result of Kaushik’s itch for entrepreneurship and his own learning experience. After completing BTech from BIT Mesra, Ranchi, he worked with Uber in Jaipur for seven months, and returned to Bihar later to do something of his own.

Kaushik recalls that he was a below-average student and always wondered if he could do better by spending more time with his teachers. He says that below average kids are told that they are not studying enough, but at the same time, they are not given the needed guidance and attention. And that’s exactly what he decided to solve.

Kaushik incorporated Cymatic in January 2017 as a social impact startup to help students residing in villages of Bihar’s Gopalganj district. The startrup entered a partnership with Prakash Academy, an organisation aimed at providing quality education to the underprivileged, to hire people for a one-year fellowship programme to teach students in rural India. But it soon ran into roadblocks.

“We observed a high downfall in fellowship. Teachers started leaving in the middle; and sometimes even in the first few days of the programme,” Kaushik recalls. The reason, he says, was that even though the teachers were interested in teaching rural students, adjusting to the village living standards was not easy.

“I realised that while I cannot change the village entirely, I could change the method of delivering quality education in village classrooms,” he says.

Kaushik then came to Bengaluru to be mentored by The Nudge Foundation. He interacted with Atul Satija and Naveen Tewari, Founder of inMobi, who advised him to monetise the idea. Thus, in September 2017, Cymatic pivoted its model to combine technology and education, and deliver lessons through live virtual classes.

In the last four years, the startup has developed several tech tools for effective learning, including video-interface with features such as anonymous questions and a 5-dimensional assessment technique, which evaluates students.

It also offers a 24X7 doubt resolution facility, enabling students to engage and interact directly with the teachers and get their problems solved.

When asked if teachers are willing to work round-the-clock, Kaushik clarifies that it has roped in students from premium colleges who are awake in the right and are enthusiastic about solving queries.

“Our teachers are from the hinterlands of India, who are passionate about teaching. We have a team of teachers who graduated from various premier institutes like IIT, IIM, BIT, AIIMS, etc. Dedicated to realising the democratisation of education in the true sense by digital means, they will know better how to guide students who aspire to crack these exams,” he adds.

Kaushik says the startup eventually started catering to Class 6 to Class 12 students, and clocked revenue of Rs 20 lakh by 2019 with more than 700 learners.

It is now on a mission to disrupt online learning. From targeting the school, the startup has now entered competitive exams preparation.

“Cymatic was providing interactive virtual classrooms and peer learning to students of only Class 9 and 10, focusing on board exams in villages,” he says.

“Initially, our primary focus was the CBSE curriculum, but today we give equal focus to the State Boards curriculum. Currently, Cymatic is providing a new innovative learning model – a live virtual interactive classroom to students of not only class 6 to 12, but also help students prepare for various engineering and medical entrance exams like IIT JEE and NEET, NTSE, KVPY, etc,” adds Kaushik.

At present, the startup has more than 15,000 registered users from across India, including  cities like Delhi, Kolkata, Patna, Lucknow, and Jaipur. The daily engagement at the platform is 100 min per student.

While the CEO did not share current revenue, he said that the company is achieving 400 percent growth on yearly revenues.

Cymatic operates on a subscription-based model and has paid-course model as well. It has various courses with different packages for the student community. The startup charges anywhere between Rs 20,000 and Rs 1,00,000 a year, depending on the course. Apart from this, the short courses like one time course or masterclasses are priced between Rs 500 to Rs 5,000.

“We have monthly subscriptions ranging from Rs 1,500 to Rs 10,000 where pre-specified syllabus for each month is covered for every subject,” says Kaushik.

The market and competition

The exam preparation space, largely offline at present, is increasingly moving online. Market research firm Technavio says the test preparation market size in India is forecast to grow by $7.14 billion between 2018 and 2022.

According to the HRD Ministry, India has 50 million students in colleges, and around 240 million in junior and primary education. Some of these students will – at some point in time – need to prepare for competitive exams. Edtech companies like Examarly, Unacademy , ixamBee, Prepscholar, Pariksha, BYJU’S, and many more are eyeing this target audience.

Speaking about competition, Kaushik says that since almost all edtech players in India are new, the customers are not exactly aware of the value and cost-benefit of edtech products. “Customers are continuously looking for a product which suits their needs, and this provides ample space for all etech players,” he says.

Funding and plans ahead

Cymatic says it is recognised by the Government of India, and the governments of Bihar and Jharkhand. So far, it has received seed funding from the Bihar government, and a few angel investors. It has also received a Hardware Grant from Learning Equality, US.

The startup has raised undisclosed funding from a bunch of private investors, including KPS Kesri, Rajeev Sharaf, Niraj Kumar, and Sushmita Sinha. It is now closing its pre-seed round with a clutch of investors including Patna-based Karekeba Ventures.

What’s next for Neuron Energy?

How Jaljeevika is enhancing the income, livelihood, and productivity of inland aquapreneurs

Why more restaurants are preferring to go digital, and away from third-party aggregators