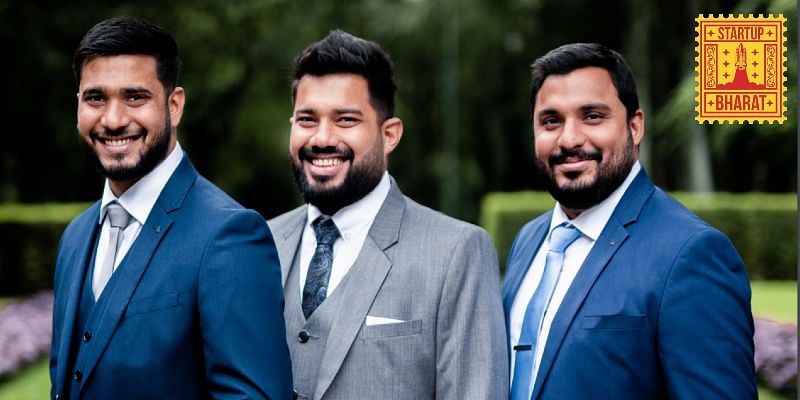 Recalling his journey, Aaron says, back in 2002, he landed a part-time job distributing flyers during his summer break to promote a restaurant. “I did it for some pocket money,” recalls Aaron, who was 17 then. He then became a coordinator for the flyer delivery service and even got his friends from college to distribute flyers. Soon, more restaurants and clubs in Goa became clients of this teen group. This was Aaron’s first stint at entrepreneurship.

From flyer distribution to working for a design firm in Norway and doing design development for a media company, Aaron has come a long way in his entrepreneurial journey.

In 2014, Aaron started Kilowott, a tech startup, along with his brothers to provide digital strategy, design, and development to its clients.

Kilowott claims to have done more than 2,000 projects globally. Some of its prominent clients include Craft, Bosch, Mazda, Netflix, and Nickelodeon to name a few. Since its inception, the team has expanded to Asia, Europe, and the US.

While Aaron was working in Norway, his younger brother Caleb started a website development firm company in Mumbai called Kodework in 2014. “We started getting more clients, and in 2015, we moved base to our hometown in Goa, to give back to the state,” says Aaron.

But since the pandemic hit, the founders decided to consolidate all these companies into one. “We decided to realign its verticals into a single entity – Kilowott,” informs Judah.

The siblings are born and raised in Goa. Aaron and Caleb went to St. Xavier’s College in Mapusa, where Aaron studied arts and Caleb did commerce. Judah is a mechanical engineering graduate from Padre Conceinciao College of Engineering, Goa.

Today, the startup has a team of 150 people across locations.

The startup competes with companies in the global digital transformation market, which is anticipated to reach $798.44 billion by the end of 2025, as per a new analysis by Grand View Research.

From Zendesk to Microsoft and other IT companies, there are thousands of companies working in this space.

According to Aaron, what makes Kilowott stand out is the company collaborates with its clients and often constructs combined teams to help drive transformations from within.

The bootstrapped startup initially worked on a freelance model, which allowed to work on a lean cost. After moving to Goa, it hired a small team and started working full-time from a rented apartment.

In the first two years, the startup took a loan of Rs 10 lakh, but as the business and revenue grew steadily, it reinvested the profit into the company. The startup charges a fee from its clients for services and collaboration.

In FY 21, the company clocked Rs 12 crore in revenue. Going forward it aims to cover more clients, geographies, and expand the team to 500-people in the next 12-18 months.

This startup helps enterprises save on cloud spends and tech infrastructure

Hyperlocal marketplaces and their relevance in current times

10 Marketing and Communications Leaders to Inspire You in 2021 –

The metaverse of tomorrow will be an internet we’re inside of, says Abhijit Bose, Head of India, WhatsApp