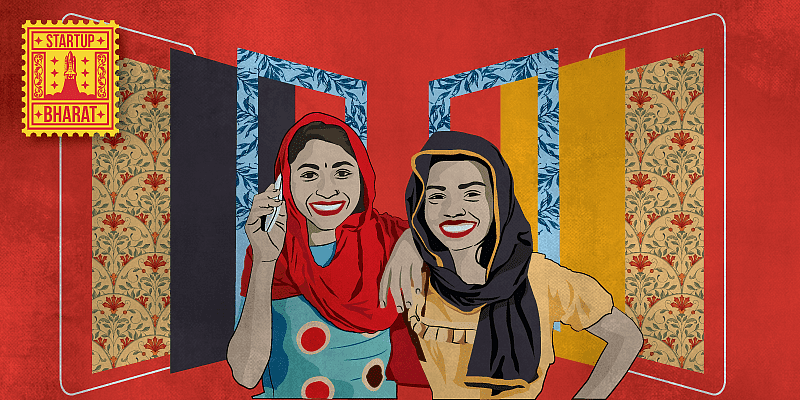 One of India’s newest states, Jharkhand, is a land rich in a vast variety of minerals and forest resources. A new crop of startups are now emerging from this state, also known as The Land of Forests. Bridging tradition and modern technology, read how these entrepreneurs are providing solutions that are global by design but Indian at heart.

Started by two friends Harshit Poddar and Anuvrat Saboo, Ranchi-based SafEarth Clean Technologies is a renewable energy startup that is making the process of transition from conventional fossil fuel as easy as buying a phone online.

Launched in 2017, SafEarth operates a SaaS platform that brings together solar power users, manufacturers of components, financiers, and renewable energy project companies. It also provides consumers with solar plant options at minimal cost, and tools required to manage the same.

“Today, most consumers do not have the required knowledge and expertise to buy renewable energy plants. It is a buying decision that someone will make only once, and live with the consequences for the next 25 years. Thus, it has deterred even the most enthusiastic buyers to often delay the purchase, which is now solved by SafEarth,” he adds.

While several startups are providing these services individually, SafEarth claims to be the only clean energy platform that combines all the aspects of a project lifecycle, and brings them on one common platform.

Since its inception, the startup has been able to generate stable, well-paying jobs in remote parts of India to manage the solar plants. SafEarth also has 20 employees, working across Ranchi, Bengaluru, Delhi, and Jaipur. “Today, our platform has facilitated a net investment of over Rs 100 crore into renewable energy projects in India. The platform is used by some of the leading corporates in the country, including Toyota, Golcha Associated, Graphite India, and the CK Birla Group,” Anuvrat adds.

“Our aim is to enable people and political leaders at grassroot level to join the next-generation digital transformation ecosystem in Jharkhand,” says Utkarsh.

Another inspiring story of a Jharkhand youth who decided to generate jobs in his home state and follow his entrepreneurial aspirations is that of Kundan Mishra.

Kundan teamed up with his brother, Abhishek Mishra, to start CustKart, a merchandise startup, in June 2020. The startup, which sells merchandise like t-shirts, caps, and hoodies to corporates and institutes, especially those located in small towns, has now clocked a turnover of Rs 50 lakh, and plans to become the ‘standard’ merchandise retailer in India.

Bokaro-based Custkart has completed orders for more than 25 engineering and medical colleges all over India, along with a handful of corporate entities. “Our clients now come from places as far off as Nagaland,” tells Kundan.

About choosing Bokaro as the base, Kundan says he always wanted to work in his hometown and village, and create jobs for locals so that they never have to leave their families in search of a job elsewhere.

Jharkhand is also home to Puresh Daily, a startup that has started a milk revolution in non-metro towns from Ranchi. Manish Piyush, an IIM graduate, who worked in 14 countries in senior positions, came back to his home state Jharkhand to solve a basic problem – access to chemical-free milk.

The duo put in a seed capital of Rs 10-15 lakh, raised from family and friends. To ensure nutritious milk, Puresh Daily grows its own vegetables and herbs on its farm to feed its cows. At present, Puresh has about 80-100 cows, and a team of 40 people. Puresh achieved breakeven within the first six months of operations, and the profits have been recirculated into the company.

The company delivers milk to more than 1,500 customers a day, and has its own tech and delivery system to deliver orders. Manish says the company has put an asset-light model in place. As of today, Puresh has customers across Ranchi, Bokaro, Ramgarh, Jamshedpur, and Patna.

Ranchi is also home to deep tech company, Grid, that focusses on bringing effective data management to companies in traditional enterprises such as mining, manufacturing, infrastructure development, and others.

While working for large tech companies, Aayush Agrawal, Shaurya Poddar, Shreyansh Jain, and Udit Poddar realised the stark difference between how technology companies manage their operations and data versus how traditional verticals like mining, manufacturing, infrastructure development, and others manage these operations. This led to the formation of a consulting enterprise in 2017. Registered under the name Pragyaam Data Technologies, it eventually evolved into a B2B SaaS company named Grid in 2019.

“Grid was founded to solve the problems of scalability, long timelines, unreasonable costs, and user acceptance issues that businesses faced with the customised software/tailor-made market, and on the other hand the rigidity of readily available domain specific ones,” says Udit, who is also the CEO of the company.

The startup is a no-code platform that builds online database and process management workflows to solve customers’ data gathering, management, and discovery challenges.

Transparency, trust, timeliness – 30 quotes of the week on digital transformation and impacts

‘Entrepreneurship is not a job. It’s a mindset’ – 20 quotes of the week on leaders and entrepreneurs

Losing momentum after a great start