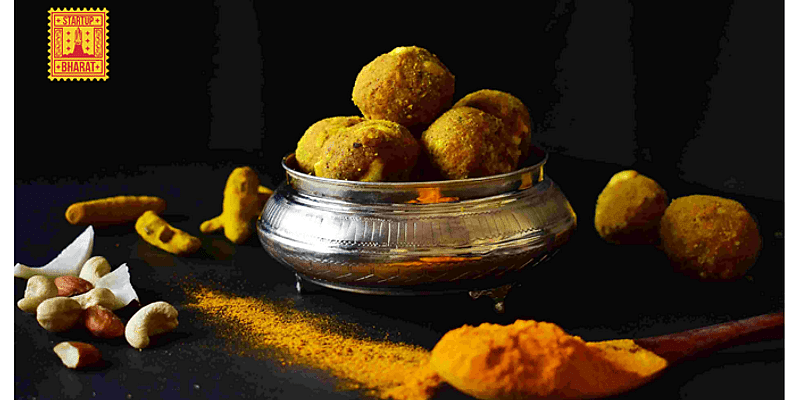 Alpana Tiwari recalls with utmost fondness her childhood memories of cosy afternoons she spent assisting her father, an Ayurvedic doctor, prepare herbal mixtures for his patients. After all, growing up in a household filled with Ayurved acharyas and vaids – her grandfather, father, brother, and maternal uncles among them –  meant any assistance in concocting medicines was always welcomed.

Even though she never pursued a formal career in Ayurveda, Alpana learned a lot from the many doctors in her family, and firmly believes that good health lies in the science of home remedies. Growing up, and even after she got married, Alpana fielded questions from friends, family, and neighbours about home remedies, or ‘nuskhe’ as they are called in Urdu, for ailments as common as cough and cold, to as complex as postnatal care.

When an increasing number of women around her started asking her for post-birth remedies rooted in Ayurveda, as opposed to relying on Western medication, she realised the essential role the ancient Indian medicinal system could play in restoring women’s health.

Alpana started with a simple thesis — Indian households already had the right ingredients for postnatal care for women. In fact, pampering new mothers with highly nutritious foods such as laddoos, prepared at home by grandmothers and mothers has been an age-old tradition in India.

“But over time, with the rise of nuclear families, the wealth of age-old grandmothers’ wisdom around post-pregnancy nourishment is getting lost. There is no reliable source of natural and herbal products available in the commercial space, and the need for post-partum nutrition has grown exponentially, especially in families with working mothers,” Alpana tells YourStory.

Western alternatives such as lactation and protein powders, which are usually inundated with chemicals and unnatural supplements, are not necessarily holistic, and that inspired Alpana to take matters into her own hands.

Alpana teamed up with her son, Viral Tiwari, to pilot test their products. They designed the products and packages in a way that was easy to consume, not too overwhelming, functional for all demographics, and, most importantly, tasty.

The premium package includes up to 20 items, and while that might look intimidating at first, the Jaipur-based startup follows it up with 24 hours on-call assistance whereby a new mother can connect with the startup’s dieticians, gynaecologists, Ayurvedic vaids, and paediatric doctors. The items are all prepared by the startup’s in-house team, and made in consultation with licensed Ayurvedic doctors and gynaecologists.

Apart from the post-natal package, Nuskha puts new mothers in touch with its network of post-natal yoga experts, doctors, and Ayurvedic practitioners to provide round-the-clock support, and answer any questions they may have.

The standard package costs Rs 8,500, while the premium costs Rs 13,500 for 50 days. Nuskha has tied up with a network of over 60 gynaecologists, several pregnancy centres, and medical stores that actively recommend its products to new mothers. The startup largely uses word of mouth and social media to market its products.

“The biggest challenge that we face daily is a lack of awareness. People are not aware that such kind of product is available in the market. We genuinely believe that if we can spread the word around, this can snowball into a new market getting formed,” Alpana says.

Nuskha’s customer base mostly comprise urban, pregnant women of India origin — in the country and abroad — belonging to the medium to high-income group. The startup has shipped its products to mothers in countries like the US, Canada, Australia, and Europe as well.

“These women believe in the power of Ayurveda, come from a traditional or modern-traditional hybrid background, and incline towards natural healing processes and practices,” she adds.

The startup has so far served around 500 new mothers, and 3,000 regular customers who buy individual items such as laddoos and herbal tonics. Its sales have grown 20 percent month-on-month over the last eight months.

Alpana started the company with an investment of Rs 20,000 from her savings. The bootstrapped venture has been unit profitable since day one, and is expected to record a turnover of Rs 30 lakh by the end of this fiscal year. The company is also about to raise its first round of external funding.

Nuskha plans to add more products to its existing line, especially for day-to-day use, but intends to stay laser-focused on postpartum care in India.

Its closest competitors include Western supplement makers, as well as Indian households which prepare their own post-birth delicacies. Up and coming Ayurveda-based startups such as Dr Vaidya’s, Setu, Kapiva Ayurveda, and Surya Herbal are some of the players operating in the space, but none offer postpartum-focussed products.

The maternity care market, which includes lotions, supplements, vitamins, apparels etc, is expected to hit over $9 billion by 2023, growing at a CAGR of around 2 percent between 2017 and 2023, according to a report by Arizton, a research company.

Over 50 pc professionals plan to switch jobs within 3 months: Report

Founded by two brothers, this NY fintech startup is helping lenders modernise their back offices

How OTT platforms are redefining entertainment for millenials