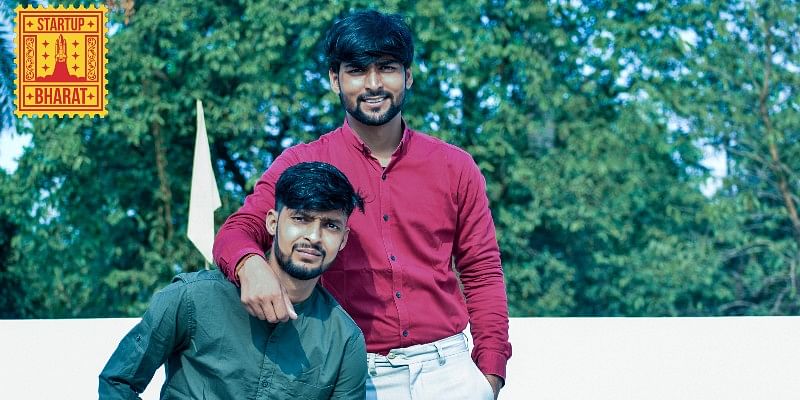 When Kundan Mishra watched TVF Pitchers, a popular web series about four friends quitting their jobs to start up, little did he know that the show will change his life forever.

An engineering student waiting for placements, Kundan’s entrepreneurial journey started in 2017 when would bunk classes to start his own company. After a hustle of three years, he teamed up with his brother, Abhishek Mishra, to start CustKart, a merchandise startup, in June 2020.

Both in their early 20s, Kundan and Abhishek’s aim was to give back to their home state of Jharkhand and be part of India’s “fascinating” community of entrepreneurs. The startup, which sells merchandise like t-shirts, caps, and hoodies to corporates and institutes, especially those located in small towns, has now clocked a turnover of Rs 50 lakh and plans to become the ‘standard’ merchandise retailer in India.

From reel to real

When Kundan watched the online series TVF Pitchers in his third year of engineering at Sikkim Manipal Institute of Technology, he started thinking about how he could become a founder.

“When all the classmates were studying for semester exams and placements, I was googling how to found a startup,” Kundan tells YourStory. At that time, he wanted to create an online salon aggregator.

He then happened to meet Professor Tej S Chingtham, currently the CEO of Government of India’s AIC-SMU Technology Business Incubation Foundation, and discussed his startup idea with him. That conversation led Kundan to act on his idea almost immediately.

He started bunking his classes to work on his startup. Though he was briefly joined by two friends, Kundan ended up working on his idea on his own instead of taking up a job. “It was depressing at times; I would sometimes feel that I made a mistake by not having taken up placement offers in my college,” he confesses.

By December 2018, Kundal dropped the idea of founding a salon aggregator and decided to try one last attempt at starting up, but this time with a completely different vision. “I thought of printing t-shirts for college fests, and it worked,” he says.

Starting from his home state, Jharkhand, Kundan adds, “I initially got about 10 orders from Jharkhand through word-of-mouth. I managed to fulfil the orders from third-party vendors and delivered to the customers. Gradually, more orders started coming in.”

This led him to officially launch Custkart in 2020 with Abhishek, and there has been no looking back since.

However, Kundan is still dealing with a string of challenges. He says that startup is receiving some complaints pertaining to the quality of products from colleges and people, who say that they do not use the products. So, Custkart has started offering merchandise with a guarantee, and Kundan now claims that the quality is better than any other merchandise provider.

The company was started in June 2020, when the unlock from the pandemic-induced restrictions has started happening, and Kundan says the business did not face any lockdown issues.

The merchandising space in India is largely unorganised and crowded with both online and offline players. Some of the startups in the space include Beyoung, Vistaprint, Printo, and Teetalkies, to name a few.

Kundan says that personalised service and striving for quality makes Custkart stands out from its competition.

“Many companies and institutions do not know where to source the merchandise from, and even if they do, the products often do not match the taste of the employees and students who would be using them,” says Kundan.

“At Custkart, we look at both the requirements of the corporates as well as consider the taste of the end-users, which is usually never taken into account. Custkart serves those organisations who want to keep their employees or students satisfied by providing them with the merchandise, as we strongly believe that if you keep your team happy, they will do what needs to be done,” he adds.

In the last six months, the company has completed about one lakh orders for more than 25 engineering and medical colleges all over India, along with a handful of corporate entities. “Our clients now come from places as far off as Nagaland,” tells Kundan.

The company has crossed one lakh merchandised t-shirt orders and has turned profitable, with a turnover of Rs 50 lakh. A t-shirt from Custkart costs about Rs 300- Rs 500.

Starting up in the Steel City

About choosing Bokaro as the base, Kundan says he always wanted to work in his home town and village, and create jobs for locals so that they never have to leave their families in search of a job elsewhere. Kundan shares that his mentor, Professor Tej, has helped him to understand how he can create employment and generate wealth at the village level.

“There are lots of people who would do it for the bigger cities in India, but very few do this in the village, and hence, I figured out that this was an opportunity in disguise,” he says.

Kundan tells that Custkart has its own factory near Bokaro that produces merchandises, and all the workers come from the nearby villages. Having a startup in ‘Bharat’, he says he saves up on building a big office, without any compromise on services and delivery – which is being handled by a 10-people team at the startup. Kundan also says that starting up in a village or a small town is not challenging because the location does not matter any more.

At present, Custkart is focused on only the B2B model, and claims to have established a strong network of corporate houses and educational institutions, especially in small towns.

This year, the company is also planning to enter the B2C space, and add more fabrics such as supima, bamboo, and lotus fabric to its collection of merchandise. Kundan says the company started with zero investment, and to date, the capital is coming from the operations itself. But now, the bootstrapped startup is looking to raise external funding to expand, scale, market, and increase its production capacity from 500 units to 2,000 units per day, and provide more job opportunities in and around Bokaro.

How to Use the Instagram Collab Feature for Posts and Reels

Bharat Biotech may begin paediatric trials of Covaxin in June

How technology is transforming the education sector

7 factors behind the funding bonanza in 2021