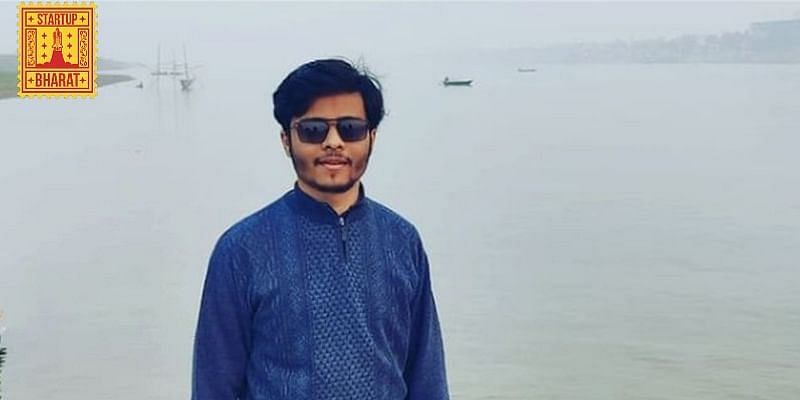 A serial teen entrepreneur and Class VII dropout in Patna has started a virtual academy to mentor those in India’s small towns and villages aspiring to open their own businesses.

Rohit Kashyap started Maytree School of Entrepreneurship last year when he was 18 years old and it is already profitable, having mentored several aspiring entrepreneurs and ventures in rural and semi-urban areas.

According to Rohit, 92 percent of small business owners agree mentors have a direct impact on the growth and survival of their ventures. However, 90 percent of startups, he says, shut down within five years of their launch due to lack of mentorship and planning.

“This is the problem we are trying to solve by providing quality mentorship from founders and top executives in the ecosystem,” says Rohit, also the CEO of Maytree.

“We are also actively working with Startup India and other government departments to help our mentees,” says the founder, who has a team of 14 people to run the academy.

Rohit dropped out of school in Class VII due to his family’s financial difficulties. However, he continued studying at home and registered himself under the Bihar School Examination Board .

Alongside, he started exploring interests such as entrepreneurship, cleared the CA Foundation exam, and ranked among the top 1,000 in the ICAI Commerce Wizard. He also won several science and maths Olympiads.

At 14, Rohit founded the foodtech startup Foodcubo in 2016. It served more than 10,000 customers and was acquired for an undisclosed amount in 2018 by a global platform.

Rather than enrolling in a regular college, Rohit opted for open learning and continued pursuing his passion for startups. He also taught himself coding, started developing software for clients, and then co-founded several ventures.

Simultaneously, he became an influencer on the question and answer portal Quora and started blogging about entrepreneurship.

“In less than six months I got a good user base, with 10 million views on my content,” he says. “People were interested in entrepreneurship and startups, but they faced a lot of problems while starting up because of lack of proper mentorship.”

That spurred him to help first-time entrepreneurs. What started as a personal initiative in 2019, with Rohit helping people on phone calls, took the form of the full-fledged venture, Maytree, in 2020.

Patna was a natural choice for Rohit as he has been based there as an entrepreneur for five years and is well aware of the problems faced by startups in Tier-II and Tier-III towns.

Since inception, Maytree has mentored more than 1,200 students worldwide and incubated more than 50 revenue-generating startups.

“We have helped startups like MagTapp, AryaGoCab, and Bhavesh Pharmaceutical to grow from scratch,” says Rohit.

Maytree charges upfront Rs 5,000 and above for its group mentorship and one-on-one mentorship programmes, and accepts an additional fee if a startup needs more help and collaboration in the future.

The academy also takes a small equity in some startups that varies from company to company, says Rohit.

“We have around 700 paid customers, more than 50 tie-ups, and share equity partnerships in 13 startups,” he says. “We will own only up to five percent equity depending upon the assistance we provide.”

The mentoring startup has clocked revenue of Rs 1 crore so far in the current fiscal, says the founder.

Although Rohit acknowledges several government and private organisations are direct or indirect competitors of Maytree, he says his venture is “setting the culture instead of being just a platform”.

“We are on a mission to set the culture of entrepreneurship across the world and especially in India.”

Maytree is bootstrapped, with around Rs 40 lakh having been invested into it so far.

Rohit says he would also welcome strategic investors, who can support his aim to help more than 50 startups reach at least $10 million valuation each in the next five years.

As word of mouth has brought mentees, Rohit says he has not felt the need to advertise his startup. Maytree is also planning to collaborate with the government to teach entrepreneurship at the panchayat level.

5 Indian startups in the NFT space

Mmhmm raises $100M, which is a fun thing to say to people who don’t follow tech – TechCrunch

Abide By Indian Laws Or Pack Your Bags: Andhra HC To Twitter