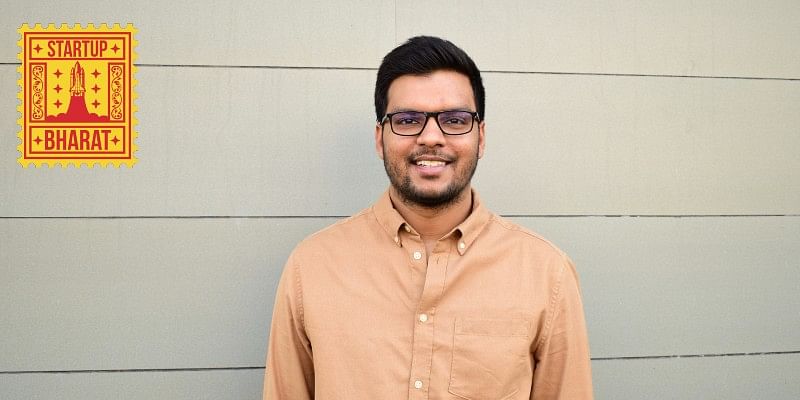 An attempt to stop snacking on junk food but finding few healthy options led a college dropout from Rajasthan to set up a startup that uses a traditional oil-free roasting method to manufacture snacks.

Established in 2018 by Vijay Katta, Jaipur-based Omay Foods is a profitable direct-to-consumer (D2C) startup that sells packaged, ready-to-eat healthy snacks, prepared by roasting only in rock salt, a tradition of Rajasthan.

“Healthy snacking is a widespread category today,” Vijay says. “We roast the ingredients in rock salt, instead of frying or baking in oil or a liquid substance. Salt is heated to 300ºC, dry grains are dropped into it, and cooked in a swift action. It is an unpopular technique in the mass packaged foods industry and that’s where we find our USP.”

What’s more, the snacks are all handmade as no machines are involved, a practice, he claims, can be seen only in his home state.

“It was a dying skill that we are proud to make popular on the global stage.”

All the snacks are made with 100 percent natural ingredients; even the seasonings are prepared in-house with ingredients sourced directly from farmers, he says.

At present, Omay sells 20 varieties of snacks, including roasted seeds and grains, berry-based trail mixes, and traditional Indian snacks such as chana jor, potato flakes, and soybean crisps, priced in the range Rs 100-300.

Omay Foods has its genesis in Vijay’s habit of eating junk food on work trips.

“During my last job at Hello English, I was making extensive day trips,” he recalls. “Initially, it was exciting to eat food at airport lounges and cafes. But soon I was asking myself: How much food from outside can I eat?”

This gave way to a health-conscious decision of opting for home-cooked food, even as he kept searching for healthy snacks in convenient-to-carry packs.

“I could not find many options,” he says.

Coming from a traditional business family, this gap in the market spurred Vijay to work on an idea of producing healthy yet tasty snacks. The answer to “how?” came from his hometown, Jaipur: adopt the method of roasting in rock salt.

In 2017, Vijay incorporated Omay Foods and launched it in April 2018. That was seven years after he dropped out of Shri Ram College of Commerce in Delhi while in the first year and returned to his family in Jaipur due to a crisis.

Instead of enrolling into a local college, he decided to work with startups and held various roles at organisations such as NASSCOM, Uber, and Hello English. During those five years, he learnt how startups function and what it takes to start a venture and run it. That was when he started looking for entrepreneurial ideas.

According to Vijay, the snacks market in India is dominated by fried varieties, with not as many healthy products available for those looking to improve their dietary habits and lifestyle. This consumer segment is Omay’s target, he says.

“While individuals keep a check on their standard meals (breakfast, lunch, dinner), they end up consuming whatever they can to satiate the hunger pangs between meals, during high-tea hours, or late at nights,” he says. “There is a lack of travel-fit, portable snacking options without fat or cholesterol tensions.”

Omay’s competitors in the healthy snacks segment include Keeros, SnackAmor, Tapas Foods, Herbs & Us, and Nutty Gritties that sell roasted grains, trail mixes, among other products. Their price range is also quite similar to Omay’s.

As a D2C brand, Omay retails its products on its website, as well as ecommerce marketplaces such as Amazon and Qtrove. Vijay says the startup has also partnered with several physical retail stores and its snacks are available in 200 speciality gourmet stores across Mumbai, Pune, Bengaluru, Delhi, Chandigarh, Ahmedabad, Surat, Jaipur, Raipur, Bhilai, Guwahati, Hyderabad, Vijawada, and Coimbatore.

“We also have a strong presence in the gifting segment, working with clients such as Chola Wealth, Cadbury Gifting, CRED, Holiday Inn Resort Goa, and CGI,” says the founder.

Back in 2018, Omay would sell only a few hundred units a month, but now clocks over a lakh units in sales monthly, says Vijay.

“The company broke even 18 months after its launch and is now a profit-making entity.”

Till now, the startup has sold more than 25 lakh units and clocked cumulative revenue of Rs 4 crore.

Amid the pandemic last year, the startup expanded to the UK, listing itself on Amazon UK. Now, it plans to have physical retail and ecommerce presence in Canada, the UAE, and EU.

Bootstrapped with a personal investment of around Rs 15 lakh, Omay is looking to raise funding from investors to scale its D2C business in India and support its international expansion plans, says Vijay.

His aim is to make Omay an ubiquitous snack brand, “just like Pepsi is to soft drinks”.

How to Use LinkedIn Hashtags