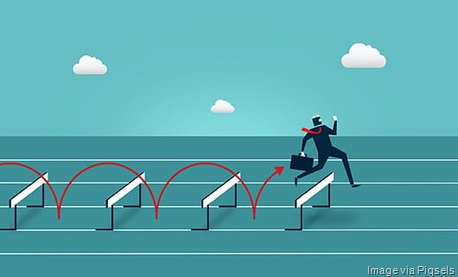 “Intrapreneurs” are entrepreneurs inside big companies, who do corporate spin-offs. A spin-off is merely a startup spawned by a mature parent (company), and conventional logic would dictate that it has a survival advantage over the lowly startup. Yet spin-offs seem to most often fail to launch in the real world. I was part of one myself a few years ago, and felt the pain.

My first thought is that spin-offs are like struggling adolescents with over-protective parents. When companies spin off a division (sometimes called a demerger or deconsolidation), they naturally want it to grow and succeed on its own merits, just as they have. But like protective parents everywhere, they tend to shelter it in ways that stunt its growth in the long run.

Before we look at my specifics, I should mention some of the reasons companies make the spin-off or divestiture decision in the first place. Contrary to popular belief, according to a report by A. T. Kearney, these go well beyond an organization getting rid of its “problem children:”

In retrospect, in the case I was part of, I believe there were several areas in which the parent company consistently fails in their discipline of intrapreneurial efforts:

In my view, fostering successful spin-offs, like raising adolescents, often requires tough love, embodied in the tough financial objectives and a firm timeline that startup investors impose on their charges. No free passes, and no bailouts. HP tried to come to grips with all these issues a few years ago, in spinning off its PC business, but ultimately backed down.

In most ways, the success of a spin-off depends on the same factors that are critical to a startup, but sometimes get forgotten or taken for granted as a corporation matures. These include a clearly articulated vision and business strategy, communicated from leaders in a way that heightens motivation and lessens team anxiety of the unknown.

For entrepreneurs, this analysis should be a positive message, but it should also be a wake-up call to the overriding value of leadership and effective communication. For all of you who all too quickly tie your business success or failure to funding, or the lack of it, think again. Sometimes it helps to be “hungry” in that respect.