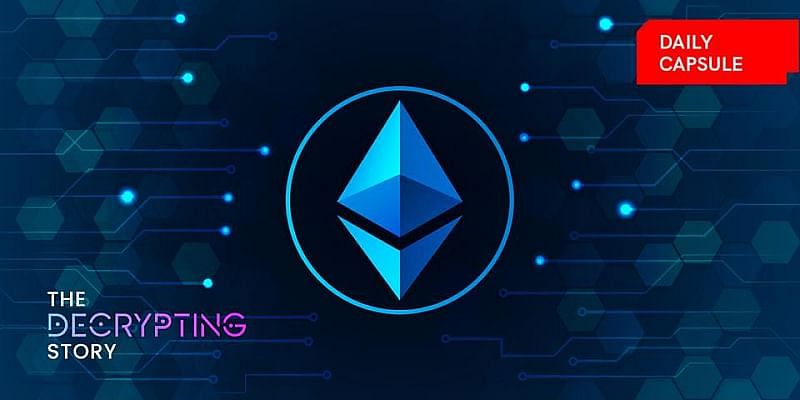 Barely a month after Serena Williams announced her retirement, 41-year-old Federer took to Twitter to announce that next week’s Laver Cup in London will be his last ATP event.

One of the most successful tennis players of all time, Federer has won 103 ATP singles titles, including 20 Grand Slams over the 24 years of his illustrious career.

Meanwhile, Patagonia founder Yvon Chouinard is giving up all his shares worth $3 billion to help fight climate change. “Earth is now our only shareholder,” wrote Chouinard in an open letter on the company’s website.

Turns out, it all depends on one molecule.

Here’s your trivia for today: When did the first Filmfare Awards function take place?

Cutting 99% of its carbon footprint, the Ethereum blockchain made history by successfully completing ‘The Merge’—a transition from a Proof of Work (PoW) system to a Proof-of-Stake (PoS) network.

While transaction speeds won’t reduce overnight, The Merge is set to make Ethereum faster, more scalable, and more decentralised and paves the way for further upgrades.

Electric vehicles (EVs) are becoming more mainstream, with more than a million units running on Indian roads. This calls for the need to develop a robust charging infrastructure.

The startup has over 3,000 learning and development (L&D) specialists on the platform and has trained more than two million people.

When did the first Filmfare Awards function take place?

Answer: The first edition of Filmfare Awards, originally known as The Clares, was held on March 21, 1954 at Mumbai.

Hollywood star Gregory Peck was invited as the guest of honour but he couldn’t make it due to a delayed flight.

Wonder Women is like a warm hug from a friend, but a quick one at that

How leap.club is on its way to becoming a go-to social professional network for women

Meesho integrates with ONDC for an inclusive ecommerce ecosystem