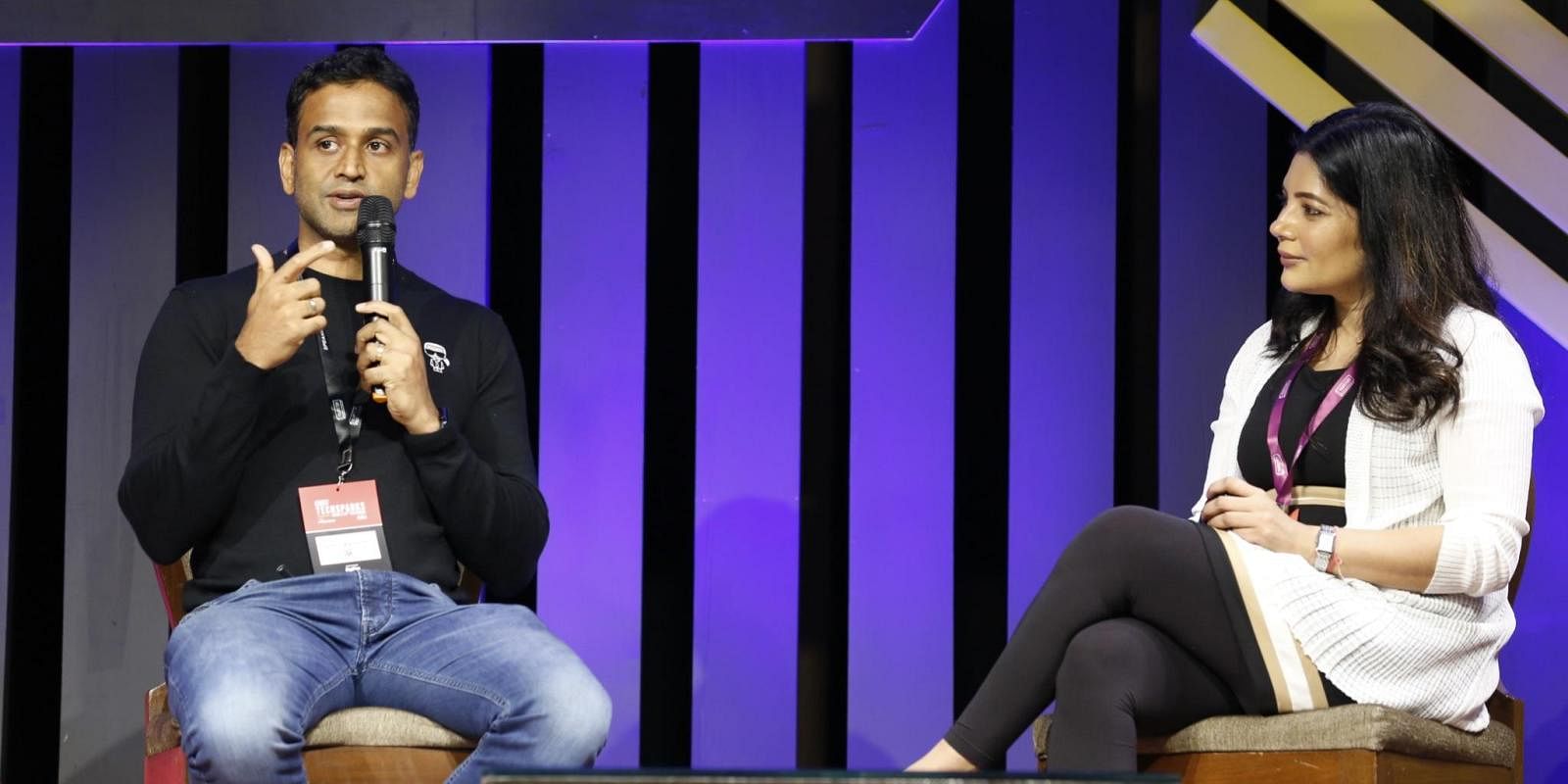 Nithin Kamath almost sounds sage-like talking about valuations in a slowing funding environment, expounding on why it’s counter-productive to not oversell either to customers or investors.

The Founder and CEO of bootstrapped online discount brokerage firm Zerodha has always been vocal on hyper-valuations, and that came to the fore at the inaugural session of 13th edition of TechSparks, YourStory‘s flagship event and India’s most influential startup-tech conference.

A cycle of hyper-funding and hyper-valuation puts additional pressure on entrepreneurs to keep justifying those, Nithin said in a conversation with Shradha Sharma, Founder and CEO of YourStory.

“Now that you have taken money from someone saying you are worth a billion dollars, how do you keep justifying it? It like a treadmill. Once you oversell, you have to keep investing a new story to justify the previous one,” he said.

“In the financial services business, how do I justify it to the investor without compromising my customer’s interest? What is right for investor, may not be right for customer.”

In recent years, India’s booming startup industry has faced a reckoning as some popular tech companies, including Paytm, Zomato and Nykaa, that hit the public markets last year, saw their shares plunge below the IPO price.

Nithin cautioned against equating net worth with valuation, saying, “Taking money from someone to build a business is an obligation, and not money that you made. For us, valuation is just money in the bank.”

Zerodha valued itself at $1 billion during an ESOP buyback programme of Rs 60-65 crore in 2020. Later, the Hurun Startup Valuation list pegged the company’s worth at $3 billion.

Nithin gave the example of US-based stock trading and investing app Robinhood that has seen its valuation drop to $8.5 billion from about $35 billion last year. “They way the founders (at Robinhood) were talking, they made it seem like the valuation was going to touch $200 billion.”

‘Winter is here to stay’

Last year’s buoyancy in startup funding has had a flipside, said Nithin, adding that it had created an entry barrier for upcoming entrepreneurs to try new things.

“It has become increasingly difficult to build a minimum viable product (MVP) in a few million dollars,” said Nithin, adding that the “funding winter doesn’t seem to be going anywhere as of now.”

“Private market correction has set in. Public market hasn’t seen any correction because India as a country has been doing well,” Nithin said.

“It’s become much harder to raise money. The winter is here. The money that came in to VCs and PE was really the excess capital from US. So now they are questioning whether they should bother to invest or take risk on the currency. A lot of them have lost money due to currency depreciation.”

The ongoing funding winter, however, has set in a market correction phase as founders increasingly start focussing on burn rates and unit economics, which Nitin says is a “good development and brings in resilience.”

Sleepyhead is taking the pain out of mattress shopping

[Techie Tuesday] How software came into ToneTag CTO Anil Kumar’s life unexpectedly, and became the great love of his life