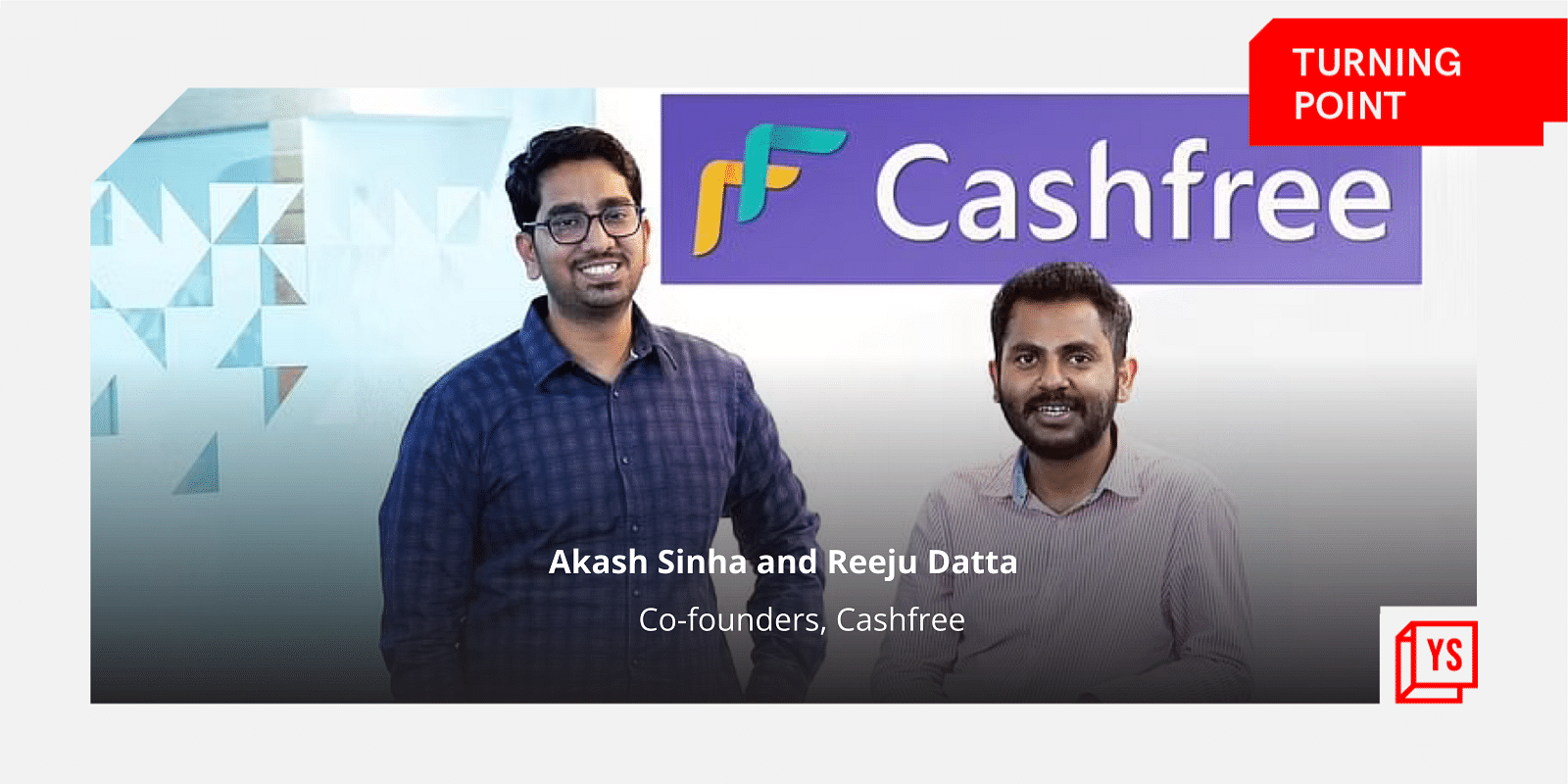 Cashfree Payments — a Bengaluru-headquartered digital payments startup — is reportedly in talks to raise funds that would take its valuation to nearly $1.3 billion and get the startup into the coveted unicorn club.

In June last year, the fintech startup had raised funding from India’s largest public-sector lender State Bank of India at a valuation of $200 million.

Before starting Cashfree, Akash and Reeju experimented with different ideas such as “building a social network for workplaces or running a portal that would match entrance exam scores with the qualifying institutions,” Akash told earlier to YS.

Started as a fintech solution for ecommerce companies who wanted to digitise cash on delivery (CoD), Cashfree wanted to help customers with an app as an alternative to the point of sale (POS) machines. They could pay through either a credit card, debit card, or net banking before the delivery executive arrived using the link on the app.

“It was a fairly novel idea back then, and we had managed to partner with close to 300 offline stores in Bengaluru. But as a startup in its formative days, the idea was difficult to scale. We realised merchant aggregation was getting costlier and chose to shift completely to the online space,” he added.

Cashfree’s “eureka moment” happened when it was trying to understand the pain points of online payments, thereby launching its payment gateway in April 2016.

Simultaneously, the company saw a bigger opportunity when it realised the issues startups and small and medium businesses faced with bulk bank transfers.

“We saw a lot of businesses suffering from the problem of bank transfers, finding it difficult to pay vendors. Further, reconciliation was a major problem for B2B businesses, which cost them close to three to four hours of productivity every day. So we thought, ‘Why don’t we automate the bank transfer problem?’” Akash said.

Soon after, the company pivoted from a customer-facing digital payment solution provider to a technology platform for inward remittances and outward bulk payments for merchants.

Earlier this week, Cashfree Payments said it is doing peak processing of 1,000 payouts per second, and it processes transactions worth $20 billion annually.

The startup added that ecommerce and financial services merchants are leading the growth in disbursals, with its disbursal platform helping merchants make two million disbursals a day to beneficiaries.

In November last year, Cashfree Payments invested $15 million in UAE-based payment gateway Telr to expand its footprint in the Middle East and North Africa regions as it plans to enhance operations globally.

It already has operations in eight countries, including the US, Canada, and UAE, besides India.

What’s the process for getting International Entrepreneur Parole? – TechCrunch

Brazilian fintech infrastructure company Dock closes on $110M in funding, now valued at over $1.5B – TechCrunch