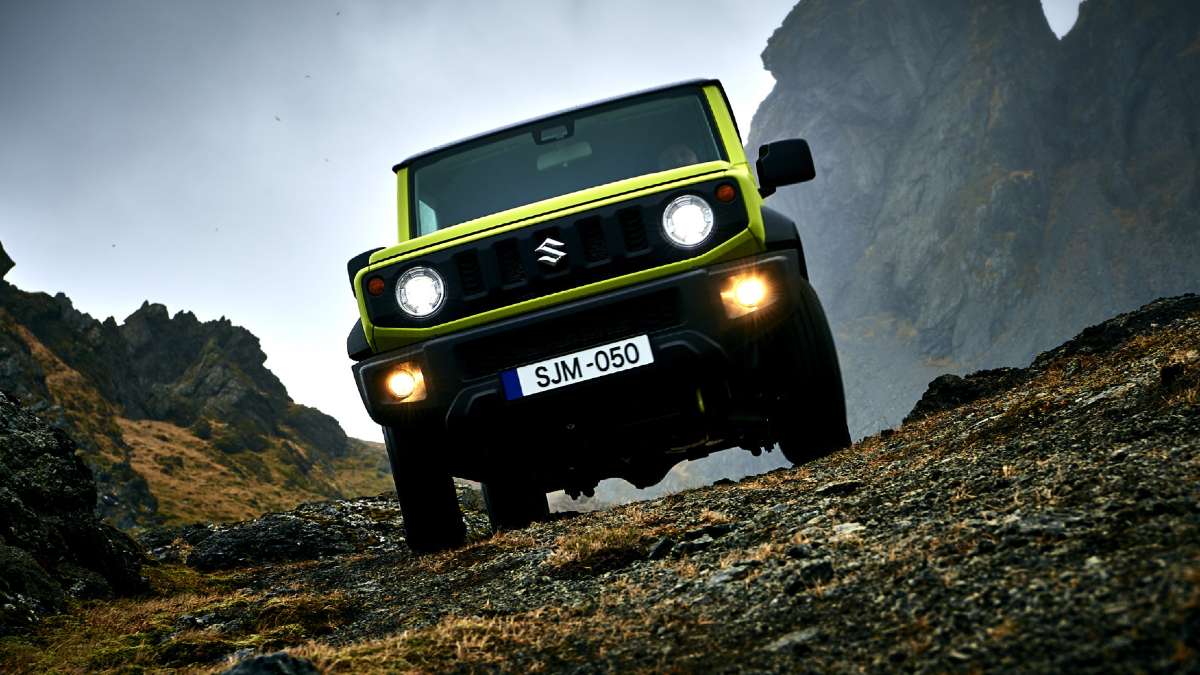 A Japanese news outlet has added more credibility to the speculation that a 5-door Maruti Suzuki Jimny is under development. The website claims that Suzuki Japan will introduce a five-door Jimny in its home market in 2022. Further, the longer 4×4 is also expected to feature a more powerful turbo-petrol engine. It is speculated that the Suzuki Jimny 5-door will be launched once Suzuki Japan can better accommodate the surging demand there is of the standard Jimny. With Maruti Suzuki pitching in with Jimny production, sales of the Jimny have surged despite Suzuki withdrawing the 4×4 from many European markets as a personal vehicle.

The company is also developing more variants of the standard Suzuki Jimny. The long-wheelbase version of the Jimny was to be debuted in concept form at the now-cancelled 2021 Tokyo Motor Show, claims the website.

The 5-door Suzuki Jimny will be 3,850 mm long, 1,645 mm wide and 1,730 mm tall. This makes it 300mm longer than the 3-door Jimny, although the width and height remain unchanged. All the added length has been to the wheelbase, which is now 2,550 mm so the 3-door Jimny’s approach and departure angles should not be greatly impacted. The front track remains unchanged at 1,395mm as does the rear at 1,405mm. With these numbers, the Jimmy 5-door is still smaller in all regards than the Vitara Brezza. The long-wheelbase version of the Jimny was to debut in concept form at the now-cancelled 2021 Tokyo Motor Show. Image: Suzuki

It is claimed that the Suzuki Jimny 5-door will get a new turbo-petrol engine option. This could be an updated version of the 1.0-litre BoosterJet turbo-petrol seen previously on the Baleno RS in India with about 112 hp and 150 Nm. It is also speculated that the Jimny could get the SHVS mild-hybrid system quite common on Maruti Suzuki cars in India. The standard Jimny is powered by the 1.5-litre K15B four-cylinder petrol which makes 102 hp at 6,000 rpm and 130 Nm at 4,000 rpm. The two gearbox options are a five-speed manual and a four-speed automatic. On the WLTC test cycle, this version has a fuel efficiency of 13.6 kpl.

This fourth-gen Jimny continues with a ladder frame construction, sat on live axles at both ends, which will continue with the longer wheelbase version. There is the AllGrip Pro 4WD system with a low-range transfer case as well as a brake-based limited-slip differential. A hill-hold and hill-descent function is also available. The Jimny in three-door form has a 27-degree approach, 28-degree ramp break-over and 48-degree departure angle. Ground clearance is 210 mm.

There is still no confirmation on whether the Maruti Suzuki Jimny will be sold in India, given that this is expected to be a niche offering by Maruti Suzuki’s standards. Although with local production beginning in a similar spec to other Maruti Suzuki offerings, and a more appealing five-door version in the works, the chances for an Indian launch for the Jimny look quite strong. If launched, we expect the Suzuki Jimny 5-door to be priced above the Vitara Brezza.