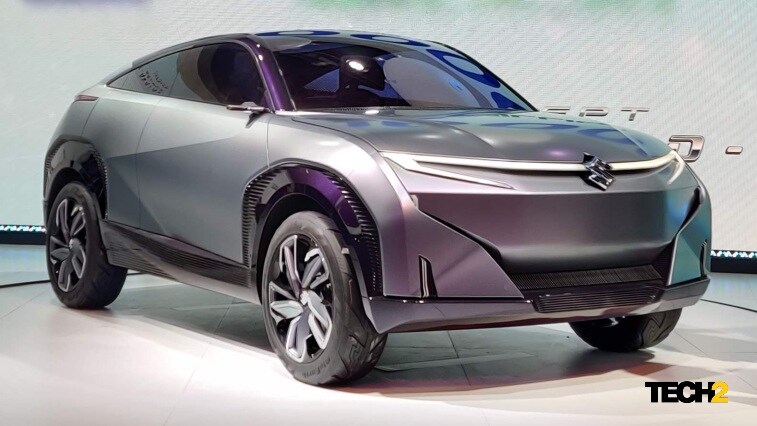 It was only last year that Suzuki Motor Corporation celebrated its 100th anniversary, but 2020 was a year marred by the COVID-19 pandemic, which hit Suzuki equally as bad as it did other manufacturers. However, despite the setback, Suzuki is unwilling to back down and has put in place a detailed plan for the next five years, with which it intends to not only regain lost ground, but also consolidate on its strong presence in the Indian market.

In its mid-term management plan, Suzuki has laid out a path from April 2021 to March 2026, and the two important focus areas for the company are interlinked – CO2 reduction and electrification. Over the next five years, Suzuki will invest over 1 trillion yen (approx. Rs 69,000 crore), most of which will be dedicated to research and development of electrification solutions for its future models. In India, Suzuki foresees its Indian arm, Maruti Suzuki, gradually making the transition to having more electrified vehicles in its lineup. According to the mid-term plan, Maruti Suzuki will focus on promoting hybrid vehicles in its range, and also introduce a full electric vehicle. It must be noted at this point that Maruti Suzuki does have mild-hybrid models in its range at present. A mild-hybrid system is on offer with six of its models today – Ciaz, Vitara Brezza, Ertiga, XL6, Baleno and S-Cross. As for the full EV, Maruti Suzuki had flagged off 50 development prototypes – based on the Japan-spec Wagon R – back in 2018, but the production model is understood to still be some time away.

On the product front, Maruti Suzuki will be strengthening its presence in India’s booming SUV market. At present, it only has the SUV-styled S-Presso and the Vitara Brezza compact SUV in its range, but is co-developing a midsize SUV with Toyota, and is also set to bring in the next-generation Vitara Brezza. Additionally, Suzuki has highlighted the importance of CNG models in Maruti Suzuki’s portfolio, and foresees demand for CNG cars growing in the time to come. At present, Maruti Suzuki offers six of its models with a factory-fitted CNG option, and has been going all out in promoting its CNG range in the country with the help of online and offline advertisements.
Another key focus area for Maruti Suzuki in the next five years will be ramping up production capacity, along with opening more outlets and stimulating demand in rural areas, and increasing the level of digitisation to improve sales efficiency.

As for its global partnership with Toyota Motor Corporation, Suzuki aims to expand the mutual supply of hybrid vehicles, co-develop a small EV platform and promote the use of batteries for hybrid vehicles produced in India. Interestingly, the plan makes a mention of enlarging ‘mutual supply of vehicles and powertrains.’ So far in India, it is only Toyota which has badge-engineered Maruti Suzuki vehicles and sold them as its own products, and two more models – Ciaz and Ertiga – are to head Toyota’s way. It remains to be seen which other Maruti Suzuki models will be sold under the Toyota banner in the future, and if any Toyotas eventually are sold as Maruti Suzuki products.

On the two-wheeler front, Suzuki wants to have a diverse range of offerings, but is aiming for commonisation of platform to make new models more cost-effective. The other important point is that Suzuki will build all-electric scooters, a segment that has seen a lot of action in the last few years. At present, the Ather 450X is the e-scooter everyone is talking about, and other prominent names in the segment include the reborn Bajaj Chetak and the TVS iQube, which is only available in select cities as of now.

Surge protectors to keep all your devices from harm- Technology News, FP