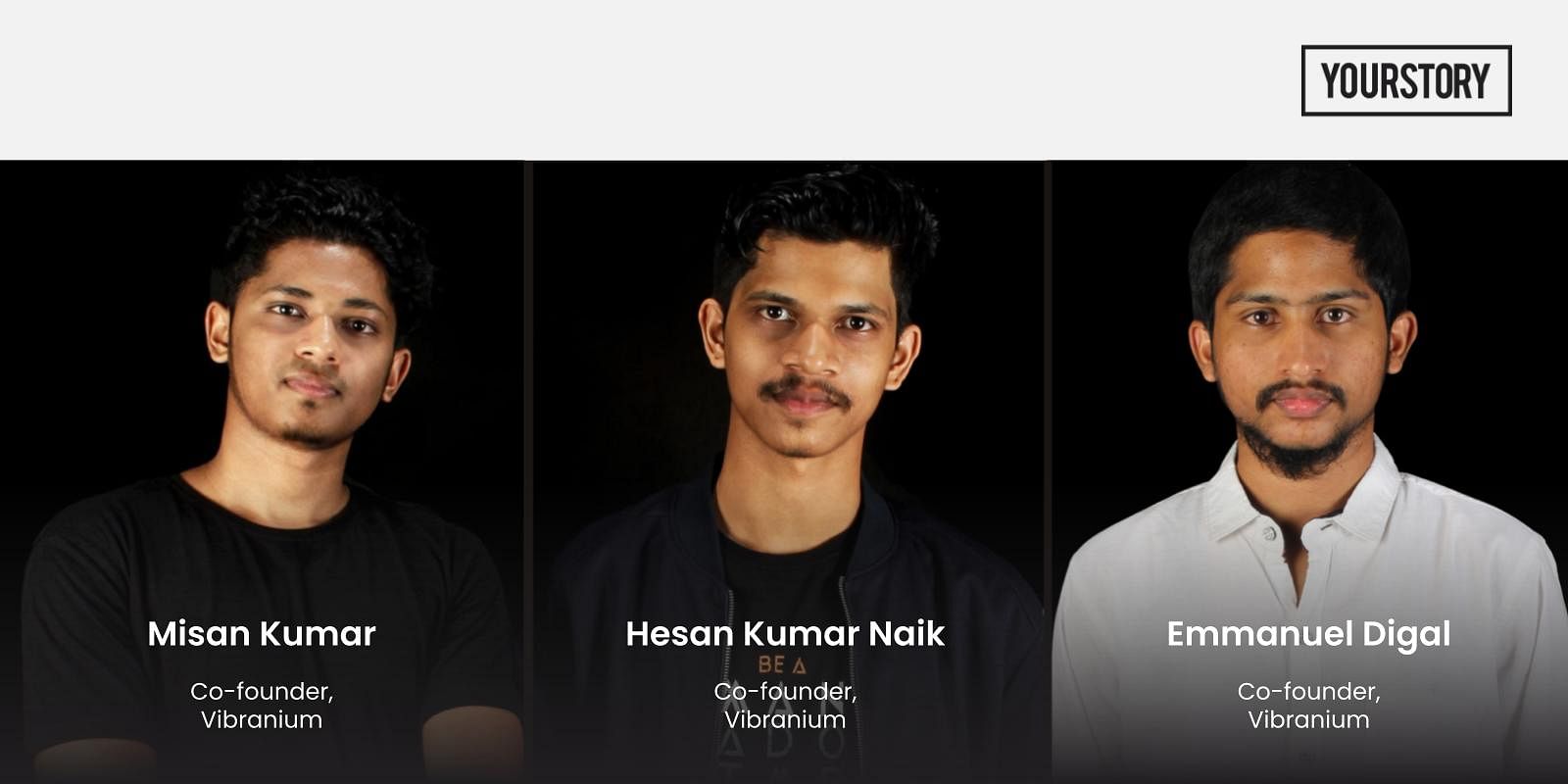 The Collin Dictionary announced it as the ‘word of the year’. Given its steady rise through the past year, we are not surprised. We are talking about NFTs, or non-fungible tokens. Just to provide some perspective on its rising popularity, the sales volume of NFTs surged to $10.7 billion in the third quarter of 2021, alone.

While the metaverse and the NFT trend is most prevalent in the US, India is not far behind. Over half-a-million Indian users have shown interest in NFTs and metaverse projects from the beginning of November till date, a new report by DappRadar reveals. As the NFT trend catches on, new-age startups are entering the space by either creating marketplaces or by creating an intelligent layer on top to create mechanisms for NFTs to interact with things such as games.

Get connected to Vibranium

Riding this opportunity, Bengaluru-based Vibranium, which is among the YourStory’s Tech50 list of most promising early stage startups, is gaining momentum as one of the fastest-growing marketplaces for artists who can convert their digital artwork into NFTs and can sell them at a fair value.

Three brothers, Hesan Kumar Naik, Emmanuel Digal, and Misan Kumar saw an opportunity in this growing space and wanted to create a native marketplace for the average Indian artist to sell art and not go through a heavy ‘gas fee’ to get access to the similar market with heavy competition. Simply put, ‘gas fee’ is the transaction price a user pays for having their transaction computed and included in the blockchain.

Get connected to Vibranium

The brothers started their maiden entrepreneurial journey with Foodvail, a Odisha-based breakfast delivery startup to serve schools, while still in their teens.

However, finding it difficult to balance work and studies, they decided to shut shop in early 2018 and went on to pursue college while the eldest one, Hesan, moved to Bengaluru. While working a few odd jobs, the eldest brother who dropped out of college started developing interest in the financial market and decided to try his hands at stock market trading. During this time Hesan learned about the new-age fintech segments such as blockchain and cryptocurrency.

“It was around early 2020, when I came across NFTs and started trading on OpenSea, one of the largest NFT marketplaces. The concept was and still is picking up in the country. However, we noticed that there weren’t many Indian players or marketplaces for trading NFTs and decided to cash on this opportunity,” says Hesan.

He was soon joined by his brothers Misan, an experienced digital marketer and Emmanuel, who worked with Calibehr previously and has studied accounting and finance at Corporate Finance Institute (CFI).

Together, the three brothers built Vibranium, based on Binance Smart Chain— a blockchain network built for running smart contract-based applications, similar to Ethereum.

NFTs are “one-of-a-kind” assets in the digital world that can be bought and sold like any other piece of property, but which have no tangible form of their own. The digital tokens can be thought of as certificates of ownership for virtual or physical assets. In short, NFTs help establish ownership of digital assets on the blockchain.

With NFTs, artwork can be “tokenised” to create a digital certificate of ownership that can be bought and sold. NFTs can also contain smart contracts that may give the artist a cut of any future sale of the token.

Originally NFTs were part of Ethereum blockchain but increasingly more blockchains have implemented their own versions of NFTs. One of them is Binance Smart Chain. By building NFTs on this blockchain, Vibranium is able to offer a very low ‘gas”, a fee required to successfully conduct a transaction on blockchain or convert an art into a token, in the range of Rs 30-Rs 40 (around 50 cents or half a dollar), in comparison to an average of $128-130 charged by other marketplaces.

This low gas is aimed at helping artists, especially low budget ones, for them to be able to increase NFT sales and showcase them in the virtual world based on the metaverse. A metaverse is a virtual-reality space in which users can interact with a computer-generated environment and other users.

Vibranium began its journey on a Telegram group where it managed to bring about 200 artists together in a short span of two to three months and soon made a splash before officially launching the platform in August 2021.

The startup charges a four percent commission or fee for its services and has over 800 NFT creators on its platform, to date. It claims to have sold over 500 NFTs with the total transaction/trading value amounting to over Rs 50 lakh.

“95 percent of the artists are Indian and we are getting demand from newer markets like Germany and Netherlands.”

One-on-one art created by individual artists will remain the core focus of Vibranium. It has set a target of selling over 10 million NFTs by 2025 and entering new spaces such as education, gaming, event ticketing and so on, to evolve as a multi-chain NFT marketplace.

“We aim to become the number one NFTs marketplace on the metaverse. We will soon be working alongside influencers for exclusive NFT collections, expand our team, integrate Solana blockchain, build our own metaverse and gamify it. We will also tap into microseries NFTs created by individual artists and empower them to create their own collectibles. There is no dedicated market for it as of now,” says Hesan.

Though still nascent, there is an increasing awareness about the advantages of blockchain technology. Thus, Vibranium is poised to capitalise on the rising trend of NFTs and build a marketplace on Binance Smart Chain that isn’t subject to high gas fees and congestion like some other marketplaces which are based on Ethereum.

The startup faces direct competition from domestic players such as WazirX NFT and Kalamint NFT, who are on a different blockchain. The international market is, of course, much bigger and competitive with platforms like Foundation, NFTB.io, and AirNFTs, among several others. Vibranium is a YourStory Tech50 startup for 2021.

Get connected to Vibranium
Edited by Ramarko Sengupta

Blockchain to AI, YourStory’s Health 360 summit breaks down the role of technology in healthcare

[Techie Tuesday] From building interfaces for mammograms to automating customer workflows, how Intuit’s Namita Devadas found her calling in coding