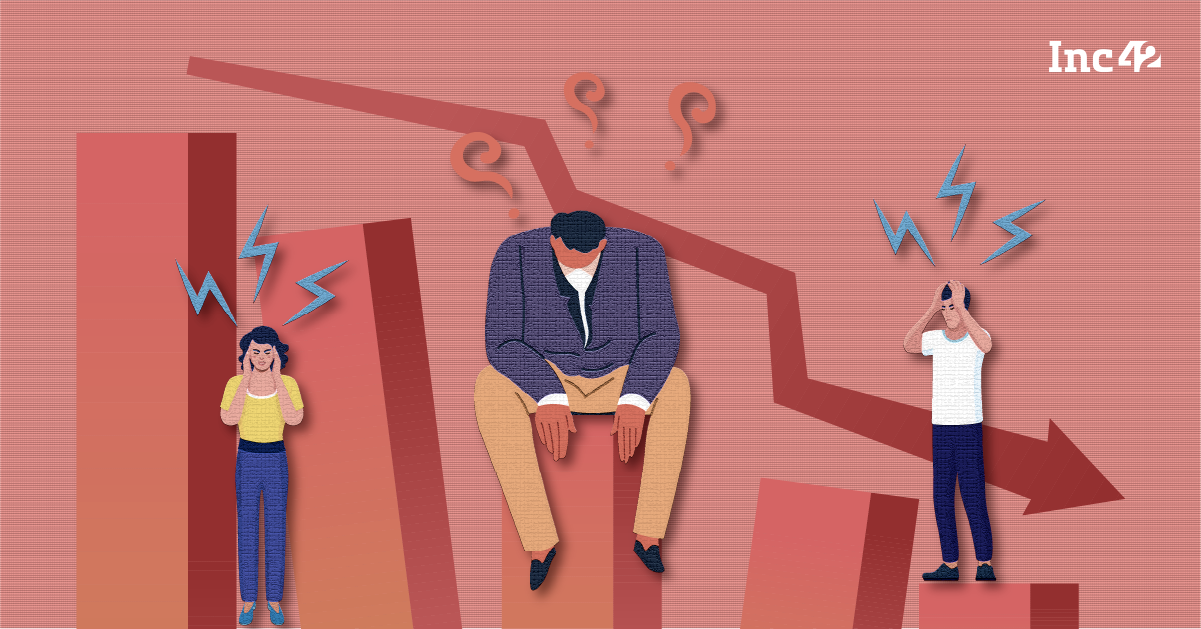 When startups talk about layoffs, the announcements and confirmations are dressed up as restructuring, realignment of operations and in some rare cases, there is a blunt admission that it’s a measure to cut costs.

Even firing or terminating contracts of employees needs that PR spin, but often what is buried and never spoken about is the toll on the people. Layoffs destabilise not just one individual but everything that is built around the stability of a job. But in 2022, employees are questioning some of the moves that led up to these very layoffs.

So this Sunday, we decided to highlight how those laid off in the startup ecosystem are asking pertinent questions about the direction startups are headed in — particularly those that will serve as a guide to the startup ecosystem in the future. Before we do that, here are the top stories of the past week:

The Toll Of Startup Layoffs

“More than not having that job, I lost confidence in some of the edtech platforms. They can change their model whenever they want. They used us to grow and then dumped us,” the anger is palpable when Inc42 spoke to a teacher at Vedantu who was let go by the edtech unicorn in May this year.

Like her, there are thousands of teachers, educators, learning content creators and others being told to leave their jobs across the edtech sector. There are several employees who have actually been through the experience of layoffs in the past for other companies before the pandemic, only to suffer the same again in 2022.

We have tracked the layoffs since earlier this year and so far 11,168 employees have been laid off by 32 Indian startups, which include unicorns such as WhiteHat Jr, BYJU’S, Cars24, Ola, Meesho, MPL, Trell, Unacademy, Blinkit and Vedantu.

The situation, if the alarm bells sounded by VCs are anything to go by, is worse than 2020 when Covid struck. And in a span of two years, this is the second time that layoffs have marred the confidence of employees.

Even though layoffs are not new in the Indian context, the nature of the dismissals in 2022 is different, which includes new phenomena such as forced resignations. Eventually, it is employees that are caught in the middle. Now startups are going to have to win back the trust of the talent before hiring them.

Employees at WhiteHat Jr for example questioned the company’s hard stance on centralising its workforce in Bengaluru. Even in the case of other startups such as Meesho or Ola, the layoffs have come as a result of expansion into hot sectors where the companies did not truly have the focus to succeed.

Why should employees have to change their entire lives at a moment’s notice when the company changes its strategy?

“They decided to expand so they hired and then it didn’t work so they fired. When it suited them they encouraged remote operations, but suddenly it’s not working. It’s like they are blaming the lack of business on remote operations,” said a former WhiteHat Jr employee who was part of the sales team asked to move to Bengaluru.

Of course, consolidation of operations is a major reason for some of the flux in the edtech sector. The employee told us that BYJU’S is consolidating its team for sales across verticals, which is why it wanted to centralise the operations.

Another content creator who was laid off by social commerce platform Trell in February this year pointed out that companies in various sectors use their legal teams to push for extensions on government regulations, but employees do not really have the bargaining power in this case.

Employees that have been let go after a year of rampant hiring have another challenge to hurdle. When they were hired by startups in 2020 and 2021, the salaries were said to be higher because the money was being thrown at talent. Even mid-to-senior level engineering roles easily saw salaries of well over INR 60 Lakh per year, with many jumping from one startup to another for 2x-3x hikes.

We have touched on the dark side of the talent wars in India several times in the past two years, but now laid off employees who had huge compensation packages earlier are more or less being forced to take pay cuts to get potential jobs. Salaries are correcting across sectors, as many founders pointed out during the Inc42 Fintech Summit 2022 last week.

While this past week, the Indian government has claimed that India has over 75K startups that have created over 7.5 Lakh jobs, there has undoubtedly been some damage to the reputation of startups as job creators in 2022.

Employees claim that being fired in this market is like being set back a couple of years in terms of their career growth. It’s not just pay, but also the lack of reliance on any startup job.

Even as startups are laying off employees, IT companies are hiring with greater enthusiasm. Corporates and IT companies such as Infosys, TCS that have large cash reserves are likely to capitalise on the opportunity to attract talent with slightly higher pay and job stability.

One hope is that the lesson from 2022’s spree of layoffs will serve future startups and entrepreneurs in good stead. That’s the silver lining in these gloomy times.

Here’s how the past week has been for the listed tech companies we are tracking: 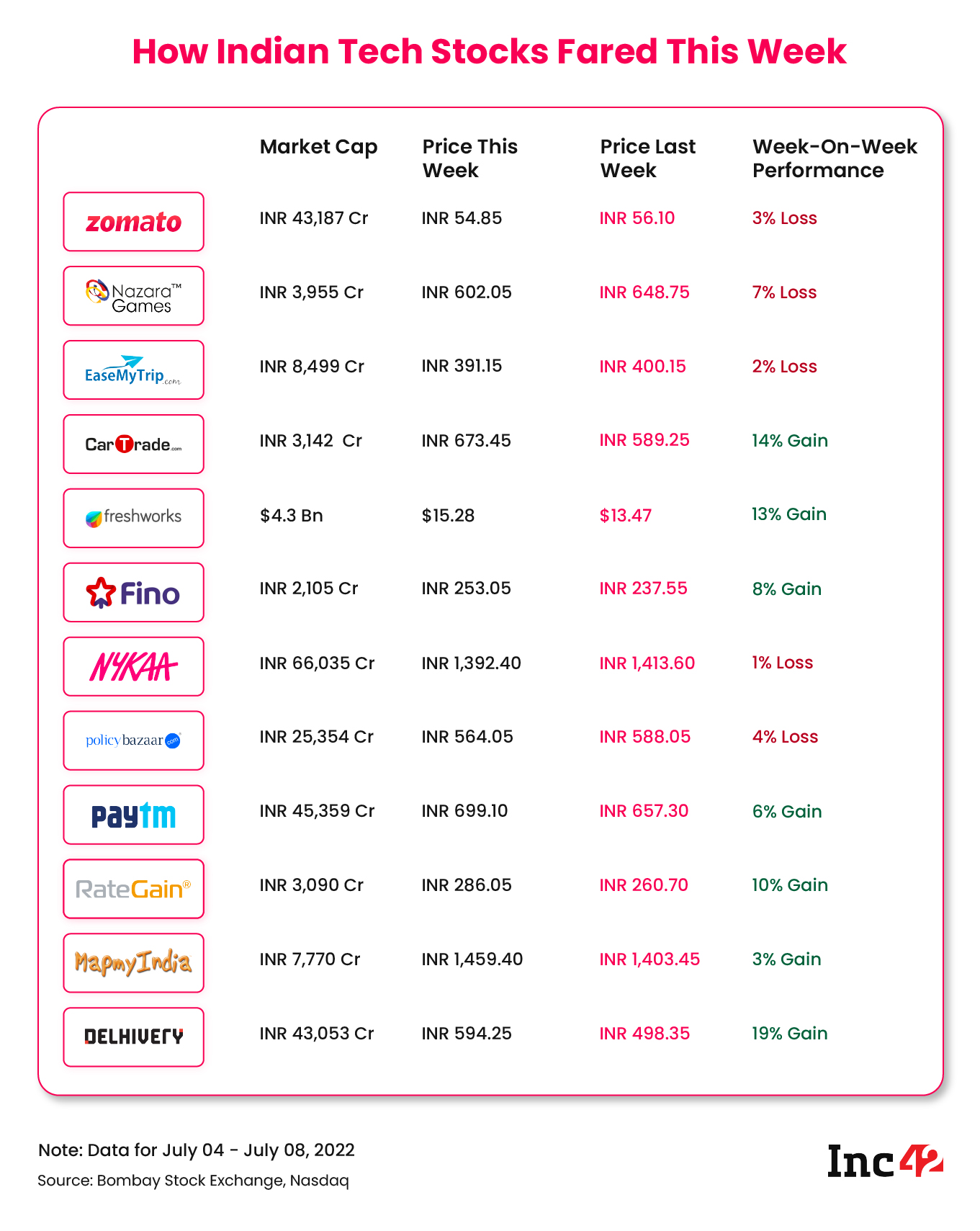 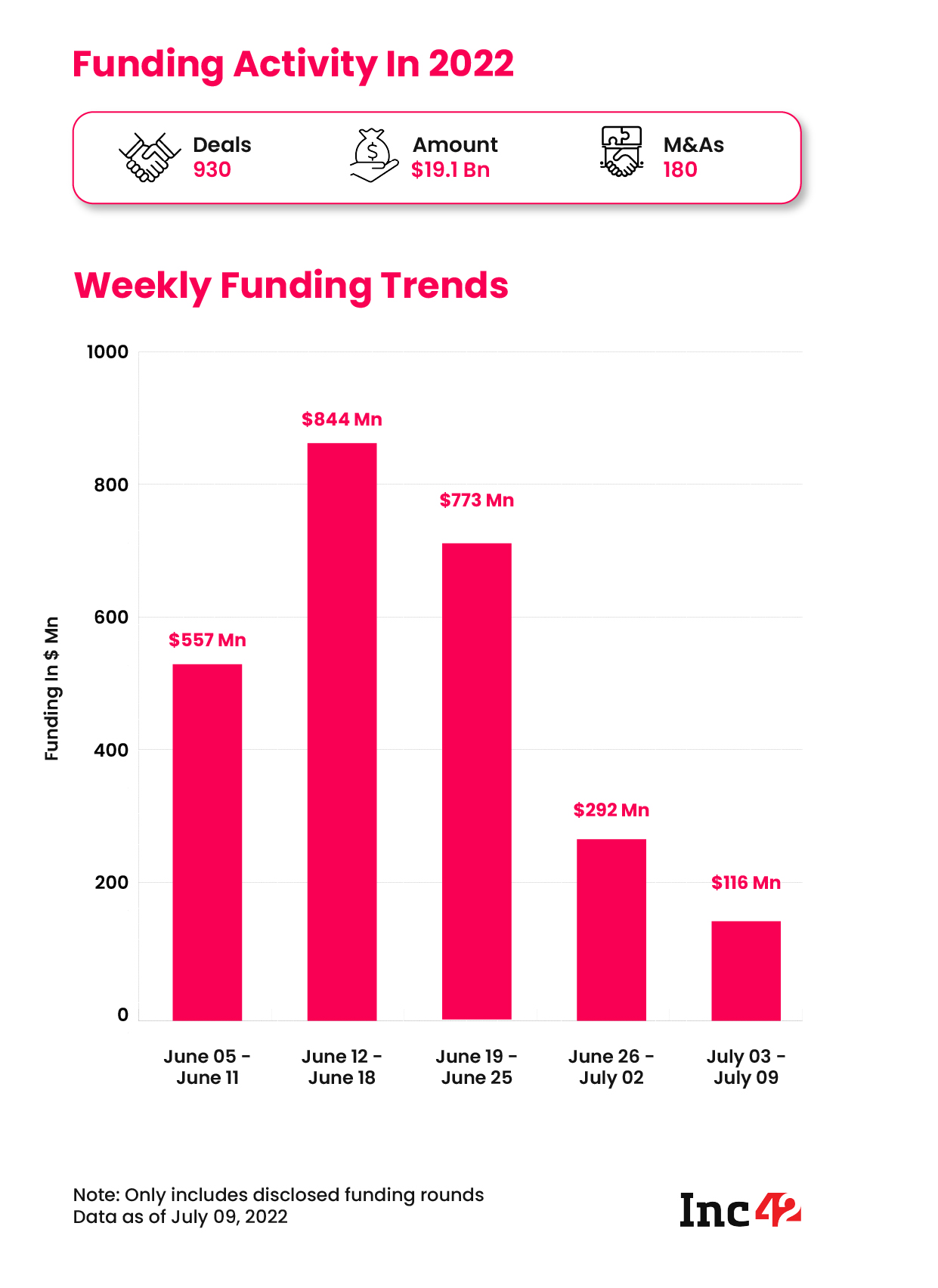 That’s all for this week. Look forward to seeing you next Sunday with another weekly roundup.

Why Start-Ups Need to Hire a Lawyer